I got a chance to play a new game at EGLX that is coming soon to PS4: Riverbond. What is Riverbond about and why should you be looking forward to playing it? Find out in our preview!


Riverbond is a colorful voxel hack, and slash game that could be described as Minecraft meets Diablo in terms of gameplay. I got to spend about fifteen minutes with the game on the show floor, and I did have fun playing this overhead isometric hack and slash. My time with the game started with the character screen. I initially got a bunny knight, a watermelon slice, a donut with a bite taken out of it… and a dog? You can then have up to three extra players join you locally as you jump into battle – when I played my demo I did have a full party with three other players by my side. 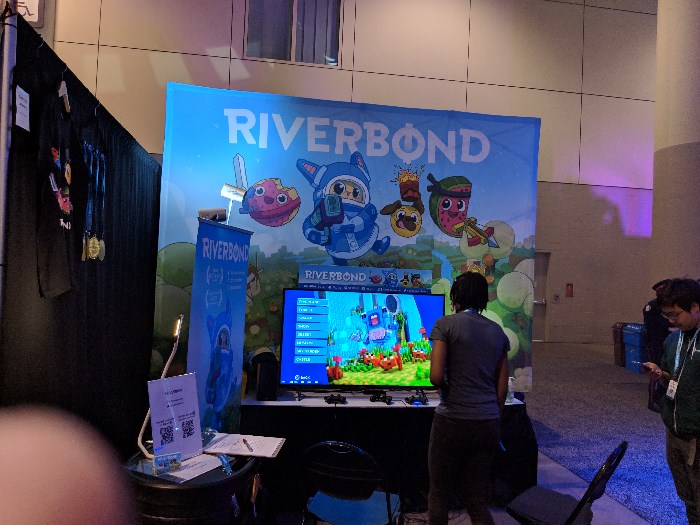 As soon as we jumped into battle, I felt the DNA of Diablo coursing through its veins. I was wandering around an isometric map and hacking and slashing as much as I wanted. The way the world looks and feels made for a fun experience, and the environment was available for me to destroy it as needed. The game is obviously a bit more family-friendly than something like Diablo and other entries in the hack and slash genre.

As you progress through the level, you will find treasure chests which will have different weapons that you can pick up, including spears, guns, giant cat paws, and more. You can store up to five weapons and can switch between them as necessary for each situation. From the ones I got to see in the demo, they offered a great variety and selection and having a diverse set of weapons actually helped as we fought and eventually defeated the boss of the demo. 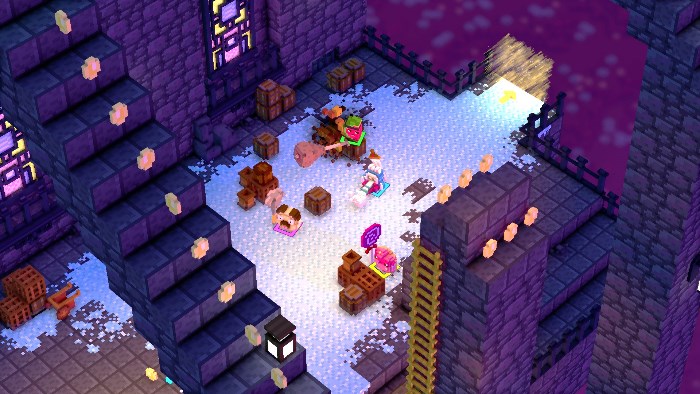 Each set of weapons would also have a different super move you could do, further assisting you in defeating the enemies that populate this world. During my time with the game, gameplay changed from a hack and slash to a bunny rescue mission as we had to rescue multiple bunnies from cages littered throughout a cavern, to a boss battle which took a ton of teamwork and communication to beat. There will be some extra characters in the game as well that you will be able to unlock and play as you progress through the quest, including characters from other indie releases, such as a peculiar luchador named Juan. You’ve probably heard about him.

I really enjoyed my time with Riverbond. I very much look forward to reviewing it when it hits PS4, and I’m looking forward to diving in and having some fun couch co-op with my kids.