After playing Gate of Doom on the Nintendo Switch, I was definitely up for trying out its arcade sequel. Learn more about it in our Halloween special Johnny Turbo’s Arcade: Wizard Fire review!


Wizard Fire was released in arcades back in 1992, and it has now been released for the Nintendo Switch thanks to the Johnny Turbo’s Arcade series. It is the sequel to Gate of Doom, a game I already reviewed and which I had fun playing. That means this, as was the case for Gate of doom, is an isometric arcade RPG. As the game’s story begins, you will instantly notice the voice acting for the main characters, something that back in 1992 was still very much mind-blowing. This time around revolves around your quest will revolve around finding and defeating the evil villain Volov who is wreaking havoc in the world. 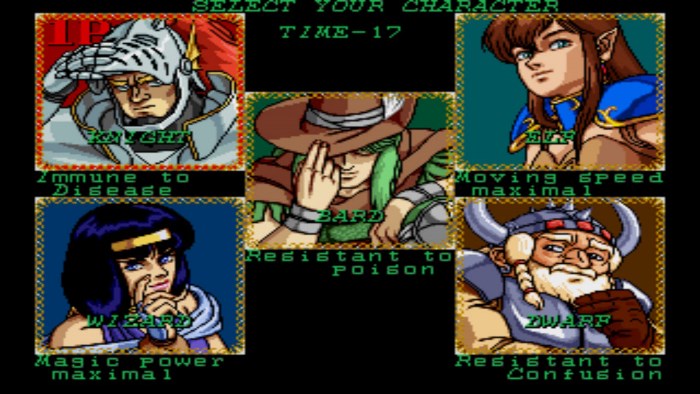 As for the game’s controls, you can move around the screen with the left analog stick or the D-Pad. Your main attack is set to the A button, and you can use your magic with the B button. Instead of only four characters to choose from, the sequel has five characters in total. There’s the Knight, who is immune to disease; the Elf who has max movement speed; the Wizard who has max magic power; the Bard who is resistant to poison; and last but not least the Dward who is resistant to confusion. 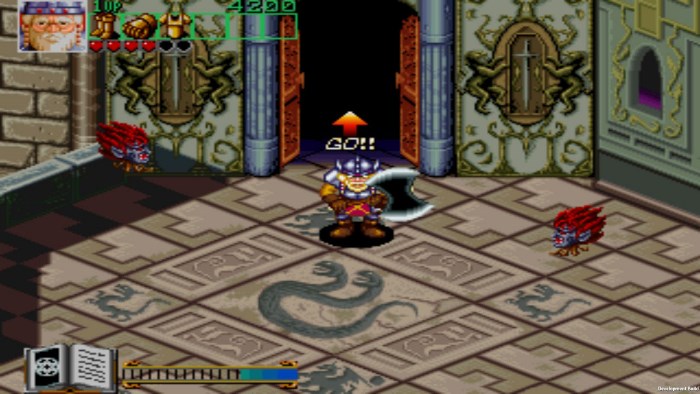 You get one life for each try form the virtual coins you can drop into the virtual arcade machine, so once your character’s hit points run out, it’s game over, and you must use another coin, with the R or ZR buttons) and press the L or ZL buttons to continue. Along with your health bar, you also have an inventory in which you will deposit any helpful items you collect from the many chests you will forcefully open. The magic meter also returns, and once its full you’ll get to unleash a powerful spell that will allow you to make short work of all enemies foolish enough to stand in your path. 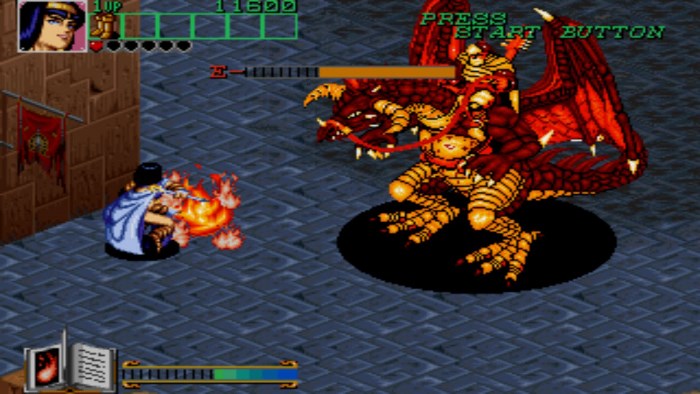 Stages are short and to the point, and will keep you busy for a few minutes as you try to stay alive long enough to make it to the boss at the end of the level. Some trial and error might be needed to best the bosses since you’ll need to figure out their patterns so that you can know how to avoid their attacks while setting them up for a world of hurt. Fear not if you are defeated by a boss since you have as many virtual coins as you want to keep going until you can get things right. 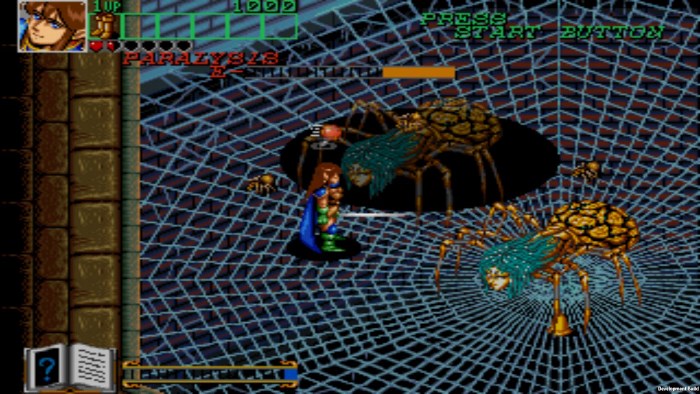 Wizard Fire is an entertaining isometric arcade action game that does everything that Gate of Doom did, and it improves on things by giving us three returning characters and two new ones for a total of five potential heroes to use by yourself or in local co-op as you try to once again vanquish evil from the realm. You’re looking at 30-40 minutes of gameplay for this one, but you’ll be enjoying every single one. 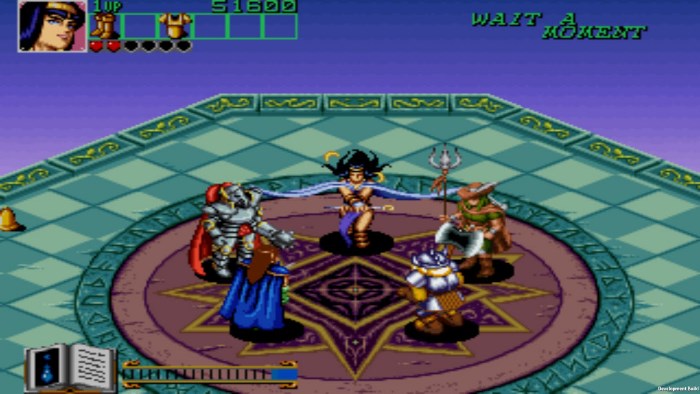 Disclaimer
This Johnny Turbo’s Arcade: Wizard Fire review is based on a Nintendo Switch copy provided by Flying Tiger Entertainment.

The Shapeshifting Detective Out Next Week