The world is ending. Zeds are taking over, and you need to survive. Can you survive through two games? Check out our Killing Floor: Double Feature review!

Killing Floor 2 is an interesting co-op game. It lacks a single-player mode but makes up for it with its solid multiplayer-focused experience. The game has two options for you, a Horde mode and a Versus mode.

The Horde mode is where you are going to spend most of your time with the game. You’ll be fighting endless waves of Zeds (zombies of sorts) as you try to stay alive. As you kill more of them, you’ll get money that will make it possible to buy more weapons, which are way more powerful than what you currently have in your arsenal. Some of the weapons will be what you would expect, while others will look a bit outlandish but fitting for a post-apocalyptic world. This is the primary gameplay loop of the game – kill zombies, get cash, buy better weapons, kill more zombies. It’s pretty fun once you get into the swing of things! 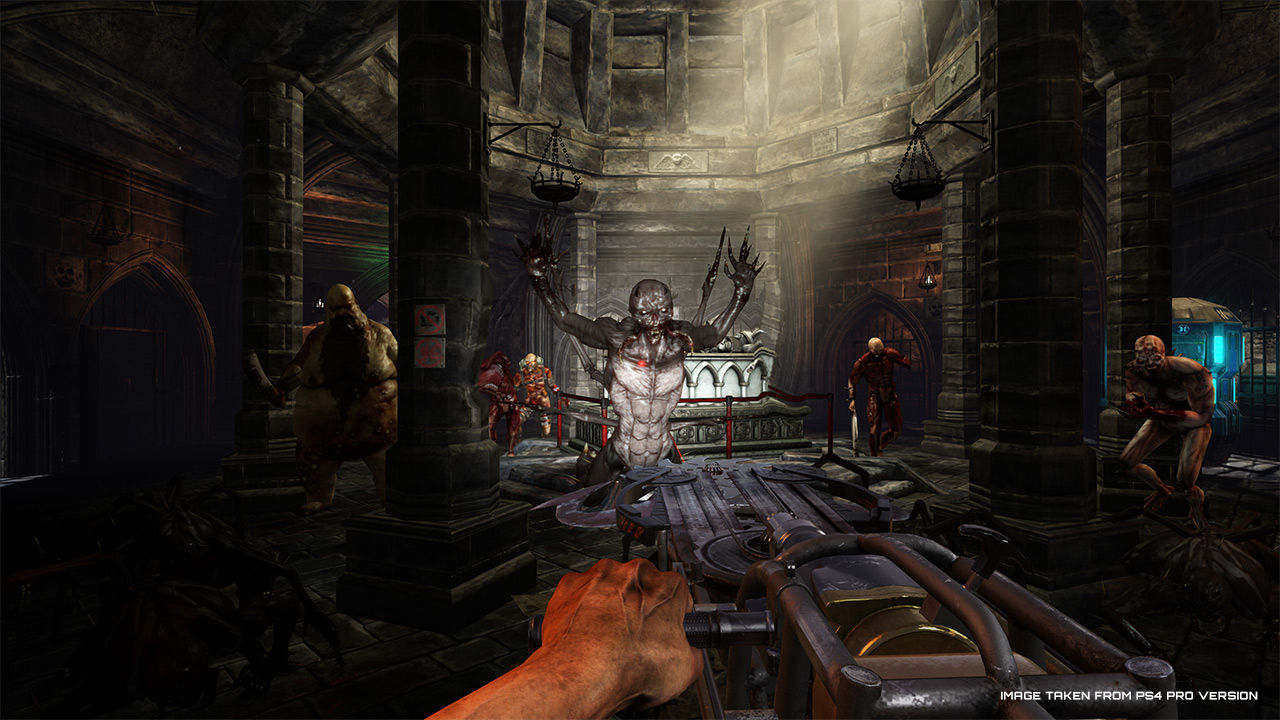 Killing Floor 2 also institutes a class-based system, allowing you to make your runs feel different. There are ten classes in the game, all featuring access to different weapon options and perks, allowing your time with the game to feel different thanks to every class you take on. As you play, you can level up your character and their perks. It’s a neat layer of customization that really gets interesting when you make the most of your class build in a squad.

As I battled Zeds, from which there are quite a few different varieties, I was very impressed with the variety of their designs. There are boss characters that you will fight every ten rounds. These fights are considerably more difficult and require some extra effort and coordination from your team. 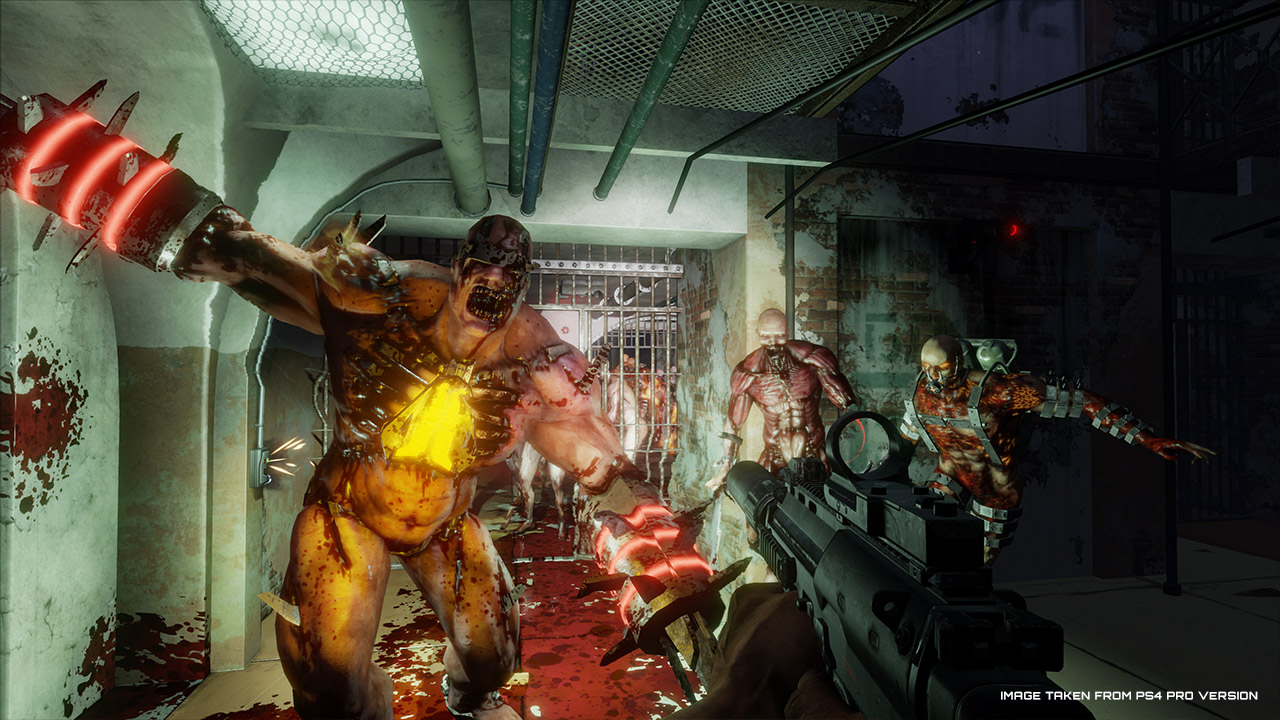 Blood and guts will spray everywhere as you play. Killing Floor 2 is very gory, as the designers have created systems to have the Zeds blow apart as you play depending on where you attack them and with what weapons. It’s cool, but depending on your tolerance for this, I could see how some people might feel like it’s a bit too much.

The shooting feels great – very fast and fluid. This isn’t a game where you can just set up camp since this will lead to your death. You need to constantly be on the move, like a shark in the water. Don’t let the action come to you, as you need to be aggressive and continuously push forward. The game itself looks great, even more so since it has a PS4 Pro patch which I was able to take advantage of. Thanks to this the game runs at an upscaled 2160p, with some extra stuff in the background you will notice as you play.

While there isn’t a campaign mode per se, the gameplay options, different character classes, and replayability make it an easy game to recommend, either on its own or as part of this Double Feature bundle. 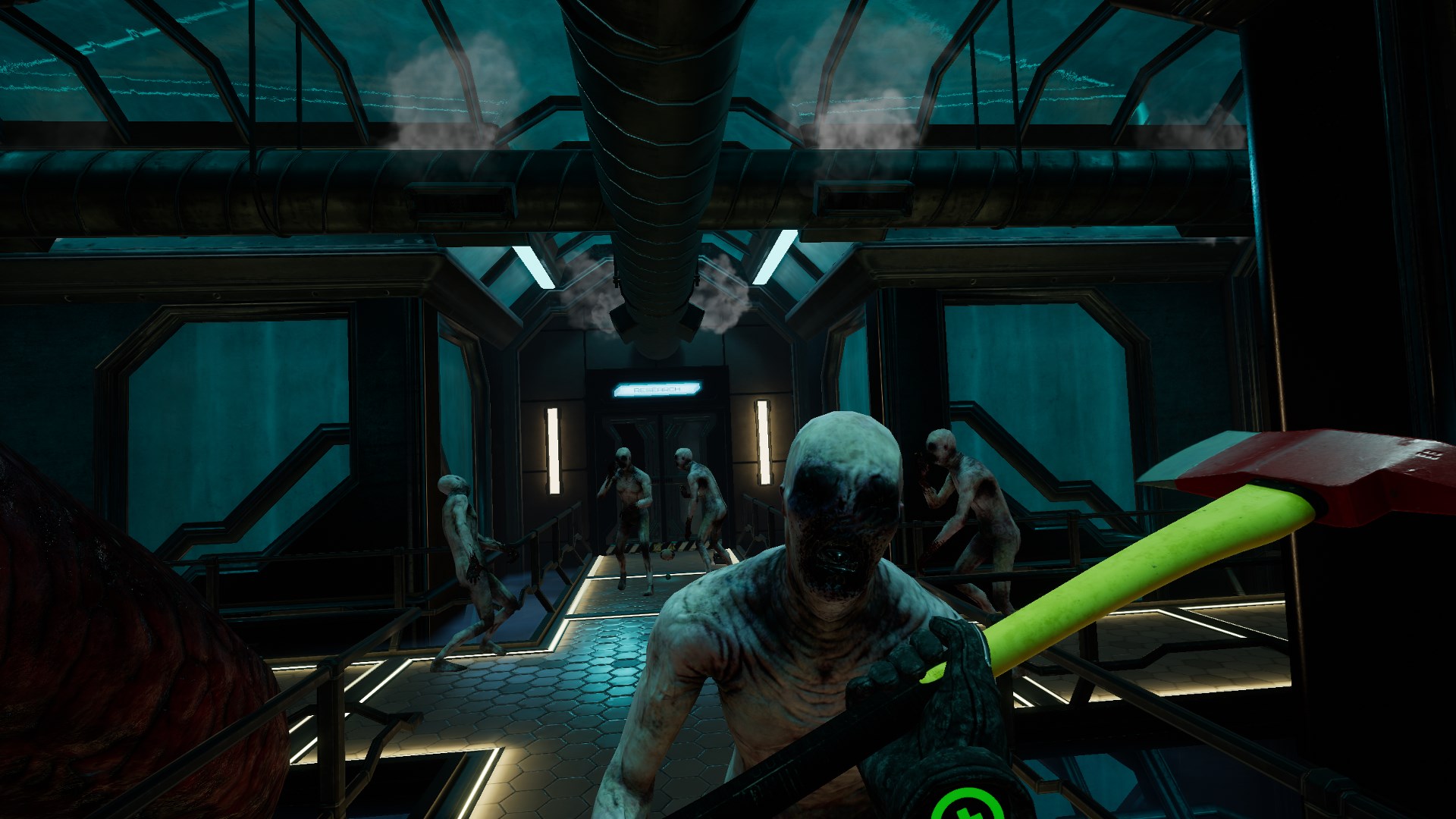 While there is no campaign in Killing Floor 2, Killing Floor: Incursion aims to make up for that with a PlayStation VR campaign while also filling in some plot holes in the Killing Floor universe. As most zombie games do, you wake up after an accident and find out the world has gone to hell and you need to survive. I don’t want to spoil it as it has some twists and turns, that I thought was really fun experiencing them, but it does help to flesh out the Killing Floor in a way the first two games haven’t in the past.

The game is set up to be played with two PlayStation Move controllers. There is no DualShock 4 option to play, so make sure you have some Move controllers. I get why it’s not here, but an optional setup for the PS VR Aim would have been a great option. 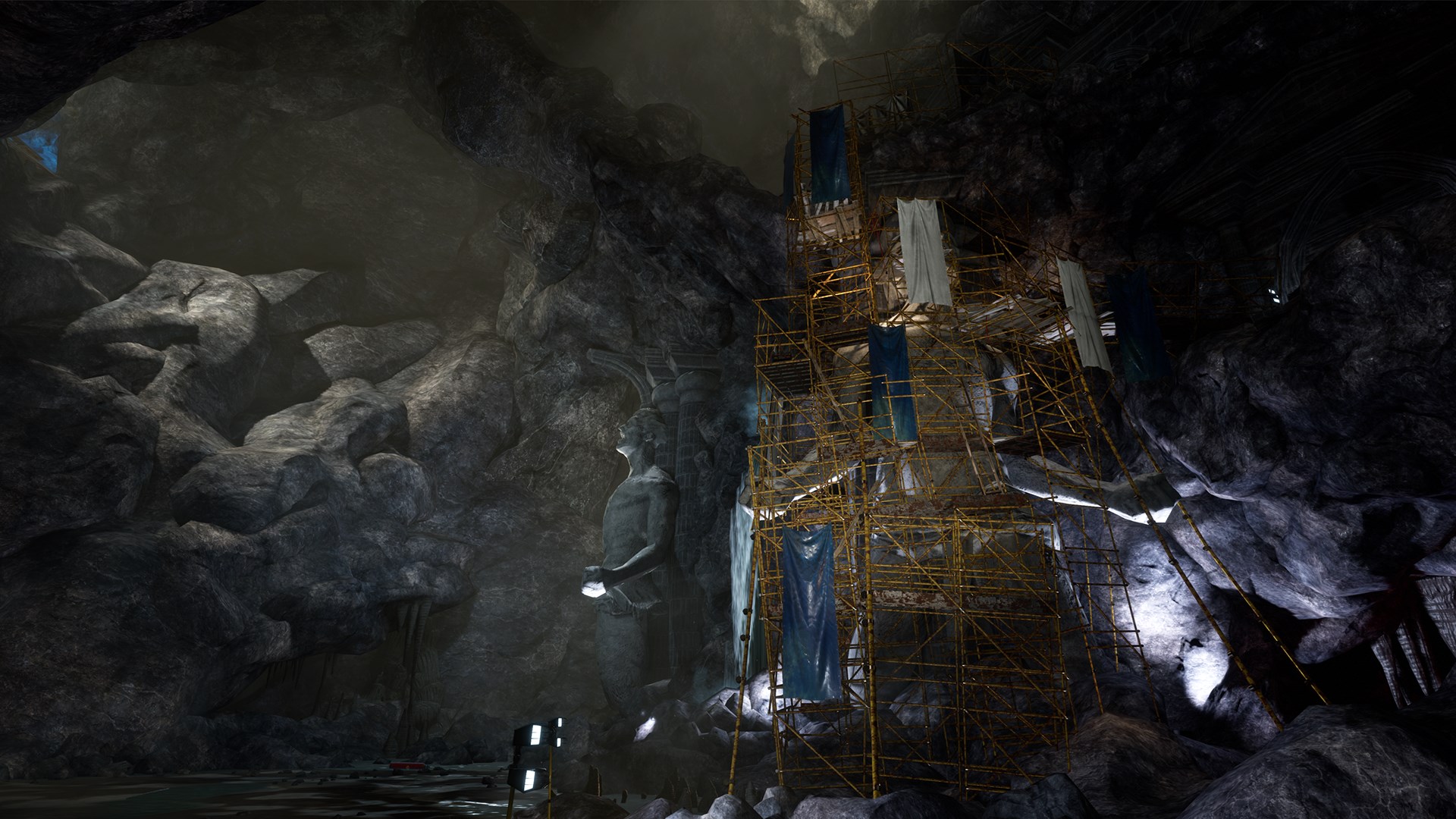 The campaign for this PS VR experience features four different unique locations, including a slasher cabin, the catacombs of a canyon, Paris, and an industrial plant. Each of these locations features its own unique feel and look, which I really liked. The campaign itself is around 4 hours long or so. There is also a mode in which you need to survive the onslaught of Zeds for as long as possible.

What I thought was really impressive was the realism of the guns you get to use. Each of them felt slightly different, particularly with two-handed guns that require you to be using both PlayStation Move controllers to maximize their damage potential. There is a sniper rifle with a realistic bolt action for reloading, which was a nice surprise. The dedication to detail is quite impressive. 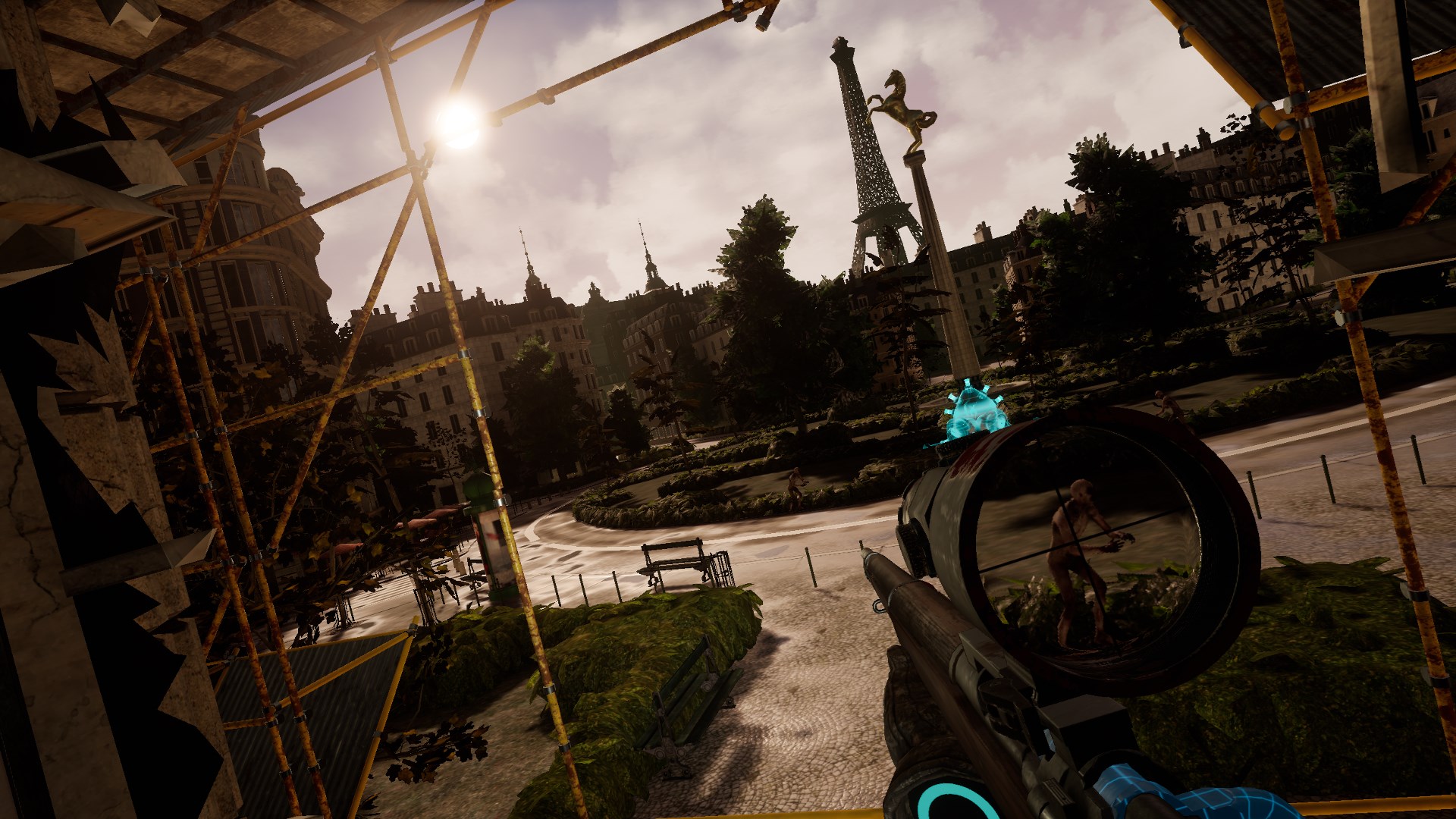 As the game is shorter, there is not as much variety in the types of Zeds you are going to come across. As you can literally take them down with almost anything around you, including their severed limbs, it’s not a bad thing. The world is terrifying in PlayStation VR as you are surrounded by Zeds, which does a good job of helping you feel in danger in this post-apocalyptic setting.

Disclaimer
This Killing Floor: Double Feature review is based on a PlayStation 4 copy provided by Tripwire Interactive.

Hoggy2 Out Now On PlayStation And Nintendo Switch