HARDCORE MECHA from RocketPunch Games is a tongue in cheek love letter to the anime mecha genre, which you can see right away from the perfectly crafted opening of the game. Learn more in our HARDCORE MECHA review!


HARDCORE MECHA is a mech-themed 2D platformer. With action-packed shooting, highly polished animations, driving multiple unique awesome mechs to fly in the air, play your own style based on a fluent set of controls.

RocketPunch Games have tried their best to create a rich, and diverse 2D action game, and the level of attention that went into HARDCORE MECHA is clear. Visually speaking, the art style is vibrant and varied enough to keep you engaged. Human characters are presented in a kind of marionette style that sees them move in an awkward fashion, not too dissimilar to that of Team America or Thunderbirds. I found this a little jarring at first, as it did not gel well with the semi-serious tone the game was clearly trying to portray, but over time, it became less of a problem. 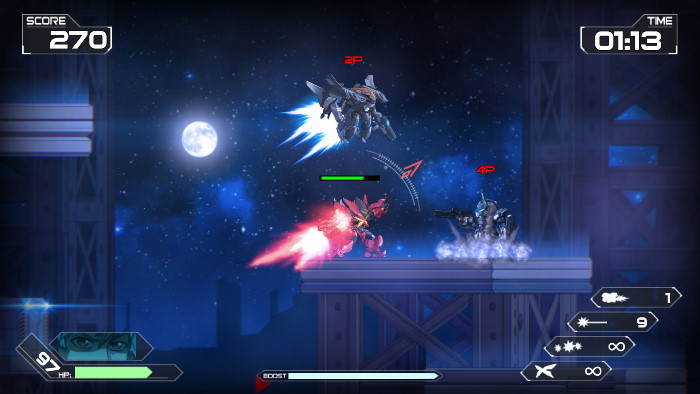 The audio quality is strong. The music used here, though limited, fits the overall theme and feels unobtrusive, but a special mention must go to the voice acting, Emotive and with a great performance, the cast makes it easy to imagine I was listening to the voice acting of a high-quality anime series.


The gameplay is where the game shines. The levels are diverse and varied enough that you never truly feel as though you are doing the same thing over and over again. A particularly interesting stealth mission early in the game had me truly impressed as I played through it. A commendation is also deserved for the boss battles in the game. Some of them are genuinely interesting in their design and their requirements of the player. Sadly for me, the game falters slightly in its controls. 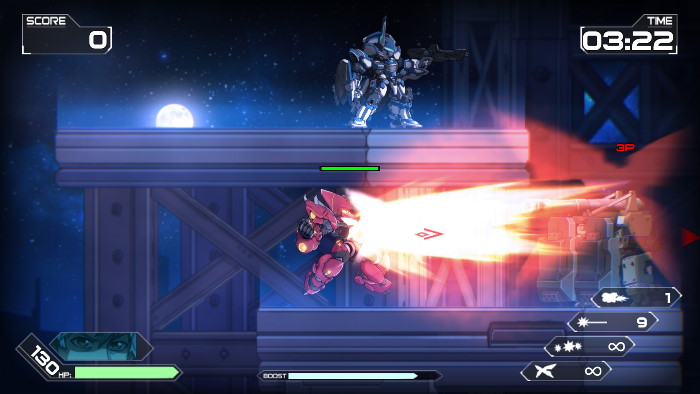 Having the left analog stick control both movement and aim seems a little counterintuitive. Whilst the game does its best to make this work, when thrown into a melee with a large number of enemies, it does end up getting a little overwhelming.

The weapon system is a little annoying, as well. You have two weapons at your disposal mapped to the Square and L1 buttons. Both weapons have an ammo count, so it makes sense that you might once in a while find yourself needing to reload both guns at the same time. It does not seem logical that your melee skill also needs an overly long cooldown period between attacks. Sure, the melee attack is quite strong, but there should be a better way to
balance things. Your default weapons are a little underwhelming. You are able to pick up temporary weapons that have more impact in combat than your default ones, including a shotgun and a sniper rifle, and you can also upgrade your weapons and your Mech’s configuration as you progress through the game. I did feel that the upgrades did not seem as useful as needed, and are incremental at best. 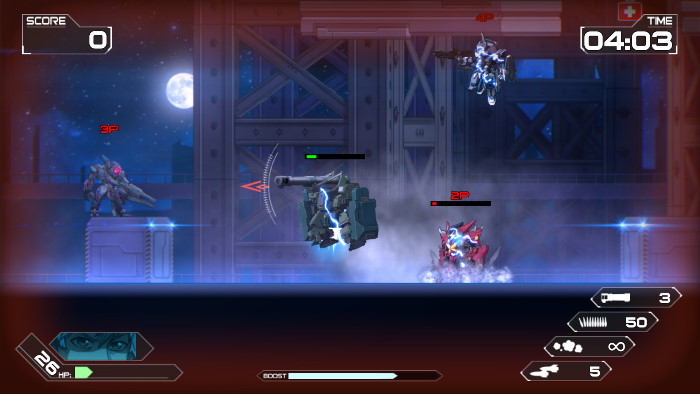 In addition to the single-player gameplay, there are also local and online multiplayer options, though there is only one mode to be had – a deathmatch mode of sorts. The combat and the online are both reasonably fun, but at this stage of its life span, you would be hard press to find other people to play against, as is usually the case for new games with an online component.


All in all, HARDCORE MECHA is a fun homage to the animes it tries to pay homage to. If that’s not your bag, then think of it as a 2D version of Titanfall, and like Titanfall, it is a compliment to its peers. 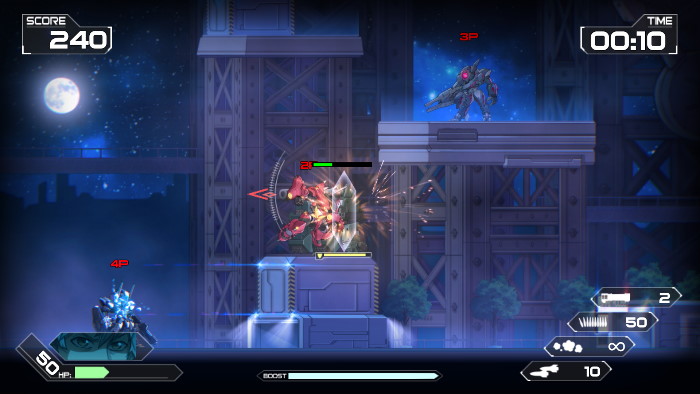 Disclaimer
This HARDCORE MECHA review is based on a PlayStation 4 copy provided by RocketPunch Games.