Need some running and gunning time in PS VR with an undead soldier from Beyond the Grave.? Then check out our Gungrave VR review!

PlayStation®VR is not for use by children under age 12.

VR Games may cause some players to experience motion sickness.

The acclaimed GUNGRAVE series is reborn on PlayStation®VR!

Many years have passed since the war against the nefarious drug, SEED.

Mika Asagi lived a quiet life watching over the undead soldier Beyond the Grave (Grave, for short), who returned to his slumber.

Faced with the threat to the city, its people, and her own peaceful existence, Mika makes her decision.

‘…Please lend me your strength once again, Beyond the Grave.’

To restore hope to South City, Mika and Grave throw themselves into battle.

Featuring third-person and first-person perspectives for an intense take on VR action gameplay, experience combat as if you are really there!

Strategically use new skills such as the slow-motion ‘Reaper Time’ to turn the tide of battle against hordes of enemies.


Gungrave VR is a PS VR title based on the older PS2 games and the anime. I’m not really an anime guy, so this was my first time jumping into this world and getting to experience it. I have mixed feelings on the game. 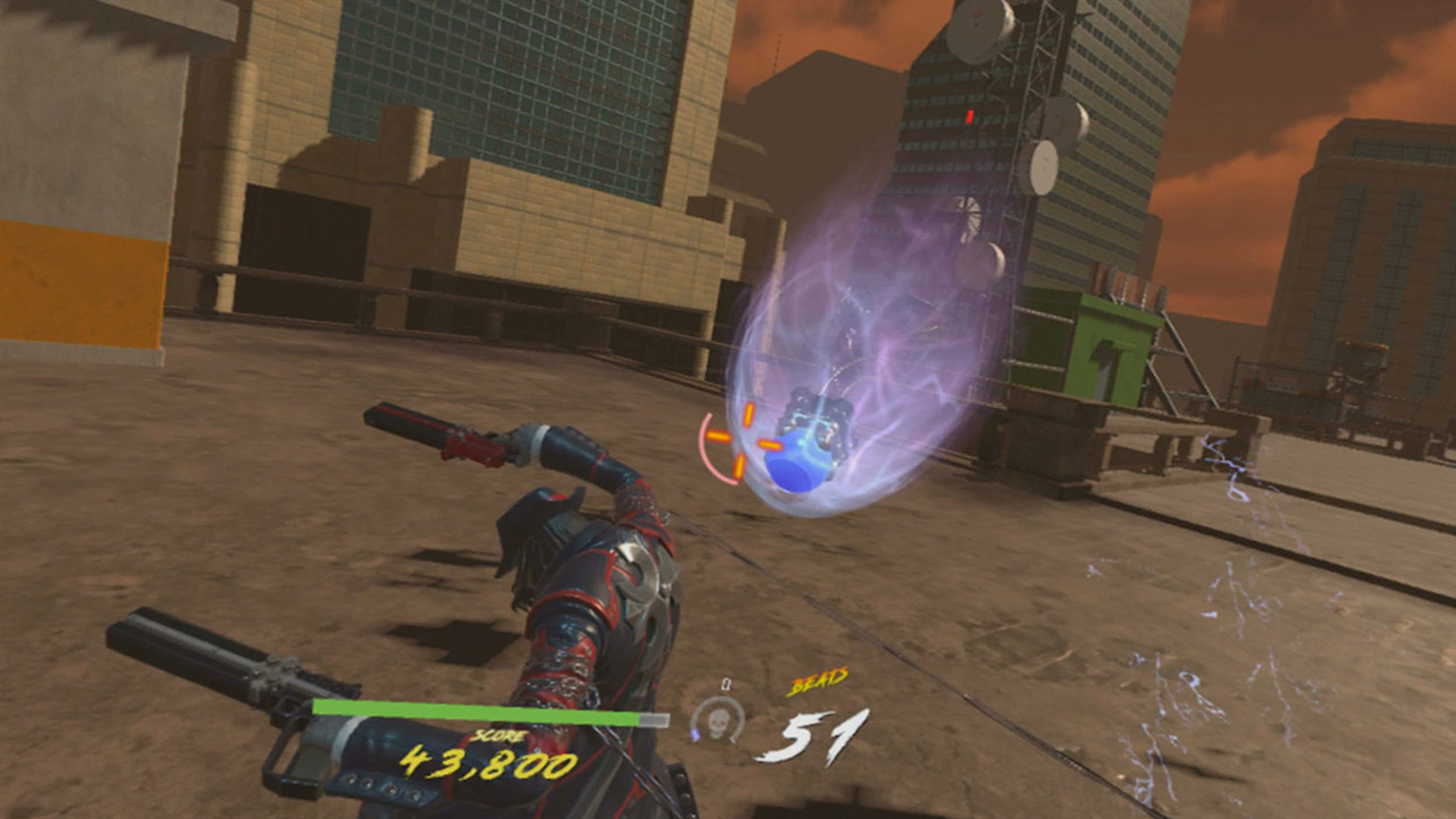 The game takes place on two perspectives, one that feels like a more traditional platformer where you use your controller and move the character around, using your head for aiming your guns, while also have some melee combat abilities as well. I found myself getting sick while playing this mode, which is unusual from my time with PS VR – something about felt off while moving around. Using my head to aim made my neck feel sore as well. I also found it hard to keep track of the bigger bosses in the game and go after them, since rotating the camera was an issue. There was a decent quick tutorial at the start of the game showing you basic movement, aiming, and melee combat. It doesn’t really go over first-person on-rails controls, but it’s simple enough it doesn’t need to. 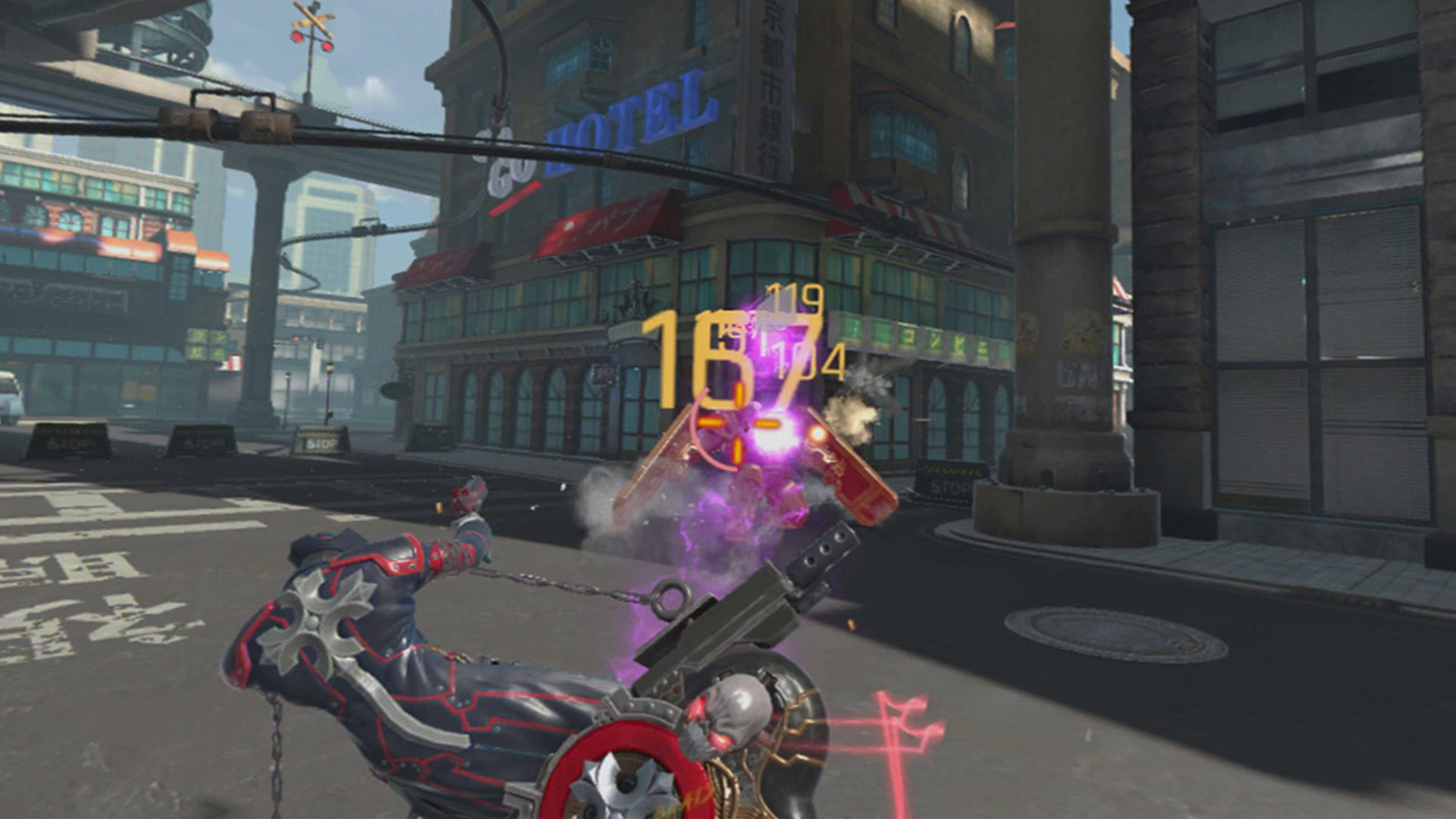 The other mode is in a first person in an on-rails shooter style. I liked this considerably better. You still use your head to aim, but it felt better in this setting. None of the sickness issues I was having before happened here, making this mode feel more fun, although it still felt easy to get overwhelmed by the number of enemies attacking you at any given period. The game has six stages, alternating between these two modes as you travel the world with the intent on taking down the bad guys. I wish there was more story to the game as I don’t understand the world and what my motivation is to go after these guys, but it is what it is. 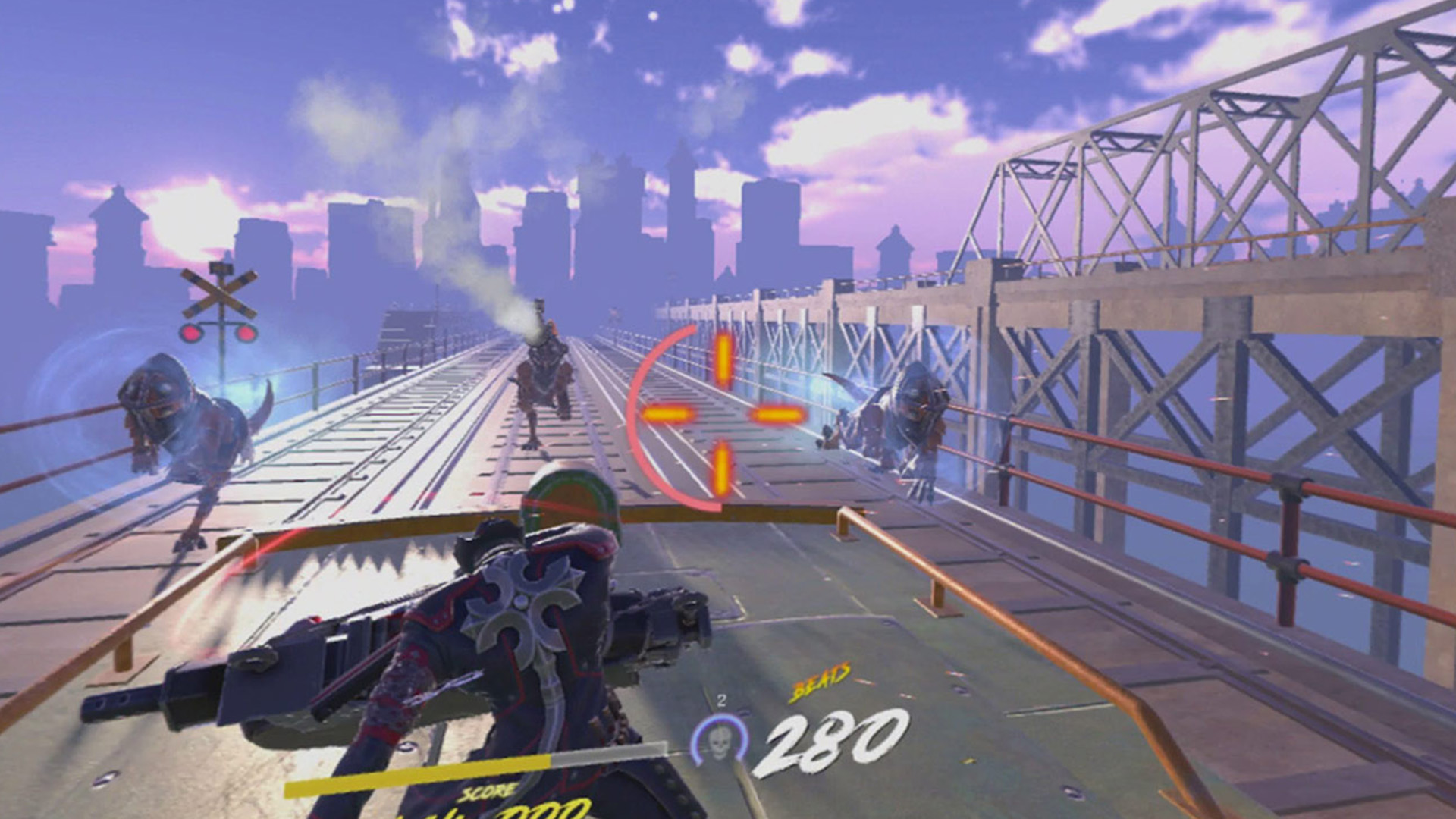 Honestly, Gungrave VR is kind of a mess. It’s not fun as an action platformer, and the on-rails sections are just okay. I guess the biggest issue it’s just not fun to play. I was going to discuss the short length, but actually, I appreciated that.

Disclaimer
This GUNGRAVE VR review is based on a PlayStation 4 copy provided by XSEED Games.

Rollin’ Eggz Out This Week