Zombie Army Trilogy from Rebellion is a revamped take on the spin-off titles that focused on some fast-paced Nazi zombie killing action several years ago. After the release of Sniper Elite V2 – for which you can check our Sniper Elite V2 Remastered Nintendo Switch review by clicking right here – Rebellion released in 2013 a standalone spin-off called Sniper Elite: Nazi Zombie Army. As you can tell from the game’s title, it features the gameplay mechanics of the Sniper Elite series, but with a Nazi zombie twist. 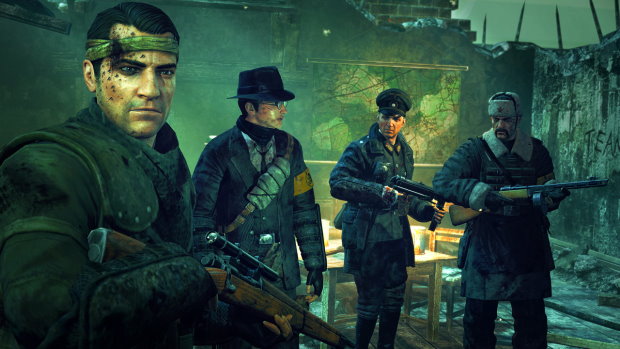 The game was a standalone expansion that dealt with an alternate timeline under which at the end of World War II since the Nazi Army was about to be defeated by the Allied Forces, Adolf Hitler ends up turning to a last resort action: raising the dead so that the Nazi Army can return in all its glory to crush their opposition. As you can imagine, that means a ton of Nazi zombies are now walking through all of Germany, which is certainly bad news! The title was followed up by the aptly named Nazi Zombie Army 2, featuring more single-player and multiplayer missions to complete. A third game would be included in Zombie Army Trilogy when it was released on PlayStation 4, and it’s this package that we’re not getting on Nintendo Switch! 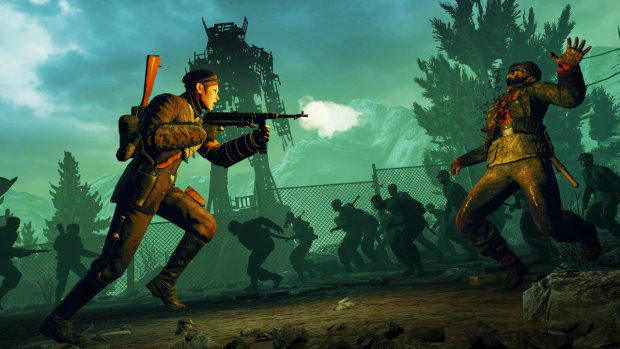 The Zombie Army Trilogy will offer two modes for you to take on. There’s the Campaign mode, which features all of the story campaigns for the three games, in which you’ll take on a series of missions to try and stop the Nazi zombie apocalypse. Horde mode, on the other hand, is a mode in which you’ll be taking on wave after wave of zombie enemies that will be growing stronger and deadlier with every new wave, and you’ll have to try and survive for as long as possible. Both modes feature a single-player solo option, as well as local and online multiplayer in case you want to have some friends – or strangers – join in on the fun.

The game’s controls are, as expected, similar to those of Sniper Elite V2 – what with the games being spin-off standalone releases based on that particular game -, and the gameplay is also similar, since you’re going to have to snipe away at zombies or else you’re going to be dead very quickly, but Zombie Army Trilogy does feature a bit more action when compared to Sniper Elite V2 Remastered. The left analog stick will be for moving your character, and you can sprint by pressing down on the stick. The right one will be for aiming, and you press in on the stick to activate Aim Mode so that you can take more precise shots. 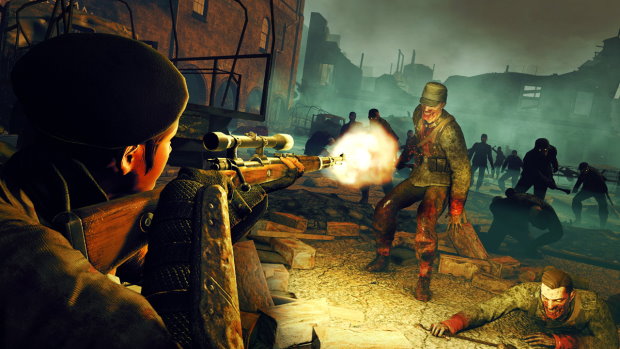 When using a weapon with a scope, you can zoom in and out by pressing up or down on the D-Pad. You’ll aim your weapon with the ZL button, and fire away with the ZR button. You can crouch with the B button, or go into a prone position by pressing and holding down the button. Since you’re going to be firing a lot in this trio of games, you’ll need to reload with the Y button so that you’re not caught off guard at the worst of times. You can also use different items of the explosive variety, switching between them by pressing left and right on the D-Pad, using them with the R button. 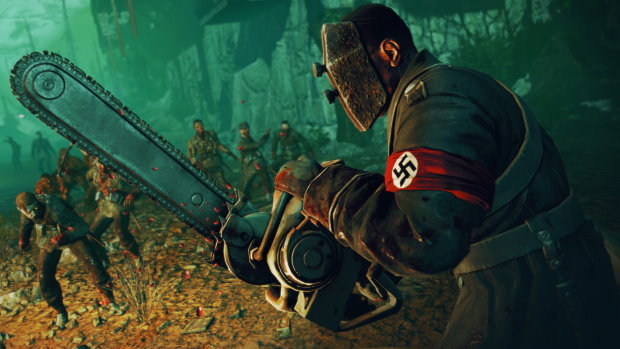 Each of the three games in this package – now called Episodes – will feature five story missions each, for a total of 15 missions to take on. Along with selecting the Episode you will take on and the mission you’ll try to complete, you’ll also be able to pick the overall difficulty you’ll be playing in. There’s Cadet, in which your aim will be steady, start with full ammo, and your wounds can heal up quickly. Then there’s Marksman in which gravity will start to do its thing and affect bullets as well as your overall accuracy with the scope – not to mention you’ll have a lower starting ammo count, and your healing factor will be reduced. The last one is Sniper Elite, which is going to prove to be a proper challenge! If you go with the Sniper Elite difficulty, gravity, wind, your stance, and your heart rate will play a part in how good your character is at shooting enemies, not to mention that your initial ammo count will be much, much lower. Enemies will also pack a punch, and you won’t be healing as fast.

There are eight characters to pick for Zombie Army Trilogy, with four male characters and four female characters. There’s Karl Fairburne, who is more of a lone wolf type of soldier; Dr. Efron Schweiger, a former pacifist who has now changed his tune with the zombie apocalypse; Boris Medvedev, a veteran of the Red Army; Hermann Wolff, who never believed in Hitler’s message, but was forced to follow orders to be able to protect his family; Beth Coleman, a painter who finds herself behind enemy lines with no combat experience but a lot of natural talent for making short work of the undead; Marie Chevalier, a resistance fighter who dreams with opening her own vineyard, and who traveled to Berlin on her own to assassinate Hitler; Anya Bochkareva, a patriotic sharpshooter that showcased her skills as one of the most formidable snipers in the Red Army; and Hanna Schulz, who was orphaned at an early age, and is driven by vengeance, wearing the uniform of the man who killed her husband and children. 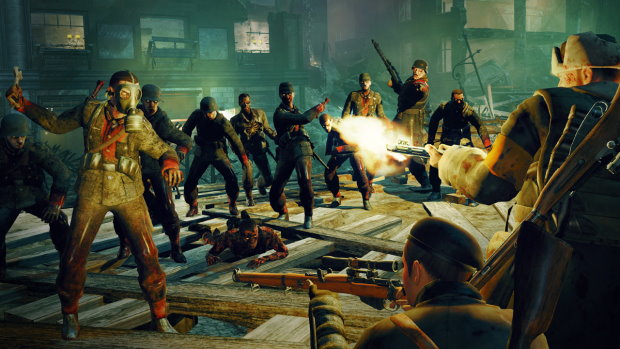 You can also customize the Bullet Cam for Zombie Army Trilogy. For those who are new to this feature, what the Bullet Cam does is show you – in great detail – what happens to an enemy when a bullet hits them just right. Due to the graphic nature of the Bullet Cam, the settings menu has the option for you to lower the frequency of how the Bullet Cam activates. The game is set to Normal by default, and this can be changed to minimal, reduced, increased, or even moved to none at all, so that there are no Bullet Cam cutscenes in the campaigns of Zombie Army Trilogy. 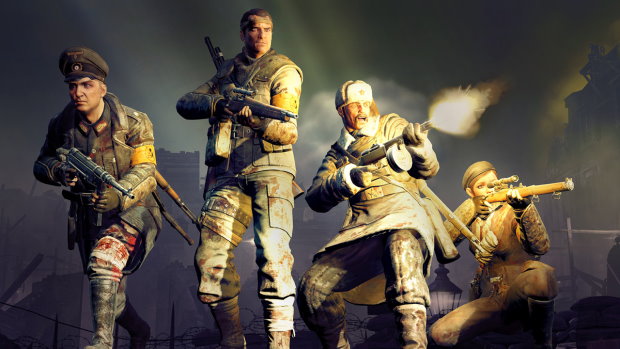 As someone who had a lot of fun reviewing Sniper Elite V2 Remastered, as well as Sniper Elite 3 Ultimate, on the Nintendo Switch, I was definitely looking forward to taking Zombie Army Trilogy for a Spin on Nintendo’s console. I’m here to report that this is a solid port on Nintendo Switch with a locked-down framerate, great-looking graphics for each location you’ll visit – as well as for the many zombies you’ll tear to pieces – with more than enough content to justify its asking price. Zombie Army Trilogy is out now on Nintendo Switch for $34.99, and it’s one that you should have in your collection thanks to its solid single-player and multiplayer offerings. 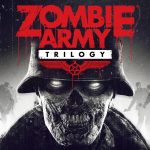 Disclaimer
This Zombie Army Trilogy review is based on a Nintendo Switch copy provided by Rebellion.

Fly Punch Boom! On Its Way To Nintendo Switch