Ginga Force from Rising Star Games is a hectic and fun shoot ’em up that you should check out on PlayStation 4. Learn more about it in our Ginga Force review!


In Ginga Force from Rising Star Games, war has broken out over the valuable and rare Septonium, a resource found on planet Seventia. You will take on this vertical shoot ’em up that goes into bullet hell territory as you follow the story of Alex and Margaret, two pilots who must use their powerful mechas to destroy all enemy forces, battling against massive bosses that will pack the screen with bullets that pack a punch. 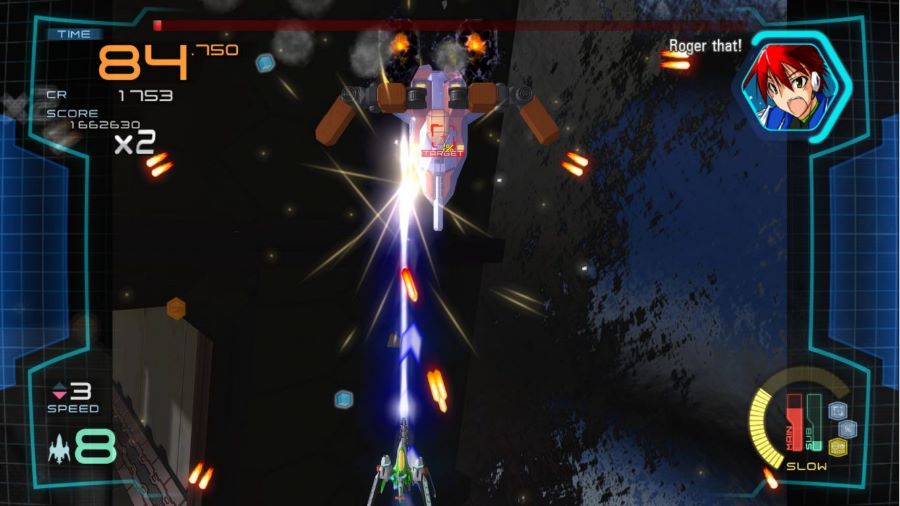 The game includes a Story Mode and a Score Attack Mode. The Score Attack Mode will have you playing the game’s levels as you try to boost your overall score in each stage so that you can try and earn a slot on the worldwide leaderboards. As for the Story Mode, it will present ten main chapters – as well as two bonus levels – during which you’ll give it your all to defend Seventia and its resources. You can play the game in Easy or Normal difficulty, and will also unlock an additional Hard difficulty setting to boost the challenge to 11.


You’ll be controlling your ship with the left analog stick or the D-Pad, shooting your main weapon with the Square button, and using the sub-weapon with the X button. You will also have access to a devastating special weapon, which is mapped to the R2 button. When you want to change your ship’s speed, just press the R1 button so that you can evade attacks as you plan your next move, diving in for the kill. For Score Attack Mode, you can pick between three different spaceships – Type-A, Type-B, and Type-C, each with a different main, sub, and special weapons. For Story Mode, you’ll be customizing your ship with many main, sub, and special weapons, engines, extra slots for items, extra colors, as well as being able to change the number of spare ships you get. 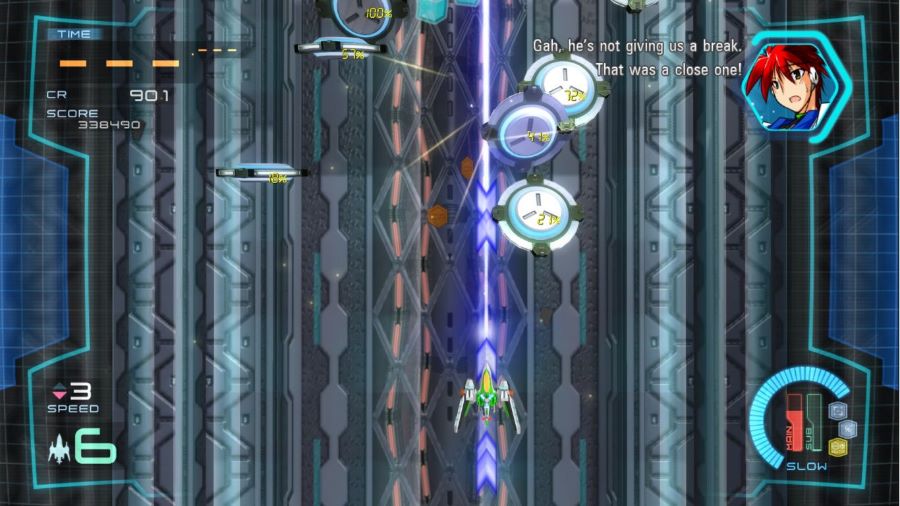 The Story Mode features voice acting in Japanese so that you can get to know the different characters a bit better. You’ll get to learn more about Seventia and each area you explore during the cutscenes that pop up before starting a level, and they will accompany you through each stage. This does make it harder to stay focused on the screen as you try to read each character’s dialogue unless you know Japanese! Once a level begins, you’ll need to be on high alert at all times because Ginga Force goes for that old-school flavor of “one hit and you’re dead” shoot ’em up, we all know and love. Because of this, the extra lives you can collect during your journey will be extremely important, so be sure to rush towards one as soon as it pops up!


As you play the game, you’ll earn CR for your division’s budget. With said CR, you can buy stuff at the Parts Shop. These include new main weapons, sub-weapons, and special weapons for your spaceship, as well as engines and extra items that will change how you approach subsequent stages. You could, for example, purchase a durability display, which will display an enemy’s durability %, so that you can know how much longer you need to attack it to destroy it. There’s also the option of buying additional colors for your ship so that you can customize its looks. 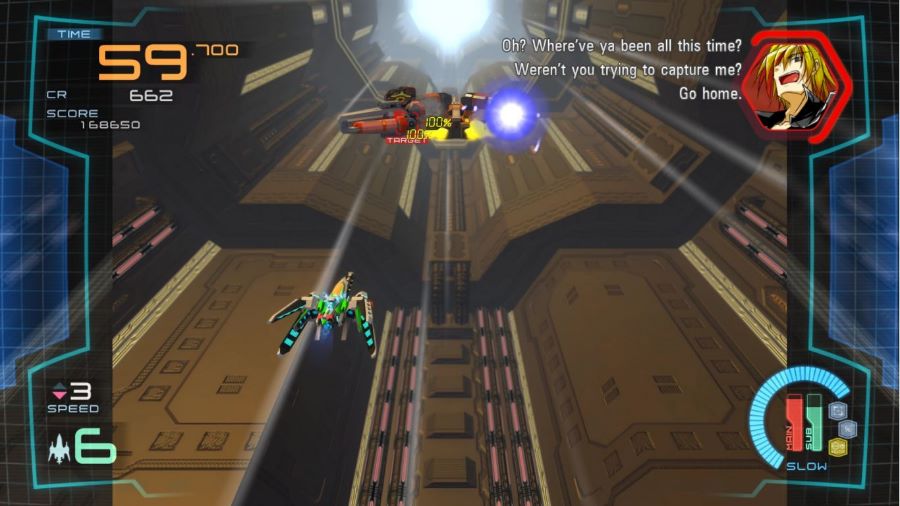 Trophy-wise, this challenging shoot ’em up includes a full trophy list with a Platinum trophy to unlock. You’ll unlock trophies for completing each of the game’s Story Mode stages, for completing the game on Easy, Normal, and Hard, for boosting the total lives for any stage to 30, destroying an enemy using the backfire from when you change your ship’s speed, or for clearing all stages in story mode in any difficulty within an hour. There will also be trophies to obtain for completing specific objectives for each of the levels in Story Mode. 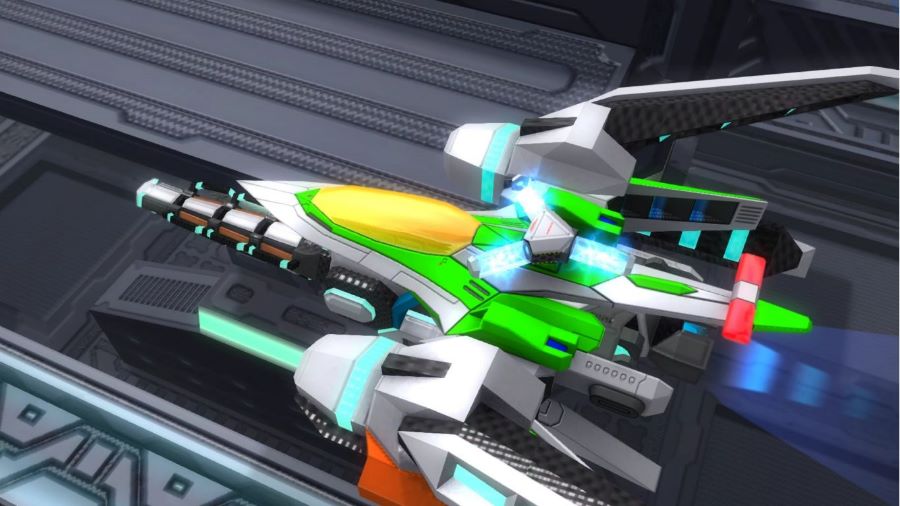 Ginga Force is a fast-paced shoot ’em up that is a lot of fun on PS4. The challenge can be customized to each gamer’s skill level since there’s the option of playing in Easy, Normal, or Hard difficulty settings. On top of this, even when you’re defeated, you’ll be making some progress since you’ll earn CP to customize your ship, as well as extra lives that will allow you to increase the number of lives you start with for that stage during subsequent runs. Ginga Force is out on PlayStation 4 with a $19.99 asking price.

Disclaimer
This Ginga Force review is based on a PlayStation 4 copy provided by Rising Star Games.

Get-A-Grip Chip Out Next Month