Gal*Gun Returns from Inti Creates and PQube is a remastered on-rails shooter, out now on Nintendo Switch. Learn more about it in our Gal*Gun Returns review!


Gal*Gun was originally released on the Xbox 360 way back in 2011 – yes, that was ten years ago! -, also getting a port to the PlayStation 3 the following year. Both versions remained as Japan exclusives until this year, all because of the remastered Gal*Gun Returns, which is now out on the Nintendo Switch thanks to Inti Creates and PQube. This new version takes the original and adds new CG scenes, new story segments here and there, and all previously released DLC for the game available in one go. 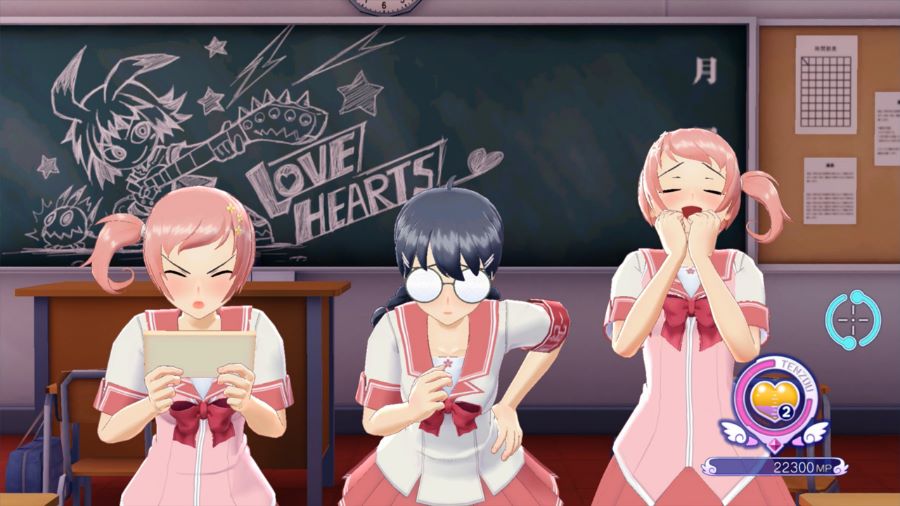 Gal*Gun Returns is an on-rails shooter that stars one male student Tenzou Motesugi. Your task will be to use the powerful Pheromone Arrow Gun to hit the girls that are running after him, ready to profess their love for him. Why is this happening? Because an angel named Patako shot Tenzou with that same weapon to help him find love, and the gun was unfortunately on the wrong setting and went into overdrive! Patako is working as a cupid, but she certainly overdid it with this particular case!


This was to be her graduation exam, but she made a terrible mistake, unleashing a ton of arrows at Tenzou, using up his “three special chances” in his lifetime to have a very particular day unlike no other. You’re probably asking yourself, how many arrows did Patako shoot at Tenzou? As it turns out… she shot 16 cupid arrows at him! This has made him way too freaking popular, making this day unlike any other he’ll ever live. If he doesn’t find a girlfriend before the day is over, Patako will be in big trouble at school, and Tenzou will end up cursed with never being able to find love again… ever! 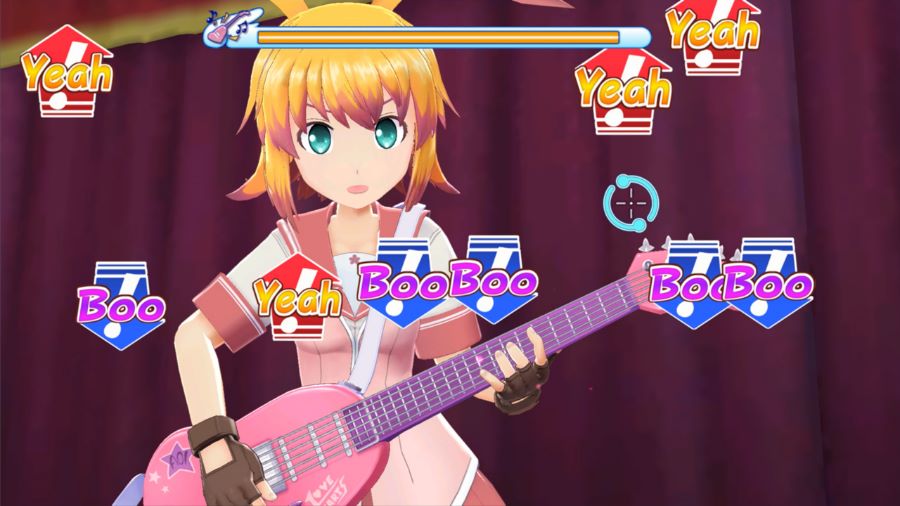 They will do this by getting really close to Tenzou to give him notes about their love or by shouting their feelings from a distance. You must, therefore, shoot at them with the Pheromone Arrow gun to leave them in a sense of euphoria that will make them forget about you. You need to be fast because every time you fail to defeat a girl, Tenzou will receive damage. Make enough mistakes, and you’ll fail! There will also be some girls that will require you to shoot them many times before they’re defeated, so you’ll have to make good use of their weak points.


Since Gal*Gun Returns is an on-rails shooter- of the ecchi variety -, this means that Tenzou will be running down preset paths during each of the stages you play. You’ll be moving a reticle on the screen by using the left or right analog sticks to aim at the girls you’ll be trying to subdue, shooting with the A button. You can slow down your crosshair with the L button or speed it up with the R button. If you want to zoom in to get a better look, you can make Tenzou stare by pressing the ZR button. 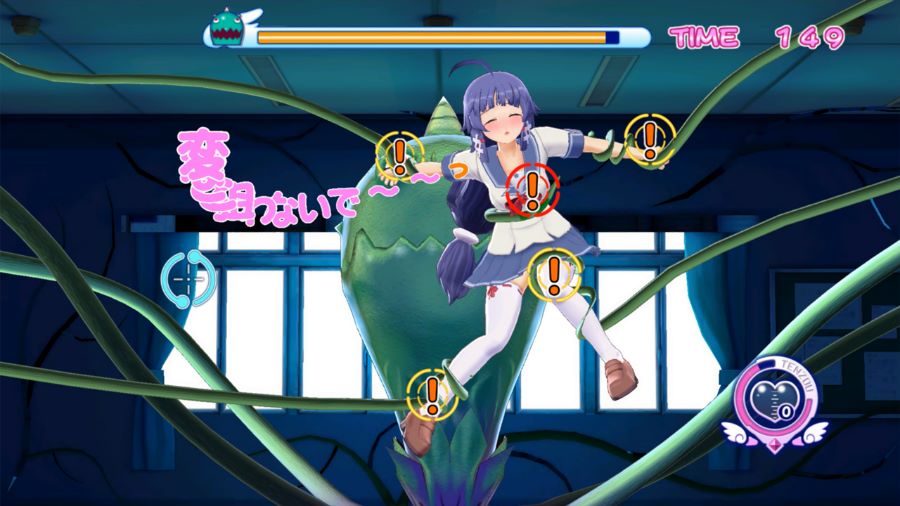 After meeting specific conditions, you’ll be able to trigger Doki Doki Mode by pressing the X button. While Doki Doki Mode is active, you’ll be able to go into a special zoomed-in mode that allows you to focus your sight on a single girl, shooting at her from different angles. Do things right, and you’ll fill up her Doki Doki Gauge within the set time limit, you’ll fill up her euphoria, which will reward Tenzou with a boost to his intelligence, athleticism, style, and lewdness stats – did I mention this is an ecchi game?


The main gameplay mode for Gal*Gun Returns is Story Mode, which will take you down specific paths – remember, this is an on-rails shooter – as you select one of the four heroines for Tenzou to profess his love to. Only true love that leads to a relationship is good enough to overcome the cupid arrow overload from Patako, which is why you have to defeat all other girls who get in your way as you try to reach that very special girl in your heart. As you go through the different stages, you’ll be able to unlock them for play in Score Attack Mode, in which you’ll aim at getting the best possible score to enter the leaderboards.

As for the extras in Gal*Gun Returns, there’s a Dressing Room option where you can change the look of the heroines and angels in the game, as well as for the other girls you’ll be meeting during your time with this on-rails shooter – there is a cast of more than 70 girls. You can change their outfit, accessories, and items, and given this revamped version includes the base game and all DLC, there are a ton of options for this. There’s also a Gallery Mode where you can check the hundreds of images you will unlock as you progress through Gal*Gun Returns. 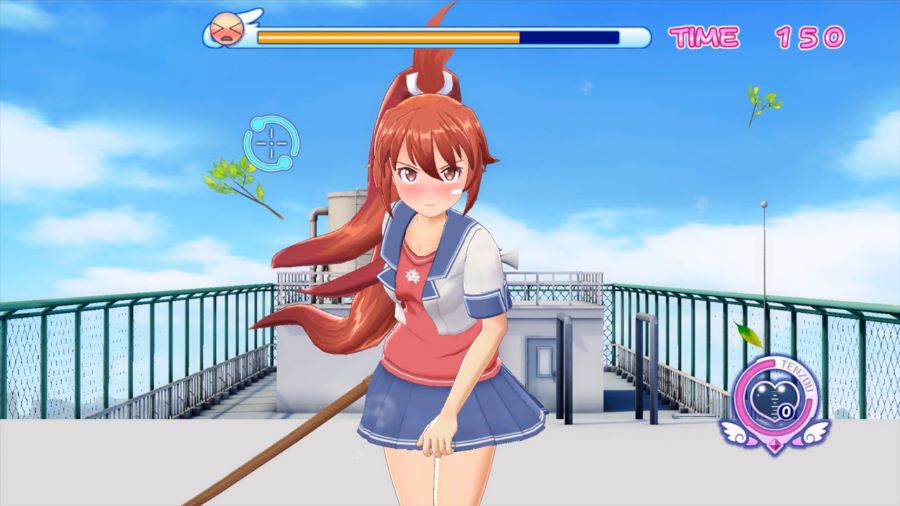 Gal*Gun Returns is a tamer experience when compared to subsequent games in the series, but it’s still earned a Rated M for Mature rating for this revamped release due to its overall nature and the CG scenes you can experience as you try to find true love with one of the four main heroines. This is an on-rails that feels a bit closer to a shooting gallery game at times, which is not a bad thing as long as you know what you’re getting yourself into. Given its story, gameplay mechanics, and the ecchi angle of it all, this is a game you’re either going to love or hate. Gal*Gun Returns is out now on Nintendo Switch with a $49.99 asking price. 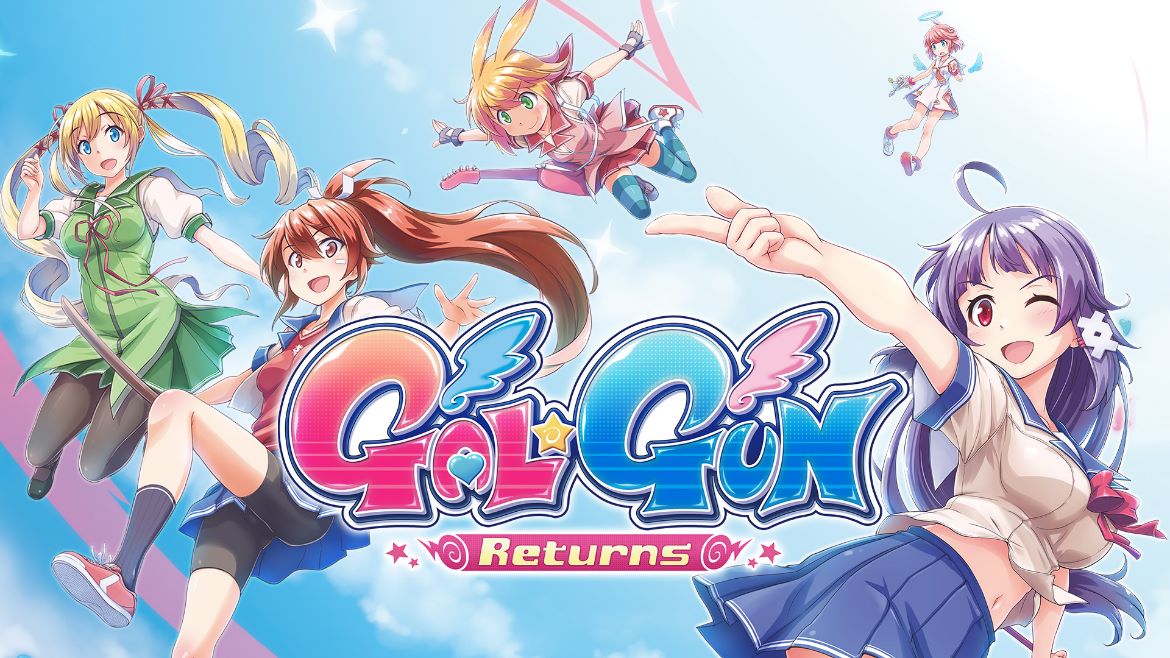 The on-rails shooter that started it all

Disclaimer
This Gal*Gun Returns review is based on a Nintendo Switch copy provided by PQube.