Strife was originally released way back in 1996 from Rogue Entertainment and Velocity. It’s a first-person RPG in which you don’t have to kill every single character that walks near you. Doing this will only lead to death, because enemies will be more powerful than you for a while. Instead, you must take a stealthier approach, and interact with the NPC you find to learn more about what is going on or gain access to new quest. The game is now revamped for this 21st century version, now known as Strife: Veteran’s Edition, thanks to Nightdive Studio. 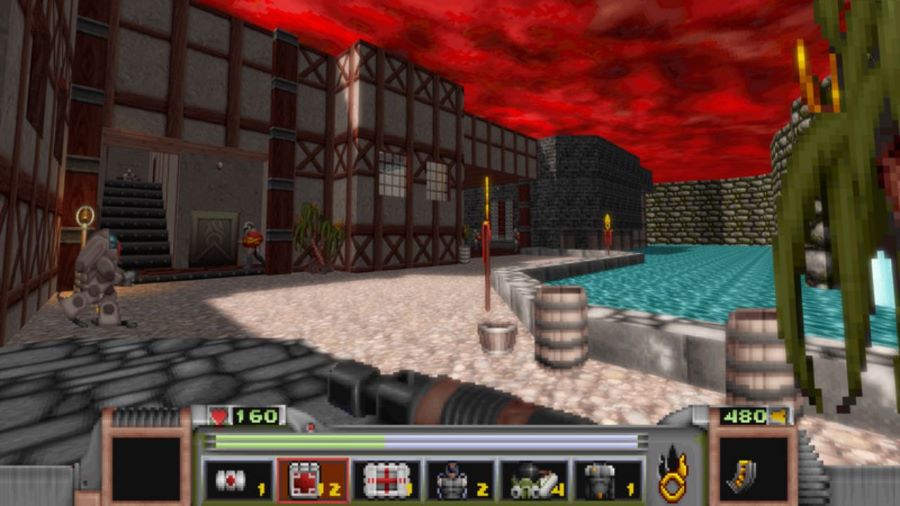 A comet strikes Earth without any warning, unleashing a virus that ends up killing millions. Those that didn’t die mutate, with some of them hearing the voice of an evil god. They group together as The Order, and set out to capture and kill all women and children, forcing the remaining men not under the influence of the evil god to rush underground to try and escape, or else they would be forced to work as slaves.


You’ll be playing as a wandering mercenary who ends up in the town of Tarnhill because of rumors of conflict between The Order and The Front, the resistance that is fighting to try and stop The Order’s evil reign. The Order is too powerful, but perhaps there’s a way for you to help The Front in some way or another. While The Order is ready to roundup any suspicious individuals – such as yourself – they certainly were not expecting you to carry a hidden knife that can do a lot of damage at close range. 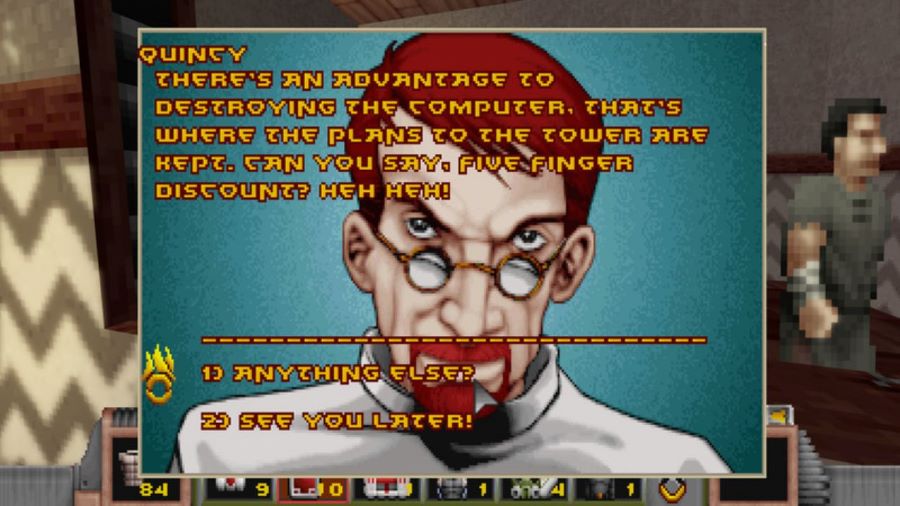 Since this is a first-person RPG, you’ll be moving your character with the left analog stick, aiming with the right one. You’ll attack with the ZR button, running by pressing and holding down the ZL button, and jumping with the B button. Since you can have more than one weapon on you, you can switch between them by pressing the L and R buttons. If you need to use or activate something, such as, say, opening a door, you can do this by pressing the A button. There’s also the option of using gyro aiming, which is definitely a big plus for the game.


Once you pick your difficulty setting between Training, Rookie, Veteran, Elite, and Bloodbath, you’ll be ready to go. You can take on Quest of Sigil, which is the main story adventure, or you can try Trust No One, which is the game’s demo build. You should immediately get out of your head that FPS urge to attack everything that moves. Talk to NPC and gain new quests and items, find keys and cards to unlock new door types, and activate switches that will allow you to progress further. 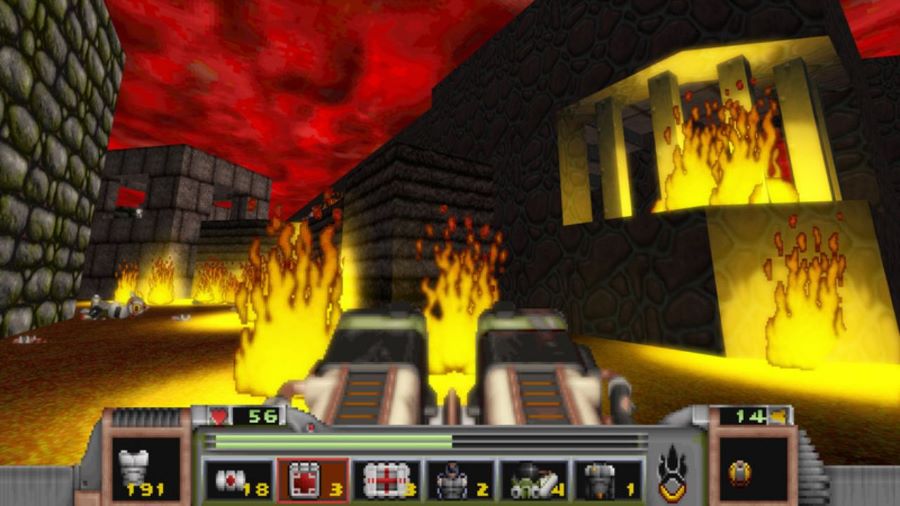 As you complete quests and defeat enemies, you’ll collect gold. With gold you can purchase information, buy a med path or a med kit at the hospital, or have the doctor heal you to recover your lost health. You can also use your gold at the armory to purchase some armor so that you can take some extra hits. The more gold you’re willing to spend, the better the type of armor – and the protection – you can get. Or perhaps you’d like to purchase some ammo for your weapons?


There are plenty of options for customizing your gameplay experience. You can select to have your character always running, activate autoaim to help you hit your mark, activate classic mode, so that the game behaves as close as possible to the original version of the game – known as Strife: Quest for the Sigil -, bugs and all, add a crosshair to make it easier to aim, making enemies much faster, having robots and mechanical enemies respawn after 16 seconds have passed, boosting the gore on the screen, adding subtitles, or having your view kick back when using more powerful weapons. 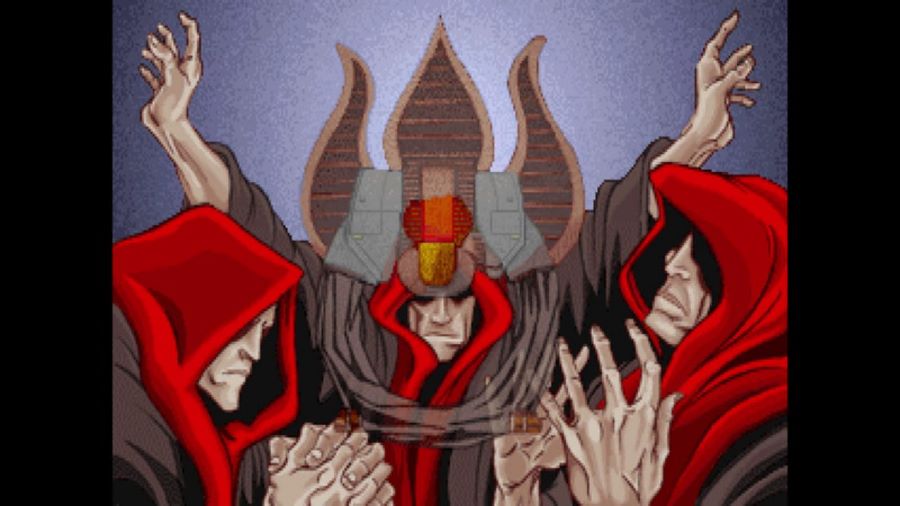 It’s been over 20 years since Strife was originally released, and it still holds up in this new edition for the Nintendo Switch. It’s not as action packed as you’d expect from a first-person game from the 1990s, but it balances this with RPG elements and being able to interact with NPC and gain access to quests in a journey that should take you around 7-8 hours to complete depending on your skills. Strife: Veteran Edition is out on Nintendo Switch with a $9.99 asking price, making it an easy one to recommend. 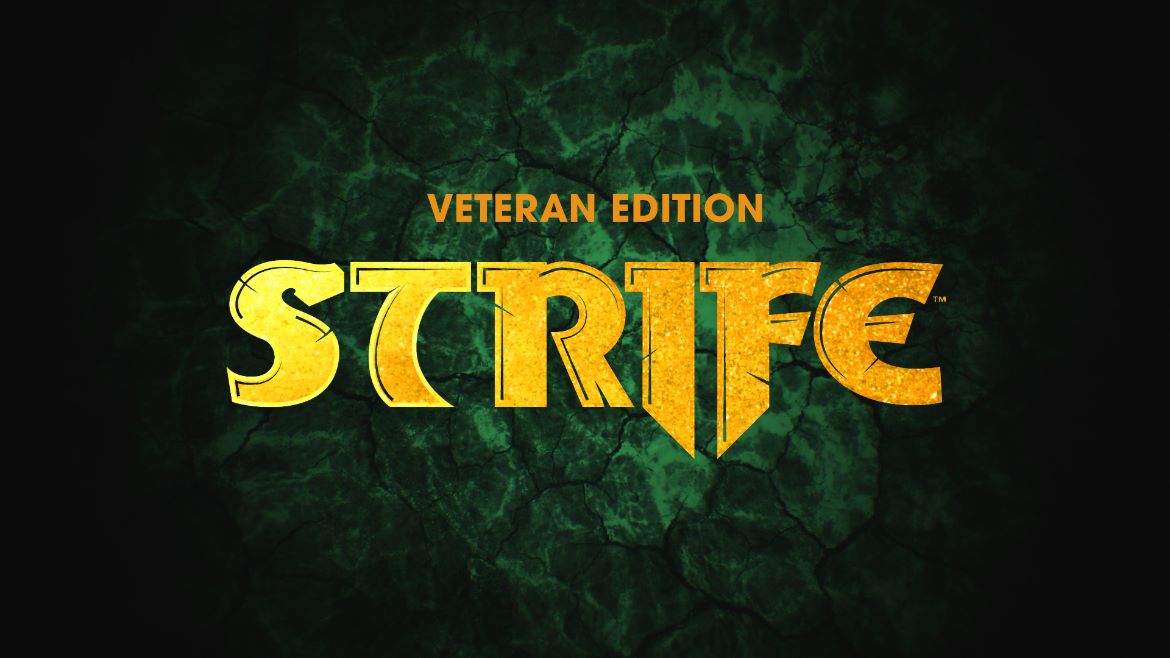 Classic first-person RPG that gets another chance to shine

Curse of the Dead Gods Out Next Week