Can you survive Earth’s destruction floating in a tin can as you look for a new planet to populate? Check our 60 Parsecs! review!


60 Parsecs! is an Atomic Space Age adventure of scavenge and survival. Keep your crew alive and ready for action. Make difficult choices, face soup shortages and other horrors of outer space. And maybe reach your destination. Or not.

Atomic Space Age was a blast! Until it became the Post-Apocalyptic Space Age.

Your space station is about to explode and you only have 60 seconds before things get messy. What (or who) will you grab before you make a mad dash for the emergency shuttle and begin your journey into THE GREAT UNKNOWN?

This is 60 Parsecs!, a dark comedy sci-fi adventure set in the Atomic Space Age – complete with all the Cold War paranoia, chrome-plated wall accents and cockroaches with space helmets.

Lead a crew of woefully unprepared astronauts, equipped with whatever junk – sorry – “supplies” you can grab before blasting off, on a journey across the cosmos that’s best described as misguided. Make the best of it, while dealing with soup shortages and other horrors of outer space. Will you have what it takes to find a new home and survive?

Earlier this week, I had a chance to review 60 Seconds! Reatomized from Robot Gentleman on PlayStation 4, and now it’s time to check out its successor, 60 Parsecs! The sequel retains many of the elements of its predecessor, but does it make enough changes to warrant the label of being a sequel? 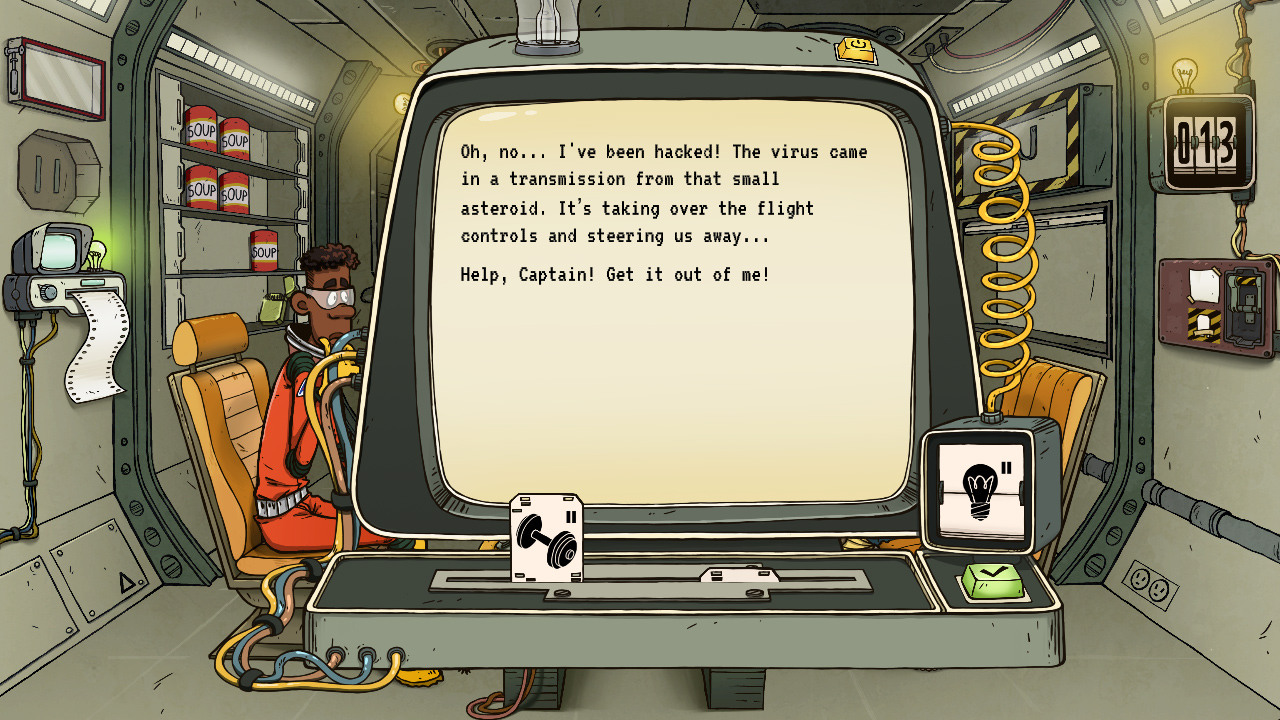 60 Parsecs! switches up the nuclear fallout motif to that of a future space station, where you are overlooking Earth, only to see it decimated by missiles. As you watch your former home planet explode, you notice a missile is now headed towards the space station. Guess what happens next? You have 60 seconds to gather supplies and collect your crew to take them to the escape ship before it’s too late.


Wander around your space station collecting your supplies, canned food, and crew members getting them to the escape shuttle. This section goes by rather quickly since you only have 60 seconds after all. Make your best choices and make sure you are at the escape hatch before the timer goes off. Do be careful about the crew members you pick since each member can contribute different things to your team. 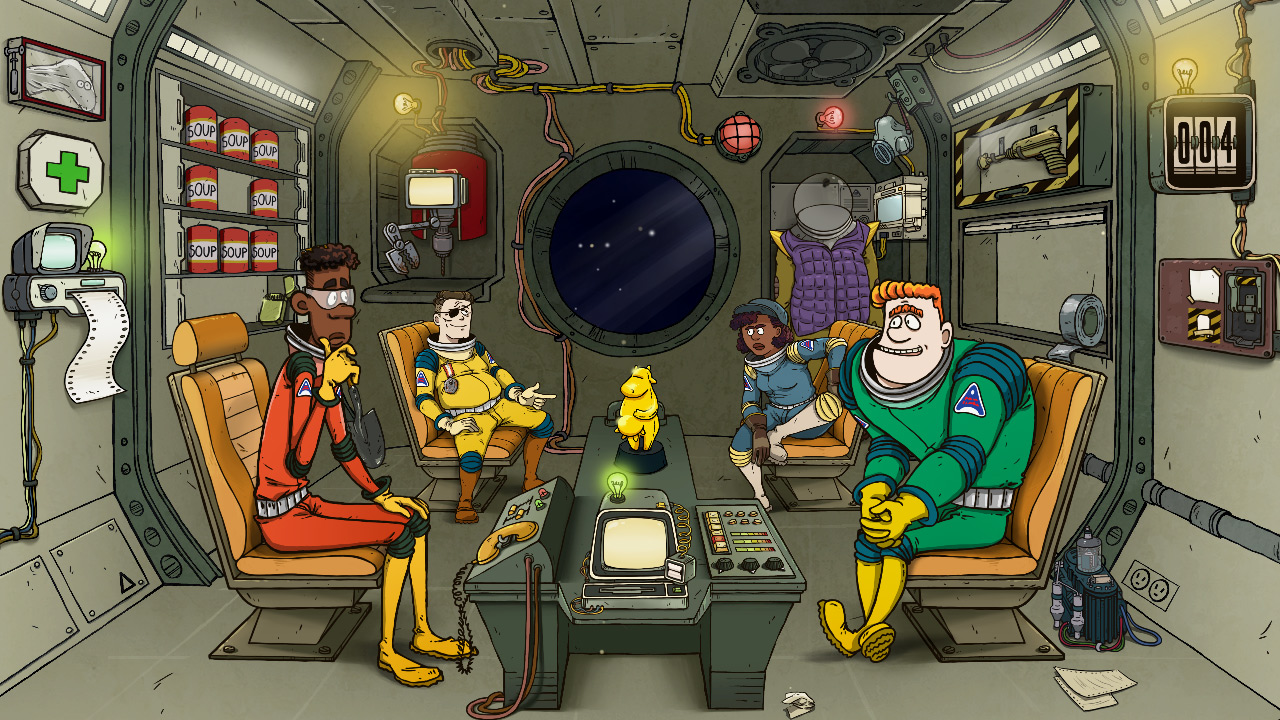 Once you take off in your shuttle, you will be shifting to a text-based survival system. Here you go day by day as you fly through space, and each day you are updated on your crew’s condition in terms of mental health along with hunger and thirst. I found your choices in 60 Parsecs! in terms of your crew were more meaningful than in 60 Seconds! Reatomized, with each crew member having their own abilities.


From here, you spend time surviving your time in space with different random scenarios, constantly testing your planning abilities and tactics. Depending on your supplies and the combination of crew members in your group, some of the random events will be harder to complete than others. It’s fun and challenging since you can make what you think is the best choice possible but end up failing because you’re not equipped to survive it. You could end up losing some of your crew members along the way, but if you’re successful, you can end up reaching one of three potential planets to colonize. 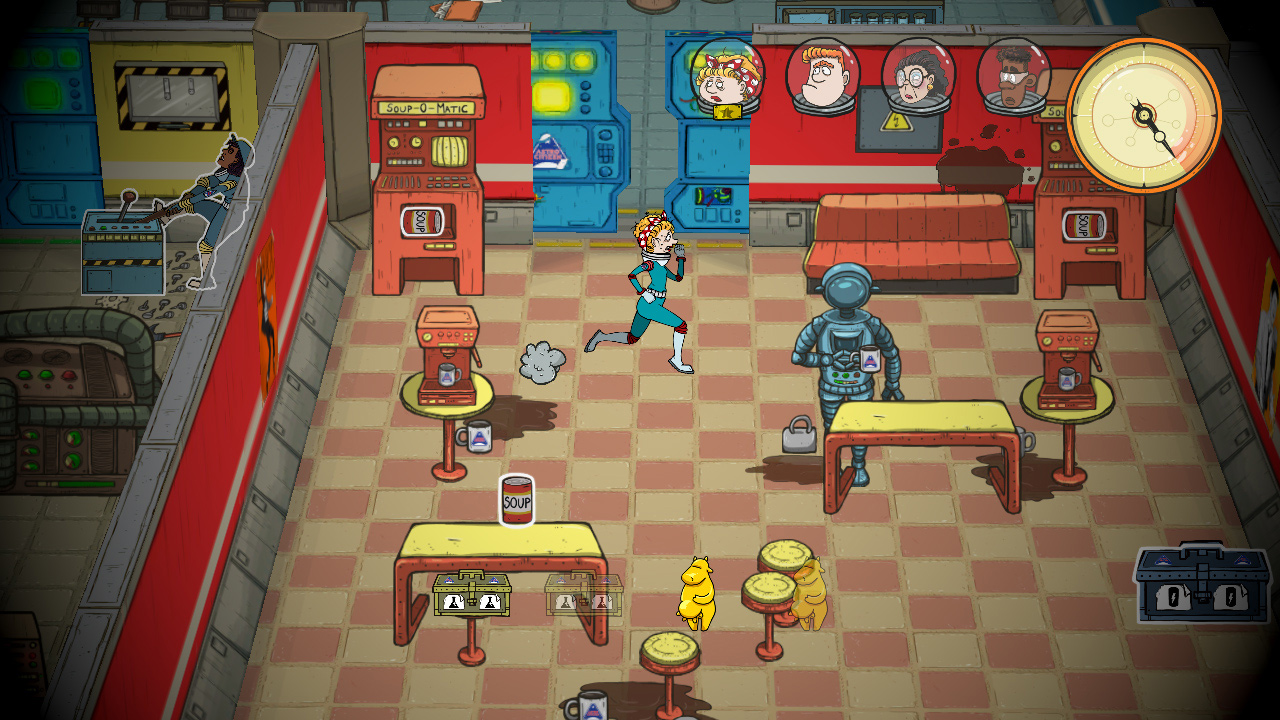 You can also send out crew members on expeditions to potentially bring back supplies for the group. In 60 Parsecs! you can choose where you want them to go and the length of the trip, in case you need them back with some supplies ASAP. Sending crew members out to search for supplies is a must, but you do need to be aware of how they might not return once they exit the ship.


I loved the art style used in 60 Parsecs!, with its humoristic but dark feeling. As your crew members start to lose their sanity, and as the time they’ve been trapped together continues to grow, all of them start to look crazier and more disheveled and unkempt. And if one of the members of your group ends up dying, you’re going to see their skeletons as a reminder of your mistakes. 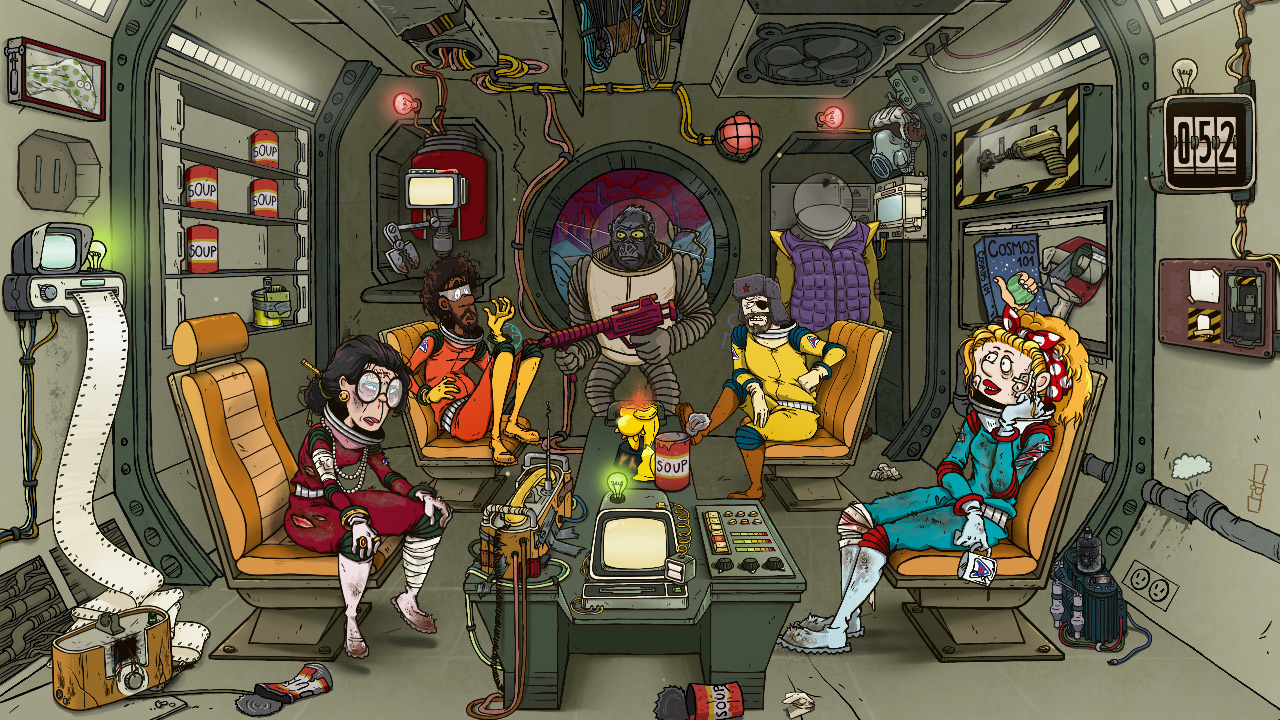 Just like with 60 Seconds! Reatomized, I found 60 Parsecs! to be a fun time on PlayStation 4. I don’t normally love survival games, but I found that the particular gameplay loop of 60 Parsecs! and the text-based interface made for a fun experience. The length of each run will vary depending on your planning abilities and the luck of the draw, given the game’s random nature. Having recently played 60 Seconds! Reatomied, I could certainly spot the many changes the team made for this sequel that make it a little more complex.

Disclaimer
This 60 Parsecs! review is based on a PlayStation 4 copy provided by
ROBOT GENTLEMAN SP. Z O.O..

Habroxia 2 Out Next Month On PS4, PS Vita, And Nintendo Switch