A few months ago, I got a chance to review Tcheco in the Castle of Lucio from indie Marcelo Barbosa, a fun 2D 8-bit styled platformer that featured bite-sized stages with a good challenge, sprinkled with some boss fights here and there. Marcelo is back, and this time around, he’s giving us Skatemasta Theco along with eastasiasoft. Tcheco in the Castle of Lucio featured a skateboarding sequence, but this time around, the whole game has you skateboarding as the titular character in a 2D autorunner style game with the same colorful 8-bit type of experience. 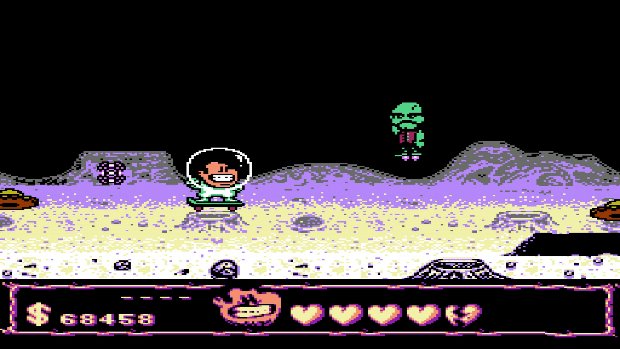 Since Tcheco is riding a skateboard, he will continuously be moving forward non-stop. Your task will be to jump with the X button to overcome obstacles, jump on top of enemies to defeat them, as well as for the platforming segments you’ll have to take care of. If you press the X button again while you’re already up in the air, you will do a dash, which can be used to defeat enemies or to clear larger gaps on your path.


The stages you will be playing are Concrete Jungle, Da Mall, Sonica Land, Santa’s Arrival, Gaucho Coasts, Flat Moon, Micro Mini-World, and Illegal Casino. Each stage will have a star rating to let you know how hard it’s going to be to complete, with Concrete Jungle being the easier one at one star and Ilegal Casino being the hardest one of the group, with four and a half stars. 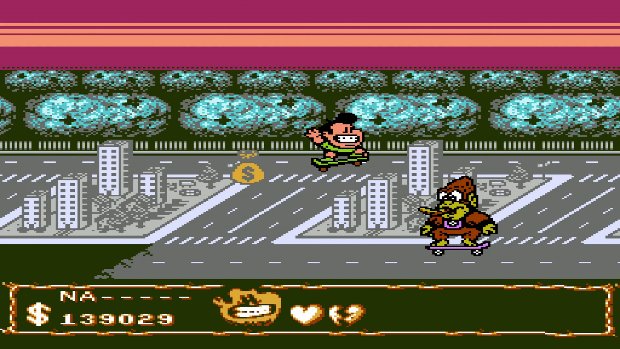 The enemies, stage layout, soundtrack, and other elements you will see in each stage will give a nod to some pop culture references here and there, as well as to games from the 8-bit era, such as Mega Man, DuckTales, Super Mario Bros., Adventure Island, or Circus Charlie, to name some examples. Tcheco in the Castle of Lucio had many nods to old-school games and pop culture in general, so it was to be expected that Skatemasta Tcheco would also do this.


At the end of the level, you will have to take on a boss fight that will challenge your skills as you try to survive. You will need to pay attention to each boss’ movement and attack patterns so that you can find the right time to attack so that you can deal some damage. In each stage will be a set of letters for you to collect. They’re usually on hard to reach spots or on paths that you need to know you have to take, or else it will be too late. If you manage to collect all of the letters, Tcheco will get to call upon the help of one of his friends for that stage’s boss fight. 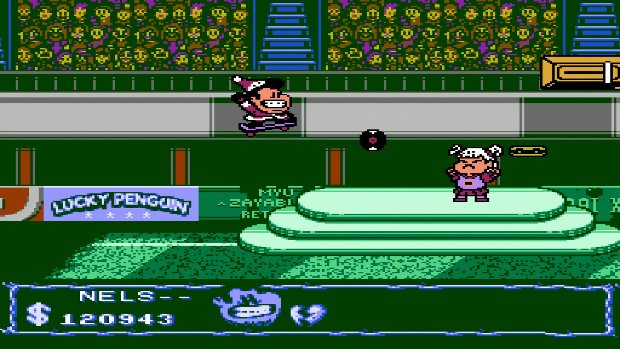 Once you have beaten the boss and completed the stage, you will get to talk to Maicon – Tcheco’s brother – who will ask if you want to save your progress. Saving your progress is a good idea since odds are you’re going to lose all of your lives at some point, but saving your game will cost money, so you’ll have to part with some of what you’ve collected. The further you progress in the game, the more expensive it will get to save, so be ready!


Tcheco in the Castle of Lucio had a full trophy list with a Platinum trophy, and Skatemasta Tcheco follows suit with a variety of objectives for you to complete before you can add one more Platinum trophy to your collection. You will get a trophy for jumping on top of an enemy, for collecting a health pack to recover some of your lost health, grabbing all of the letters in a stage, for living on the edge and not saving with Maicon, or for defeating three enemies in a combo, to name some examples. 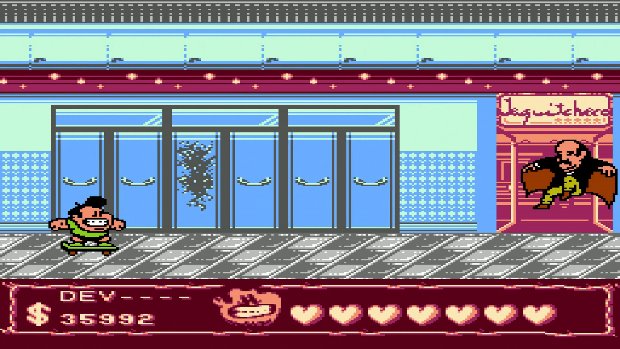 If you had fun with Tcheco in the Castle of Lucio on PlayStation 4, then you’re going to enjoy taking on the many 2D stages that Skatemasta Tcheco has to offer. Skatemasta Tcheco is out now on Sony’s current-gen console for a low $4.99 asking price, making it an easy one to recommend.

Disclaimer
This Skatemasta Tcheco review is based on a PlayStation 4 copy provided by eastasiasoft.

The Bluecoats North & South Out Now