[PS4] Tcheco in the Castle of Lucio Review

In Tcheco in the Castle of Lucio from Marcelo Barbosa and Fantastico Studio, you will take on an 8-bit styled 2D platformer in which your goal is very easy to understand: grab the key(s) in each stage to open the way to the next one! The game will throw 65 rooms at you of an increasing difficulty in which you only have a second or two fo surveying your location, and making a plan to reach the key before Tcheco dies from a dog bite, a zombie bite, a Franken-bite, or fish – to name some examples. 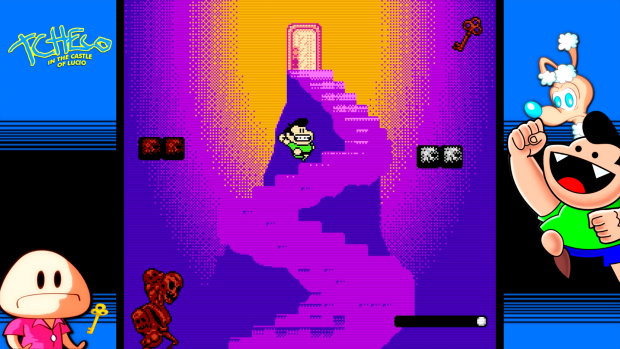 Before you start your run, you can select between two difficulty settings. There’s the Classic moe, which is the difficulty at which everyone should play this one for the first time since it’s how the game was originally released a few years ago. And then, there’s Try Harder, a more forgiving mode that dials down the challenge a bit by giving Tcheco a single hit point at the start of the run, but with a twist: if you’re hit, then you will just have to restart on that room instead of being taken back to stage 1!


For Tcheco in the Castle of Lucio, controls are simple and to the point. You’ll move Tcheco around with the left analog stick or the D-Pad, making him jump with the X button… and that’s it! You will have a set number of hit points – which you can check at the bottom of the screen, and once those are gone, Tcheco will be dead, and it’s game over! You can find extra lives in some stages in the shape of medkits, but there are also some hidden extra lives in some of the game’s levels, so be sure to search everywhere! 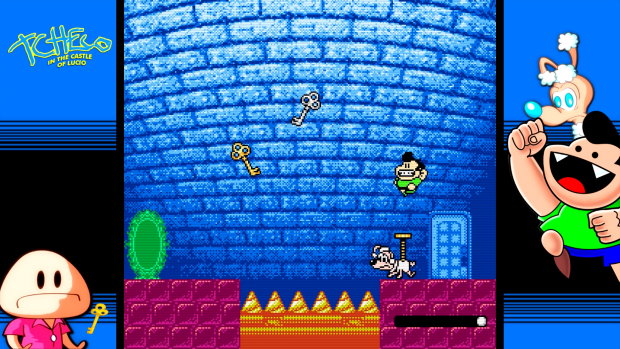 As you explore each of the game’s rooms, you will notice nods to old-school games and series here, there, and everywhere. Tcheco in the Castle of Lucio pays homage to releases such as Castlevania, Elevator Action, Mega Man, Astro Bot, Arkanoid, Adventure Island, Indiana Jones, Ninja Gaiden, Teenage Mutant Ninja Turtles, and more. The game’s look and feel definitely takes you back to the days of the Nintendo Entertainment System (the NES), minus the sprite flicker and slowdown. 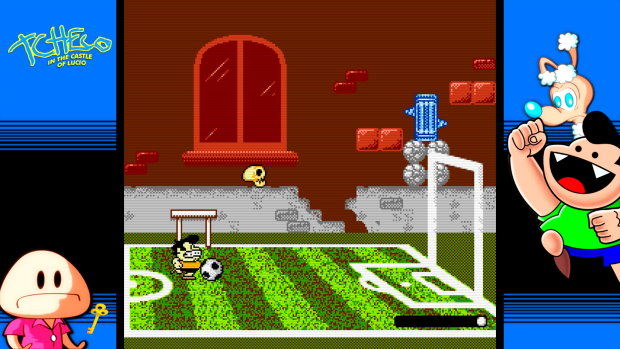 Tcheco in the Castle of Lucio has a full trophy list with a Platinum trophy, which is always great news for indie budget releases. There are trophies for defeating each of the game’s bosses, for finding the handful of hidden extra lives in the game’s stages, for not grabbing any of the bonus health before each of the boss fights, for collecting the final set of keys right before the final boss in Tcheco in the Castle of Lucio, or for petting a dog once it’s no longer trying to bite you, to name some examples. 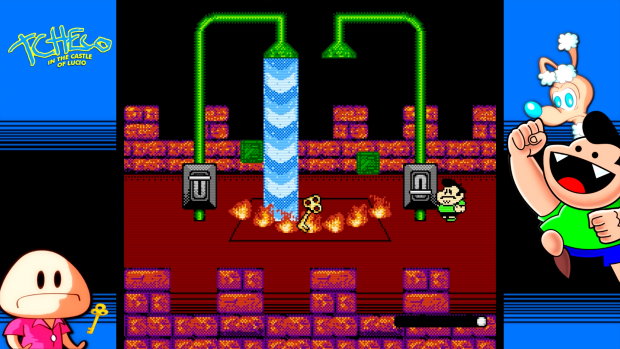 Tcheco in the Castle of Lucio is a fun, bite-sized game with a good challenge that pays homage to a ton of video games, comic books, and movies, giving us 65 stages to complete, a new easier difficulty setting, and a full set of trophies on PS4. Tcheco in the Castle of Lucio is out now on PlayStation 4 for a low $4.99 asking price, making it an easy one to recommend on Sony’s current-gen console.

Disclaimer
This Tcheco in the Castle of Lucio review is based on a PlayStation 4 copy provided by Fantastico Studio.