After giving us Super Volley Blast, as well as Super Tennis Blast, Spanish indie team Unfinished Pixel is back on PlayStation 4 with Super Soccer Blast. As you can probably imagine, this new title on PlayStation 4 gives us a more arcade-style variation on the sport, all wrapped in the colorful presentation and fun gameplay mechanics we’ve come to expect from this particular developer. It’s also available at a budget $7.99 asking price, which makes it an easy one to recommend to soccer fans. 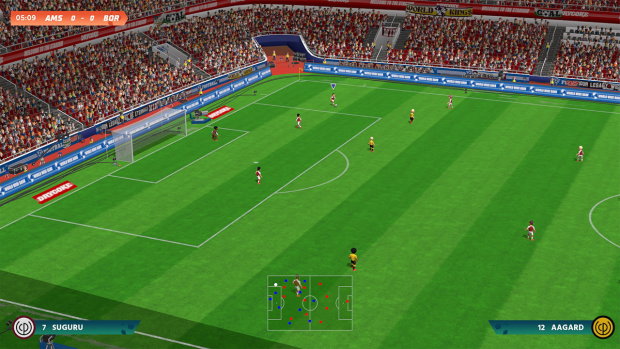 You’ll be taking on Quick Matches for a single game, or go into one of the World Tour tournaments. For these, you can take on the Eurochamps tournament, the Fiesta tournament, the League of Champions, the Mediterranean League, or the Mondo Cup – you know, a cup for teams and players from around the world. For each of these, you’ll be able to select the AI level (Very Easy, Easy, Medium, or Hard) and the match length (five, ten, fifteen, thirty, forty-five, or a full ninety minutes). 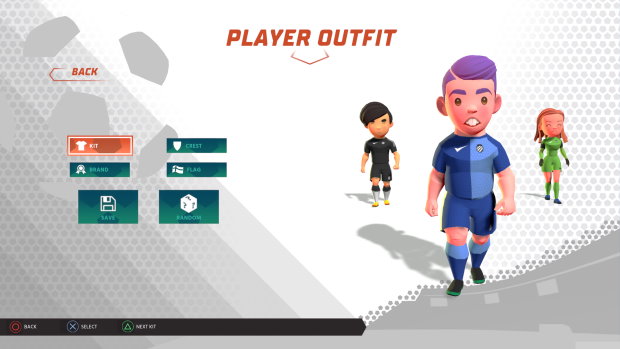 You can create custom content, creating an avatar and team to make your own. The avatar you create can be changed by editing its gender, body, head, hair, eyes, eyebrows, ears, nose, mouth, beard, moustache, wrinkles, tattoos, and shoes. Each of these has a variety of options, modifiers, colors, and sizes for you to change around so that you can create the right avatar for your session. Once you’re happy with the choices you’ve made, or if you’ve decided to use the randomizing option to speed things up, you’ll be able to save your player by giving it a name.

As for the team editor, you can select between different city teams – such as Barcelona, Madrid, Munich, Amsterdam, or Paris -, or from national teams that include Argentina, Mexico, Japan, France, or Uruguay, to name some examples. Once you’ve selected a team, you can then edit the squad itself by changing players, changing their positions, and their numbers. You can also go ahead and make changes to the team’s kit for local and away matches – as well as the goalkeeper’s kit – by changing the pattern and colors for shirts, pants, socks, and shirt and pants numbers, change the team’s crest, brand and flag. You can also randomize this process before you hit save.


Speaking of custom content, while you can take on a World Tour tournament or dive into a quick match for some fun arcade-style soccer action, there’s also the option of building your own custom competition. You can create a League with up to 20 teams and select if matches can end in a draw or if a golden goal is part of the rules, a Knockout Cup with four, eight, or sixteen teams, or a Groups + Knockout Cup for eight or sixteen teams, also selecting if matches will end in a draw or if a golden goal wins the match. Pick the AI level, match duration, stadium, and ball pattern, and you’re ready to go! 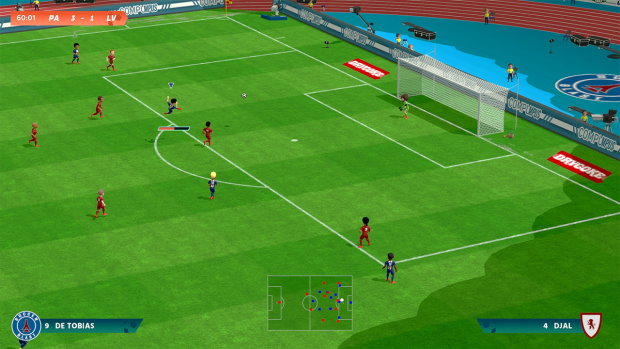 The game also offers a series of sixteen challenges for you to complete. The objectives for these challenges include things such as winning a match in a World Tour tournament, winning a World Tour tournament, scoring five, twenty-five, fifty, and one hundred goals, having one of your players score a hat trick, winning a match by more than five goals, winning a custom tournament, saving a custom avatar in the avatar editor, or creating a new team in the team editor. It’s a nice set of objectives that will keep you busy for several hours if you’re the type of player that likes to 100% a game.


Speaking of getting 100% in a game, you’ll be happy to learn that Super Soccer Blast includes a full trophy list with a Platinum trophy for you to earn. As expected, the challenges the game has to offer are also linked to the trophies that you can unlock, so as long as you complete all of the challenges, you’ll be able to add a new Platinum trophy to your collection! The trophies that will take you the longest to complete will be for winning all of the World Tour tournaments, but at least it will be a fun time! 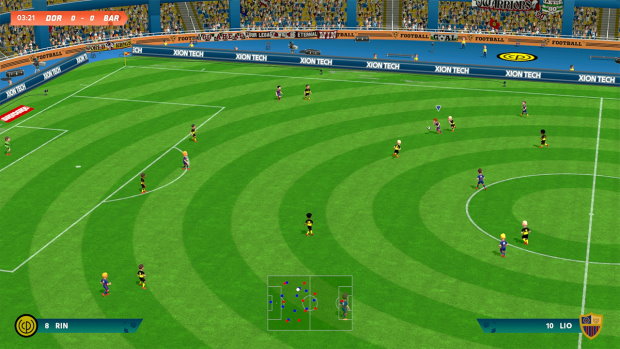 The other games from indie studio Unfinished Pixel were a lot of fun to play thanks to their colorful graphics, fun gameplay mechanics, and arcade-style experience, and that is also the case for Super Soccer Blast on PlayStation 4. The game is out now for a budget price of $7.99, and it’s a solid option for soccer fans who are looking for a game that is a bit more on the arcade side of things that is easy to pick up and play.

Disclaimer
This Super Soccer Blast review is based on a PlayStation 4 copy provided by Unfinished Pixel.