We’re working on a review for Legends of Amberland on Nintendo Switch, so I got in touch with Pineapple Works to talk a bit about the game. Come check it out!

PS4Blog: Welcome! Thank you for joining us today. Could you please help us get started by telling our readers a bit about yourself and your work?

At Pineapple Works, we do game development, game porting, and publishing for over five years now. We’re primarily focused on working together with indie developers and other publishers. In terms of console porting, we’ve successfully ported games made in Unity, Unreal Engine 4, Godot Engine, and some other more obscure or custom engines.

Legends of Amberland is our third published title. 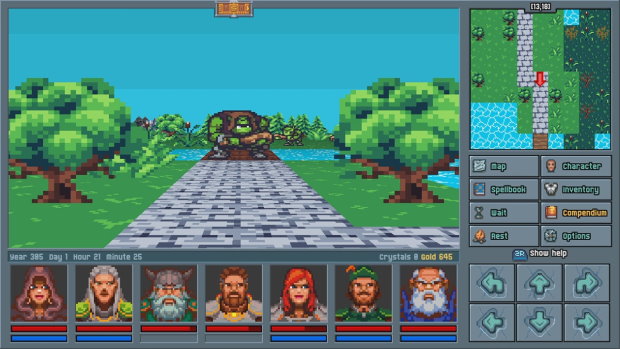 PS4B: On that note, Legends of Amberland: The Forgotten Crown is on its way to the Nintendo Switch. What can you tell us about this game?

Legends of Amberland: The Forgotten Crown is a retro-style, western turn-based dungeon crawler with RPG elements and a fairytale-like story of noble heroes on an epic quest. Its grid-and-90-degree-rotation-based movement system evokes such classics as Dungeon Master, Eye of The Beholder 2, or the Might & Magic series (parts III-V especially). 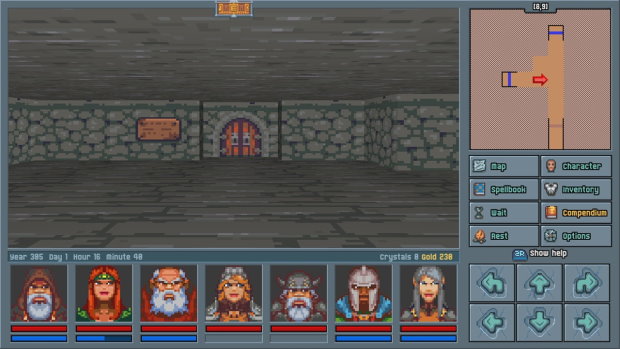 PS4B: How long did it take to develop the game for its Nintendo Switch debut? Are there any differences between the Steam version and this one for Nintendo’s hybrid console?

It took us about five months to port LoA from the Windows version, but it wasn’t the only project we worked on during that time. Localization work alone took over a month.

The main visible differences are changes in the user interface to adapt the originally mouse-oriented game to the touchscreen and Joy-Con and make the game’s text more readable, even on a Nintendo Switch Lite, by changing the original color schemes and enlarging the fonts. We wanted the players to get a great user experience on the handheld console while still retaining the classic 1990’s dungeon crawler look ‘n’ feel, and I think we did a good job with that. 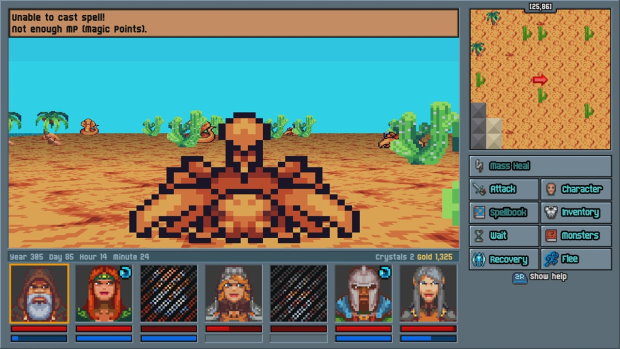 PS4B: Are you currently working on any other projects that will be getting a Nintendo Switch or PlayStation 4 release?

“Beat Me!”, an online & local coop brawler, together with Red Limb Studios, and “EarthX,” a sim/tycoon type of game where you can run your own space company, together with Mesote Games.

We have more games in the works, but we haven’t announced them yet. 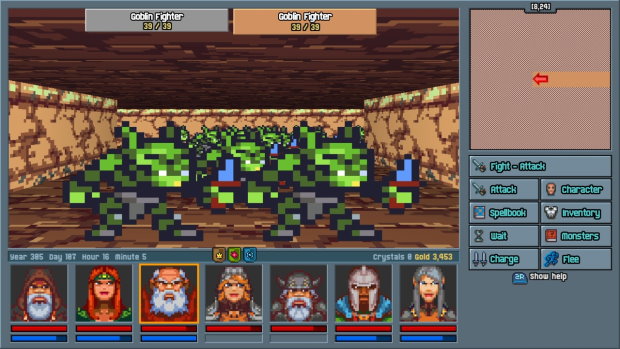 We sincerely hope that Nintendo Switch players will have a good time playing Legends of Amberland: The Forgotten Crown, especially those who fondly remember playing its inspirations from a few decades ago.

Thanks for having us over for the interview!