Biped from META Publishing and NExT Studios is a fun single-player and co-op puzzler on PS4. Learn more in our Biped review!


Biped is a single-player and co-op adventure in which you’ll get to control Aku and Sila, two bipedal robots who will embark together on a new journey. You will be controlling the robots with the two analog sticks, which will be used for everything from walking to, say, operating heavy machinery. The first thing you’ll do is take on the mandatory training level so that you can get the hang of things for this single-player/co-op adventure. It does take a minute for things to click, so be sure to pay attention! 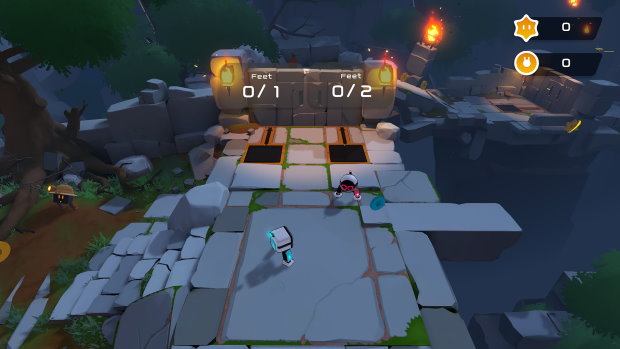 For controlling a robot, the right analog stick will be used for controlling the robot’s right leg, lifting it, moving it, and rotating it around as needed. As expected, the left analog stick will be used for controlling the robot’s left leg. The tutorial will first ask you to move each leg on its own as you hit some markers and lower your leg to step on some marks on the floor, before making you walk forward, one leg at a time, before setting you on your own to complete the stage. You’ll soon learn that the robots can skate around on smooth surfaces, which is done by pressing on both analog sticks at the same time. You can also grab onto something with one of your legs to then pull to, say, open a chest. Robot legs are also useful for stepping on switches to open doors, so be sure to give that a try!


Along with completing a stage, for each level, you’re going to have to focus on three other goals along the way. If you want to 100% Biped, you’re going to have to look for and collect all of the stars in the level, keep your total number of deaths for the stage below the limit for that particular stage, as well as complete the stage within the time limit. Some of the stars are going to be out in the open, but others might need to be obtained by completing short challenges, such as collecting a set of coins in X seconds. Don’t worry about getting all of them at once, since you can replay stages to complete the objectives you didn’t manage to complete. 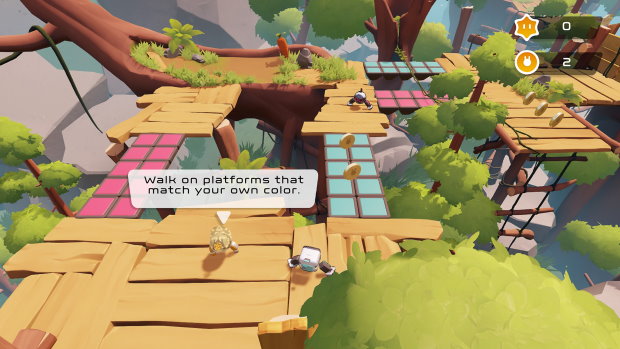 Once the mandatory tutorial stage has been completed, you can take on each of the proper stages that Biped has to offer. Stages are very colorful and will feature fun platforming sections where you will be tasked with stepping on switches, pulling on levers, quickly walking over platforms that will fall off if you’re not fast enough, magnetic rails you can ride with one of your feet, and more. All of this will be done in order for you to be able to activate the beacon at the end of the stage. When playing on your own, the game’s puzzles will be tailored to that solo experience. When playing with a friend, you’ll find switches that are color-coded to match the color of each robot, as well as platforms that only the robot of the corresponding color can walk over! 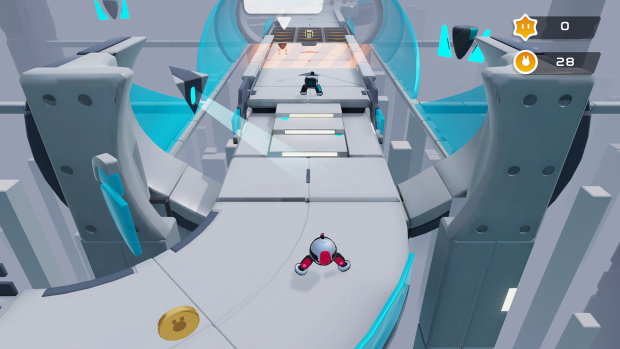 The coins you collect in each stage, either out in the open or from the chests you can open with your legs, can be used in the Store to purchase some bonus accessories to customize the look of your robots. You can add some colorful glasses or a funny hat. There’s a safety hat in there for you to buy to make your robots look especially safe, but since it costs 980 coins, you can imagine how it’s going to take a bit to save up for it, especially if you buy the other accessories along the way! 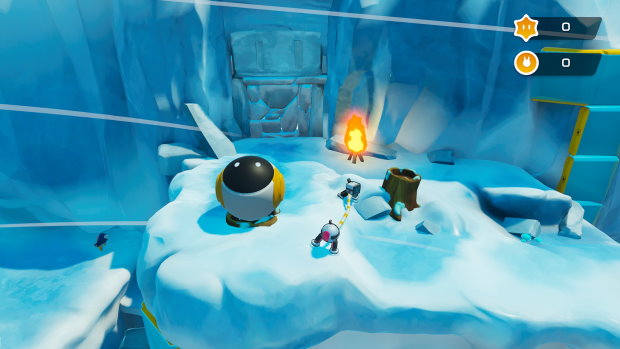 Biped does not have a Platinum trophy for you, but it does have a list that is heavy on the co-op! To get all of the trophies for Biped, you’re going to have to complete each of the stages in two-player co-op, complete one of them in co-op in 15 minutes or less, complete another stage in co-op with less than ten deaths, purchase all outfits in the store, complete all the levels in single-player mode, as well as collect every single star in Biped. Do all of this, and you’ll have a new 100% trophies game on your list. 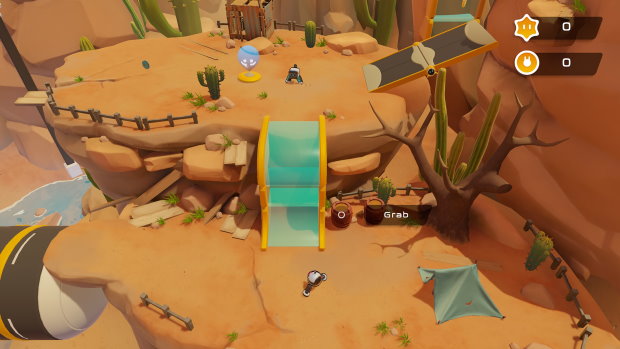 Depending on how you – and a potential partner – do in each of the stages in Biped, and if you go back and replay them to reach 100% by completing them by collecting all the stars while not dying as much and finishing each level as fast as possible, you’re looking at around 3-4 hours at most. Since stages are different depending on if you’re playing in single-player or in co-op, it’s like you’re getting two games in one! Biped is out now on PlayStation 4 for only $14.99, and it’s one that I recommend you give a go. Are you up for a relaxing challenge?

Disclaimer
This Biped review is based on a PlayStation 4 copy provided by META.

SpongeBob SquarePants: Battle for Bikini Bottom – Rehydrated On Its Way