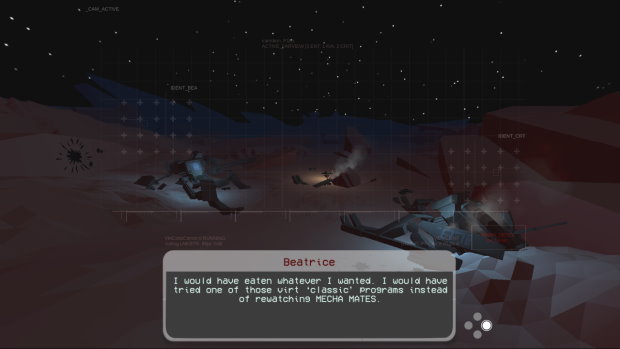 In CAN ANDROIDS PRAY: BLUE from aPriori Digital and Strange Scaffold, you will be witnessing the final moments of a pair of soldiers who are about to die after an operation that has gone terribly wrong. You’re going to part of the back and forth between them, selecting the answer one of them presents to the other as they both sit inside of their mechs, unable to exit them since that would only speed up their deaths due to the harsh conditions of the atmosphere of this planet, which was once known as Earth. 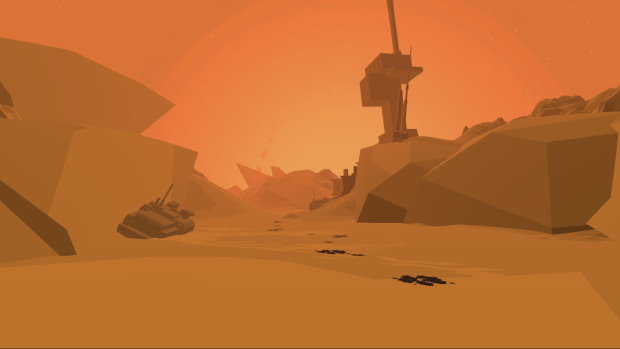 As I started to play the game, I was reminded of the Circular games from Bithell Games – Subsurface Circular as well as Quarantine Circular – thanks to the minimalist approach of CAN ANDROIDS PRAY: BLUE, with a focus on the conversations as the driving force behind this new Nintendo Switch release. CAN ANDROIDS PRAY: BLUE is going to offer a bite-sized experience that is best enjoyed in one go, but don’t let that keep you from giving it a try! 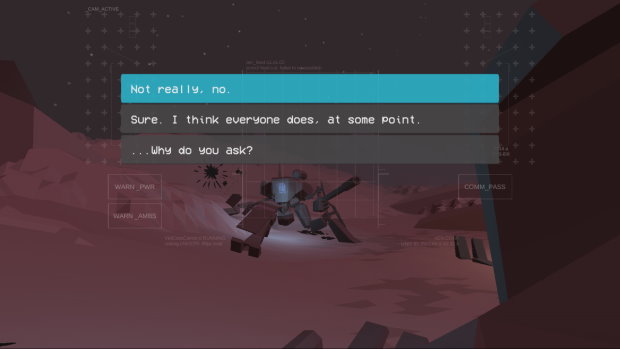 This being a 3D visual novel, the controls are simple and to the point. You’ll use the left analog stick or the D-Pad to scroll through any choices the game presents to you, using the A button to make a choice, as well as to progress through the in-game text. Speaking of the text, I do want to mention that CAN ANDROIDS PRAY: BLUE offers you the option of decreasing or increasing the size of the text, which makes it easier to pick the right size when playing at home or on the go. Oh, and you can also use the Nintendo Switch’s touchscreen to control things when playing in Portable or Tabletop Mode, or when playing on a Nintendo Switch Lite. 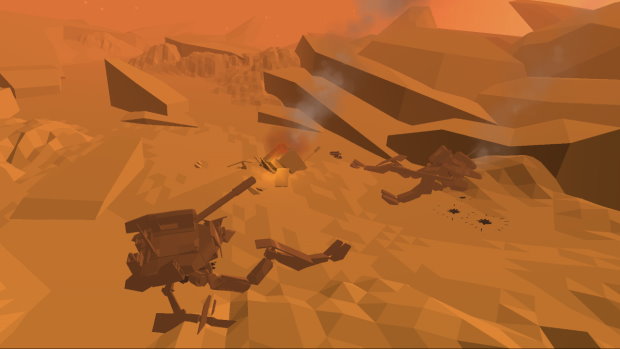 CAN ANDROIDS PRAY: BLUE is a short visual novel experience that is going yo take you 15-20 minutes to play from start to finish, but it does have different dialogue interactions between the characters here and there depending on how you decide to answer during each of your choices. I won’t spoil what the overall conversation’s theme is or how your character can be, well, characterized during your short run, but I will say I was definitely entertained by this experience that will set you back $6.99 on the Nintendo Switch.

Disclaimer
This CAN ANDROIDS PRAY: BLUE review is based on a Nintendo Switch copy provided by aPriori Digital.

[Beyond PlayStation] Lots of Slots Review