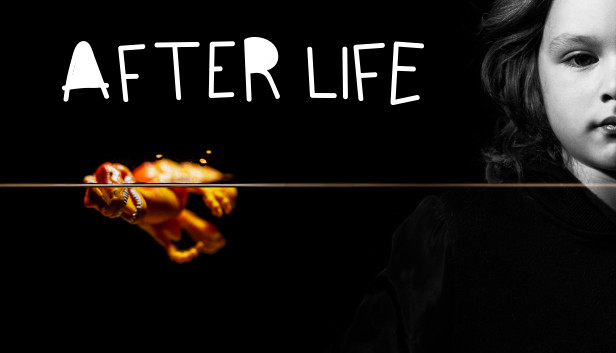 A neat experiment in VR storytelling

Grieving over a young child’s death, you watch the story of that family unfold right before your eyes on PS VR. Check out our Afterlife review!

After a life-changing event, a family struggles with loss and attempts to mend their frayed bonds. Experience their struggle and explore Afterlife’s multiverse of different realities as the family acknowledges absence in their own lives. Using cutting-edge interactive film techniques, Afterlife takes you through a 360° branching narrative that seamlessly reveals a story that shifts based on the characters that you choose to follow and the objects you activate within the environment.

FEATURES
– Interactive film
– Shape the story by choosing which character you follow- Navigate and interact seamlessly in a rich 360-3D virtual reality live-action narrative
– No two playthroughs are alike: this branching story has 3 episodes, 29 unique choices, thousands of unique playthroughs and multiple endings
– Subtitles in English and French available (NOTE: Enabling subtitles will disable the 3D stereoscopic capabilities in order to avoid eye soreness while reading the text.)


Afterlife is a new game for PlayStation VR that is different from everything else I’ve tried in the virtual reality space. It takes a full-motion video shot on a 360-degree camera and tells a compelling story. It’s a really interesting undertaking with a premise that helps it stand out on Sony’s PlayStation VR. 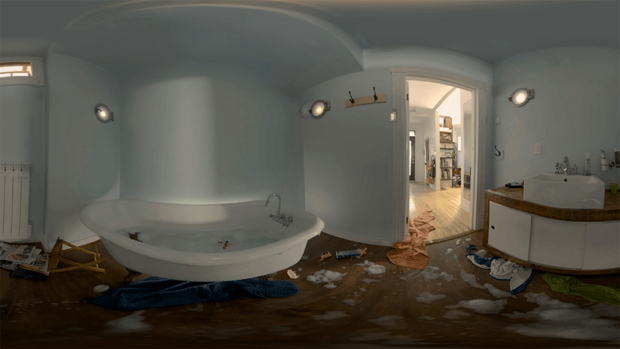 Let’s talk about Afterlife’s story. It’s a tale about a grieving family after the accidental death of a five-year-old in the tub. You’re, therefore, seeing the family deal with things in their own ways. The story is a branching narrative played in real-time, so whatever you are focusing on, you will continue to follow that side of the story. You’re watching a scene in the kitchen with the family, but you hear a knock on the door. By looking at the person answering the door, you will be moved to that POV so that you can see that part of the story, but you will lose whatever is going on in the kitchen. Afterlife is designed for multiple playthroughs, so you can repeat the story as many times as you need to see the different endings, experiencing everything the game has to offer.

It’s a neat storytelling mechanic that makes for an interesting setup, giving the story a nice flow as you discover new elements. After you finish the chapter, you do get a grid of the choices you made, showing the other choices that could have been made for you to consider them for subsequent playthroughs. It’s almost like a David Cage game, but on a significantly smaller scale. Each playthrough will be about 30-45 min long for you to complete all three chapters of Afterlife. You will occasionally be asked to interact with an object to trigger a paranormal event to help move the story forward using the PlayStation Move controllers or the DualShock 4. 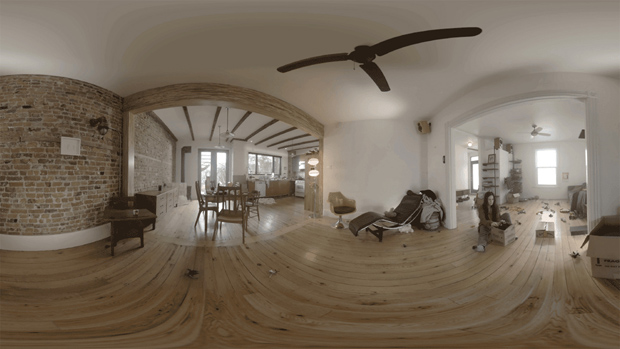 Since it is a movie presented in a PlayStation VR environment, I do need to critique the acting. I didn’t enjoy the acting from the family, as I found that they didn’t play off each other very well. They just didn’t seem to gel, with each of them almost having different takes on the material, without them having figured that out as a team – there could have been better chemistry between them, but it seems they didn’t click.

The full-motion video setup is interesting because it doesn’t feel like other virtual reality games. You are essentially looking all around you at a flatscreen, and you get no depth perception of what’s around you. It’s jarring at first, and it occasionally made me feel sick. Those moments don’t happen a lot, but it definitely happened to me as I played.

Afterlife is an interesting experiment as a game. I liked the idea of short movies being told from a VR perspective, allowing you to jump into different parts of the experience. The story is certainly a sad one, with the family suffering from their loss, making this a moving tale. I want to see more stories told in this style since, for less than the price of going to see a movie, you can enjoy a branching story from a unique perspective.

Disclaimer
This Afterlife review is based on a PlayStation VR copy provided by Signal Space Inc.

Tamashii On Its Way To PS4 And Nintendo Switch