Have fun with your friends in this game and trick them with some cruel magic? Sure! Learn more in our Penn & Teller VR: F U, U, U, & U review!

FOOL YOUR FRIENDS
Perform 10+ cruel magic tricks (disguised as cutting-edge science) that will leave your loved ones screaming and you cackling maniacally. Demonstrate the healing powers of immersion therapy, test your telekinetic powers, or even guide your soon-to-be-ex friends as they perform The Most Dangerous Act in Showbiz!

PLAY WITH YOURSELF
No friends? We thought so! Strap on your headset and become a high rise grime fighter or a “willing” volunteer in one of Penn & Teller’s acts.

MASTER THE MAGIC
Slip into the virtual shoes of legendary magicians Houdini, Cardini, and Penn Jillette himself and perform your own water escape and card trick—with Penn & Teller as your magical mentors.


So first up Penn & Teller VR: Frankly Unfair, Unkind, Unnecessary, and Underhanded isn’t really much of a game per se, as it’s more of a PlayStation VR showcase. The conceit of the “game” is that you are going to play tricks on your friends while you are using the PlayStation VR headset. It’s an interesting experiment, so I was more than willing to give it a try. 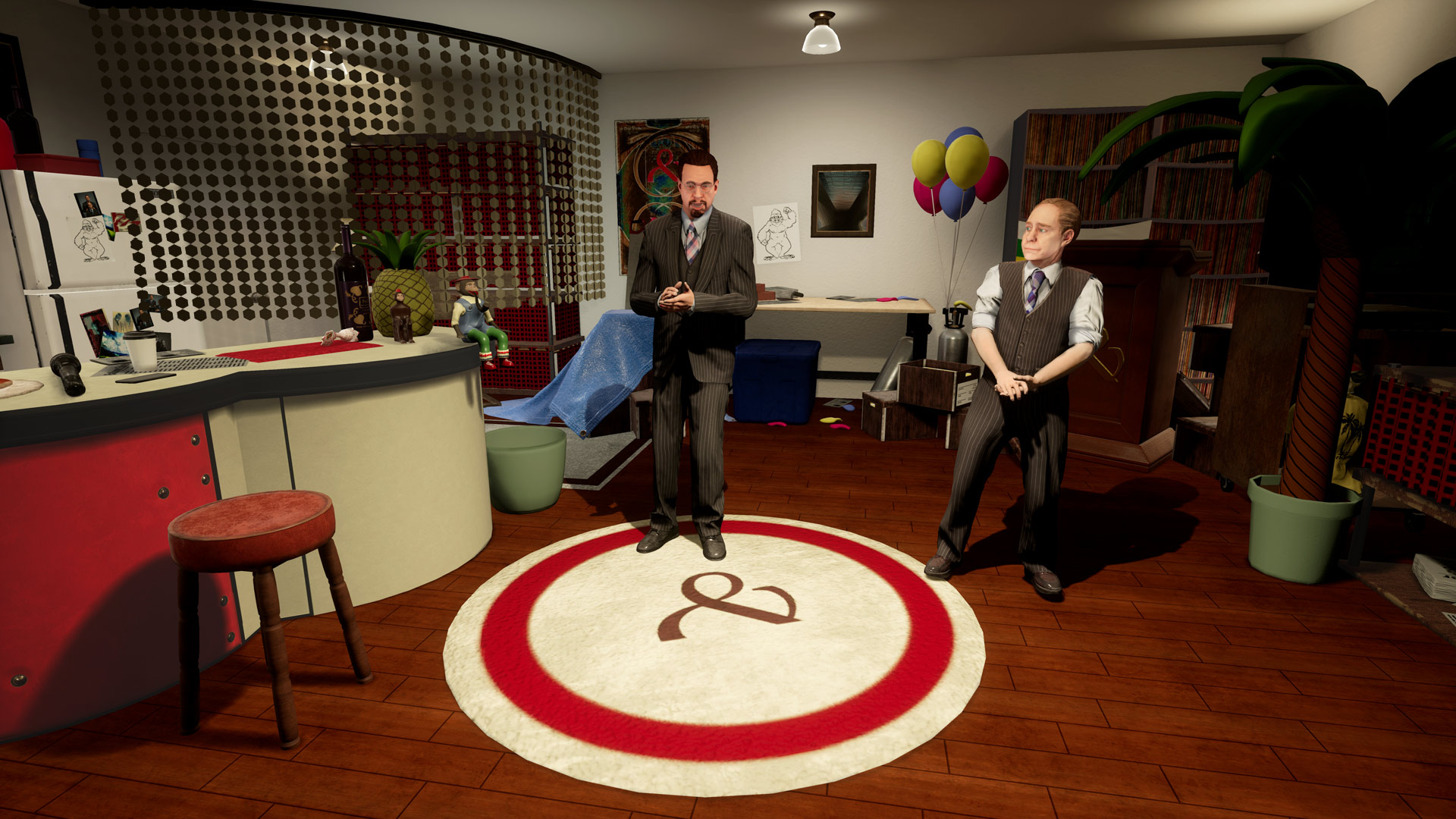 Penn & Teller, who have their likeness and voices in the game, will walk you through some pranks to play on your friends. You need to watch how all of the magic tricks take place, and there is a magical backroom which you need to view to see what is going on. Each of the tricks has some input from you, so you need to learn them all and pay attention to what you need to do. You will get some on-screen tips from the social screen on the TV when you need to do things. Don’t worry the person wearing the headset won’t see anything.

Once you are confident in your skills, you will need to invite some hapless victims to see the trick. This can be a little more tricky to pull off. The best situation for maximum effect is just you and another person. If you do this in a party with more than one person “your Involvement” will be ruined, and they will know if they put on the headset that they are getting pranked. I tried this with my wife, and when she realized what was going on she was pretty annoyed with me. I later played it with a buddy of mine, and when I explained after the fact what was going on, he thought it was pretty funny and a neat VR Showcase.

Penn & Teller VR: Frankly Unfair, Unkind, Unnecessary, and Underhanded has 14 bits that you can perform. Some are really compelling magic tricks, others focus more on a prank, and for whatever reason, if you want to watch Penn read the entirety of Moby Dick to you off from his E-Reader, then you can do so. Once you have the bits in the order you want to show them to the victim, you can actually create a playlist and then have the option to start the show. 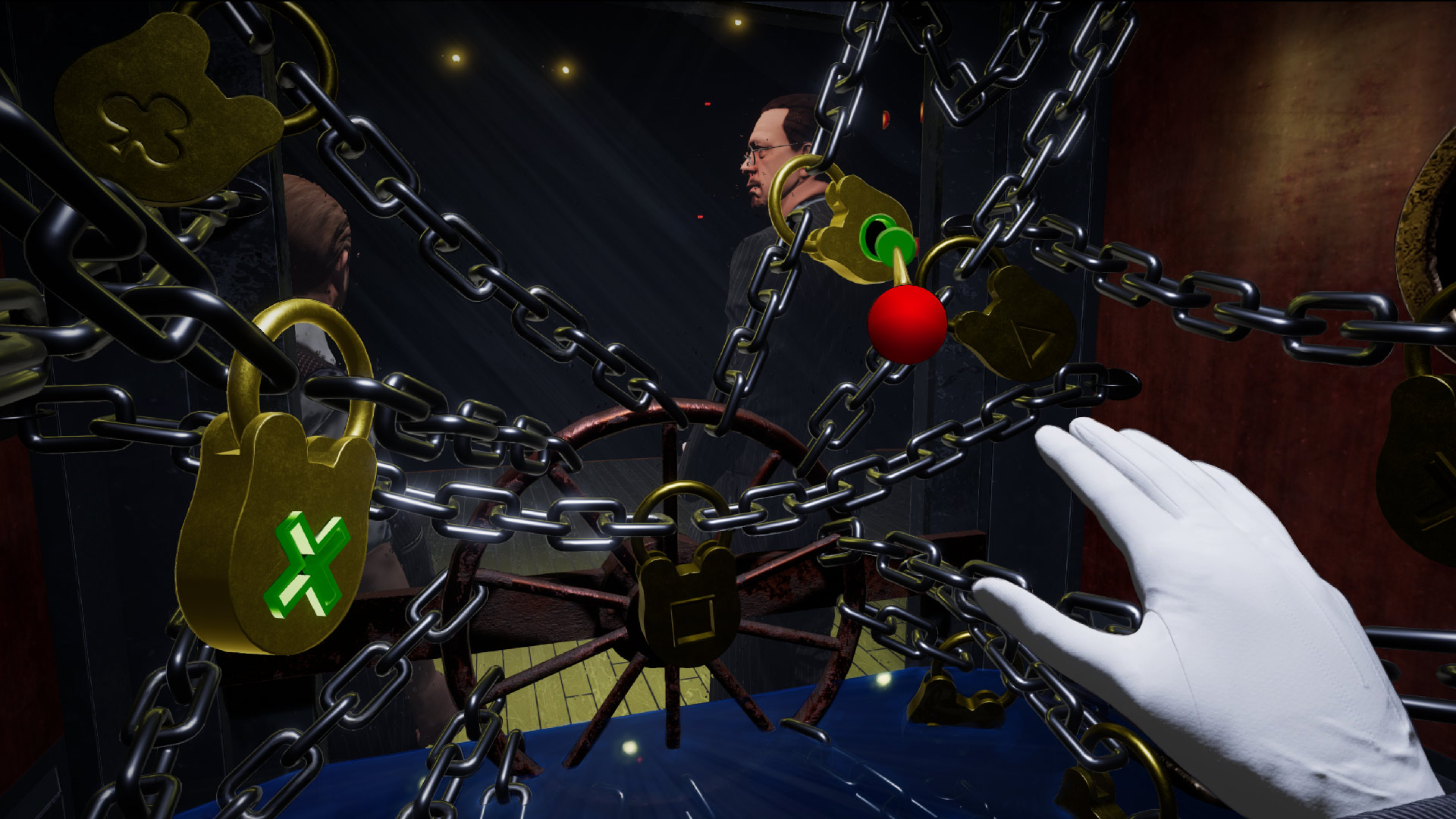 What this means in the long term, is that there isn’t a long term with Penn & Teller VR: Frankly Unfair, Unkind, Unnecessary, and Underhanded. You can get people once with it, and if you use it at parties, it will be exposed to more people, making it impossible for you to trick that many people. What it does great is make for a very interesting showcase for virtual reality to show off the system.

Some of the tricks are really cool bits include catching a bullet with your mouth, where you are in looking through Teller’s mouth, and your victim needs to time the mouth closing to catch the bullets, or the teeth will break off inside his mouth. The person not wearing the headset will control it with the Dualshock 4. Eventually, a shotgun will be pulled out making the player jump back, involve the headset telling your friend that it can see hand movement and you don’t need the PS Move controllers… except you grab the controllers replicating your friend’s movements, even the ability to press buttons on the Move controllers to raise certain fingers. There are too many to go over and, I honestly don’t want to spoil things here. 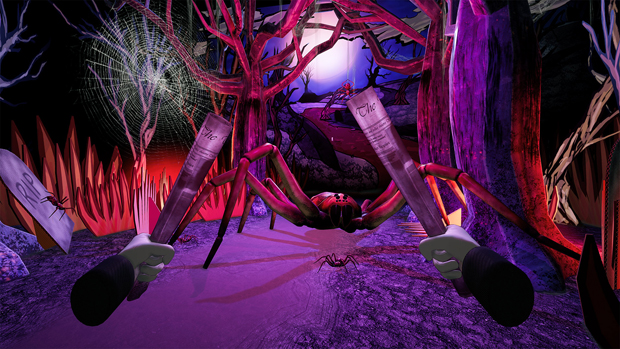 I thought Penn & Teller VR: Frankly Unfair, Unkind, Unnecessary, and Underhanded was a really interesting experience. I use that word instead of game, because this doesn’t feel like a game. That’s a good thing though, as virtual reality is going to have very broad uses going forward in what it does and experiences like this will help that future. If you have a bunch of friends that don’t mind being pranked this is a good option to pick up, especially as a showcase piece for the system, as it will open up their minds about what VR can do. Just be warned once you’ve shown it off, you can’t get that person a second time, so it will have a limited use.

Disclaimer
This Penn & Teller VR: F U, U, U, & U review is based on a PlayStation 4 copy provided by Gearbox Publishing.