Death End re:Quest is split into two sections. On the visual novel portion of the game, you play as Arata, who is a video games programmer working on a Massively Multiplayer Online game – what we know as an MMO. This is not just any MMO, since it’s a Virtual Reality MMO game called World’s Odyssey. The game, unfortunately, ends up getting canned, because of developers basically going AWOL, on top of several unfixable issues with the product itself. One of the developers who went missing is known as Shina, and she is in the game world playing on a mysterious server. Shina is in the second portion of the game, and with her you get to play the action parts you’d expect from an MMO – combat, leveling up, and so on. Shina is the more fun character of the two, with Arata feeling almost like a narrator. 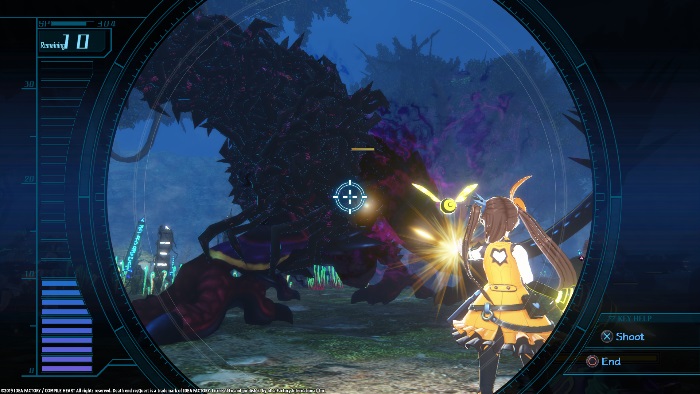 In the game world, Shina is an amnesiac, so she remembers very little about life away from the VR MMO game. The only way Shina can escape from the game is to complete it, and that is pretty must the gist of what you need to do – help Shina complete the game so she can return to the real world. As you do this, you will also find out how and why the game is still running despite being canceled. It takes a good few hours for the story to really pick up, but once you get there, the game becomes a nice rollercoaster. For Arata’s section, you can expect huge walls texts, as you would usually expect in a visual novel. So here you have the best of both worlds, a story-driven visual novel with RPG game elements and combat mixed in.

Digging into the RPG side of the game, as you control Shina, you can explore dungeons, collect loot – and there is a ton of looting in the dungeons –, and battle enemies. I suggest that you search every nook and cranny for every harvest point and every treasure chest you can find as this will help you to survive against the monsters are out to get you. Luckily there is a map to help guide you, so you don’t get lost in the huge maze-like dungeons. As with any dungeon crawling games, you get the opportunity to level up from experience points you gain after defeating enemies, and combat encounters are actually very fun! During combat encounters, you get three turns per character, so you can mix things up by attacking, then healing yourself, and then defending, before executing your turn.

For some, the combat might feel a bit repetitive, but the good news is that you can experiment with different combos every turn, and use the new skills that you obtain after leveling up. There is some strategy involved in the battles you will face as there are definitely some tougher regular enemies, not to mention bosses, for which you can’t just button mash away and try to defeat them. It’s also worth noting that mixing and matching combos will also open up new moves, making it worthwhile and rewarding for you to try new tactics as much as you can. 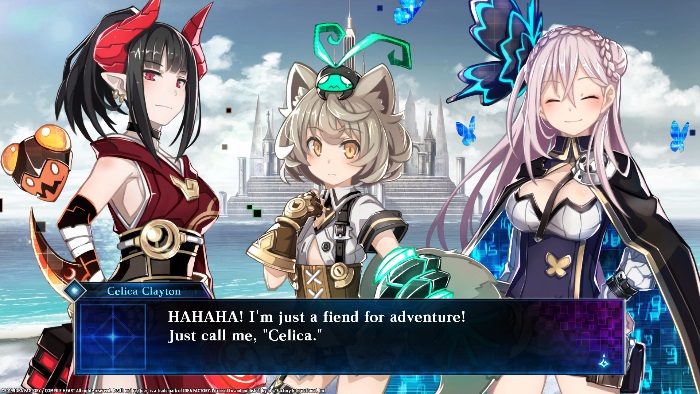 The game’s special effects are the actual bugs in the game. Because of this, you can see the backgrounds flickering and circles of light appearing out of nowhere. Depending on the type of bug you run into, it can either hinder your progress or help. You might get to recover your health, or you might get some stat buffs, or it could be that the bug ends up lowering your damage capability, adding debuffs, or more. You could also, say, try knocking an enemy into a bug and see what happens! And once you clear out the majority of enemies, Arata can jump in and help Shina by using his skills. I won’t spoil what he can do, but I will mention it was certainly a highlight of the experience. 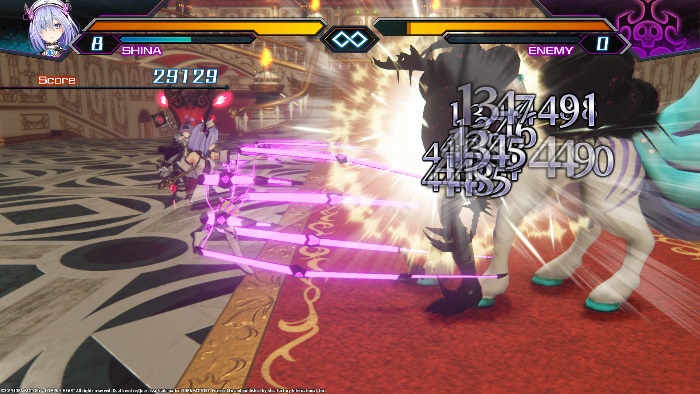 There is a lot to see and do in Death End re:Quest, and I enjoyed the way the game presents the visual novel and the RPG elements. The one complaint I might have about the game is that, as is the case with other games from Compile Heart, this is going to be a grindy Platinum trophy to aim for, with a lot of time needed. But in the end, you’re going to go through a fun and rewarding experience with dozens of content ahead of you. 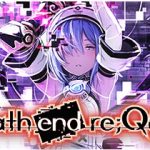 Disclaimer
This Death end re;Quest review is based on a PlayStation 4 copy provided by Idea Factory International.