Ghost of a Tale had an IndieGogo project, that helped bring this adventure/stealth game to life. Can you rescue Merra? Find out in our Ghost of a Tale review!


You are Tilo, a courageous minstrel Mouse on a perilous quest to find his true love. Use stealth and cunning as you explore Dwindling Heights Keep—from its tallest towers to its deepest dungeons, evading its dangers and discovering its most ancient secrets.

Ghost of a Tale starts with a mouse named Tilo, who finds himself inside of a cell. As you can imagine, the first goal is to escape this predicament, all so that he can search for his love. As soon as you open the cell’s door, you’ll notice that there are A LOT of rats guarding the place. In order to avoid them, Tilo will need to hide in the different elements you can find in each of the environments (a bucket, a treasure chest, etc.). 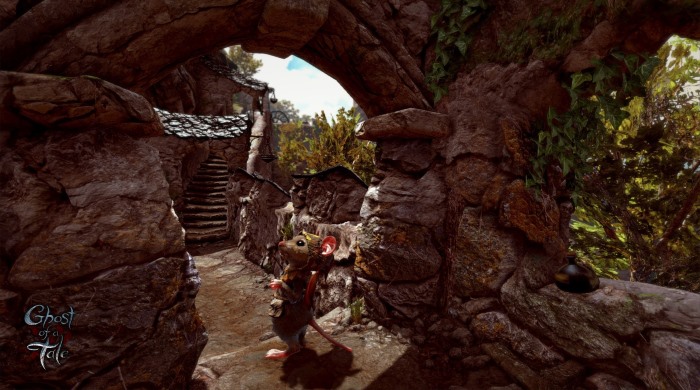 Even if Tilo is stealthy, the rats can hear him walking around (even when he walks very slowly), and you can see the enemies awareness with a meter over their heads. Getting this meter into the red zone means they will come for you and you’ll have to find a way to escape or be killed since the main character has almost no health. You’ll have to knock out enemies with the items laying around to be able to progress because when they’re knocked out, you have a short moment to react and steal something from them before you carry on to your next destination.


As you try to escape the jail, you will find a lot of locked doors all over the place, and yo know what that means: you need the different keys to open them. I thought that the level design was a bit confusing as I played in jail. Even though I met some interesting characters while there, this was not my favorite area in the game. Luckily once out of the jail dungeon, the fun factor picks up considerably. 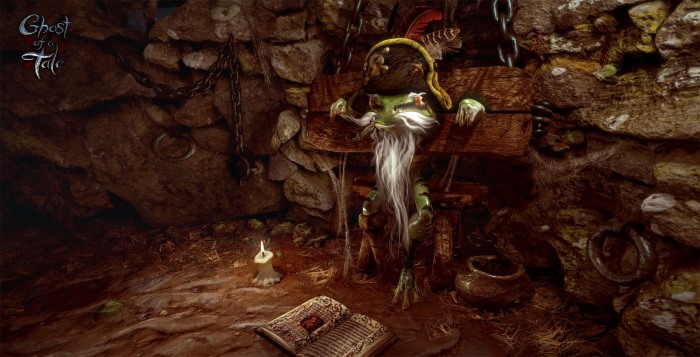 As for the gameplay, when you’re not having a go during the stealth segments, your primary occupation will be fetching an array of items or making costumes that will allow you to be disguised as you move around the different areas. Each NPC character has a different dialogue line to react to you depending on how you’re dressed, so this mechanic is very helpful to progress in Ghost of a Tale. 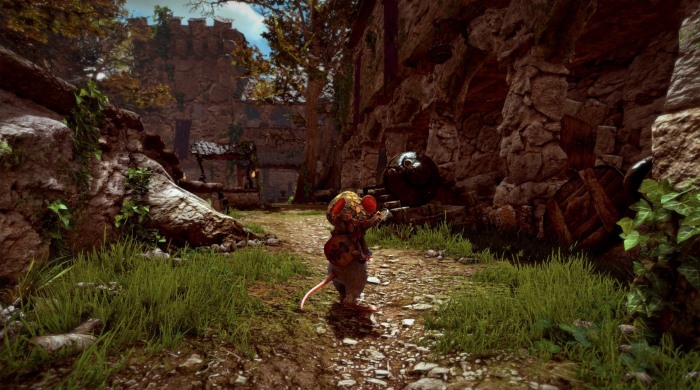 The presentation in this game is really impressive. Ghost of a Tale is built on the Unity game engine, and I was amazed by the different environments, the day-to-night cycle, and the detailed character models found in the game. As far as indie games go, this might be one of the best looking ones out there, but the framerate does suffer from this as it wasn’t 100% stable, and sometimes dropped below acceptable levels as I played on a standard PlayStation 4. The soundtrack is a good complement to the adventure, but it won’t stay in your head after a play session is over.

I also liked how there were proverbs on the loading screens, which are actually real-life proverbs altered to fit the game’s world. You can also save everywhere as long as you’re not being chased by an enemy, which I really liked since this is a must so that you can carry on with your quest since you can easily die in this game in a blink. One thing I also need to mention is that the PlayStation 4 fan goes into overdrive mode as you are playing this one, so do keep that in mind! 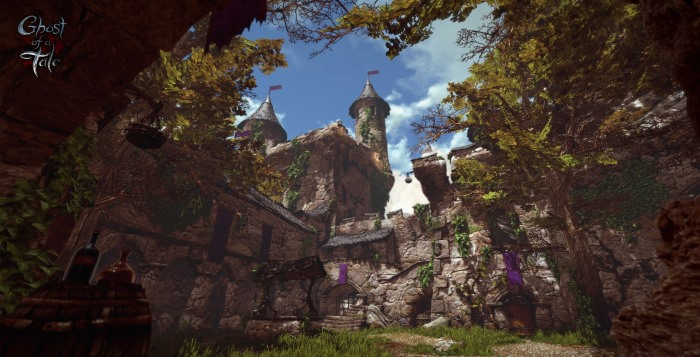 Final Thoughts
Ghost of a Tale is a great game for people who like their adventures with a side of stealth. Its presentation is impressive for an indie release, even though it does suffer a bit it the framerate department when there is too much going on. Other than that, this is a game that I definitely recommend you check out on PlayStation 4!

Disclaimer
This Ghost of a Tale review is based on a PlayStation 4 copy provided by SeithCG.

Project Sakura Wars On Its Way To PS4