One month of pinball fun was not enough, and that means it’s time to make this one another pinball appreciation month! I’ve previously reviewed the other pinball tables from EnjoyUp Games (and you can check the corresponding review for each by clicking on their names below), and with each subsequent release, the tables have kept getting better and better. Does this pattern continue for Pirates Pinball on the Nintendo Switch? Well, you’re about to find out!

This pinball table leans into its theme in full, placing the action inside of a pinball table that is set to mimic a port on an island out in the vast uncharted ocean. You have lots of wood planks, an anchor, a pirate flag waving in the air, a cannon in the upper left corner, an open space in the center made to look like the ocean, some floating barrels, supplies laid out on a shore, a treasure chest, a treasure map and some jewels, and even a seagull flying around in circles. 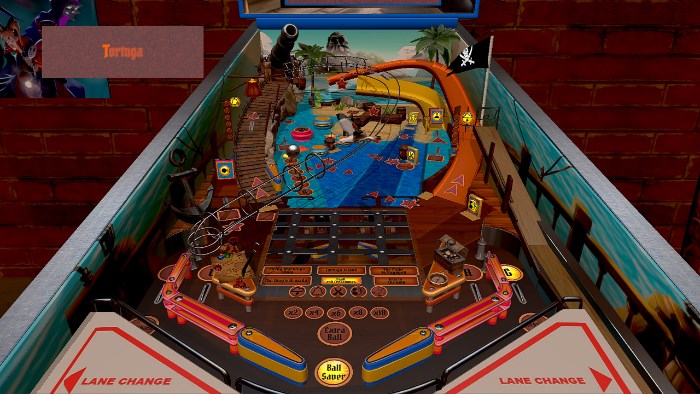 You have two ramps for the table, each one on one of the sides of the pinball table, targets to hit out in the sea, targets in the port, targets on the island in the upper right center area, a bell to ring on the left ramp, a smaller ramp in the upper right spot of the center area which is certainly trickier to hit than the other two, and a second pair of flippers at the middle of the pinball table. There’s even a mini-playing field in the center with a pair of flippers in which the area is reversed, with the flippers on the upper part of the playing field, which was definitely interesting. 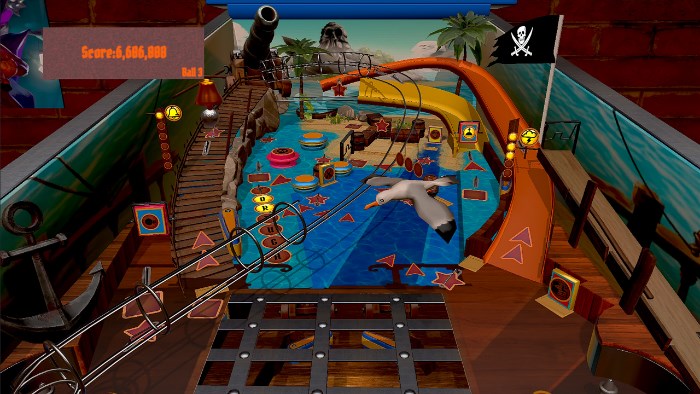 As has been the case for other pinball tables from EnjoyUp Games on the Nintendo Switch, Pirates Pinball includes an online leaderboard that can be used to check how good you really are when comparing your score not only against that of your friends, but also against the scores of players from around the world. This being a budget $2.99 release with an online leaderboard is definitely great news since this considerably increases the replay value as you’ll be encouraged to do your best to grab a slot at the top of the charts. 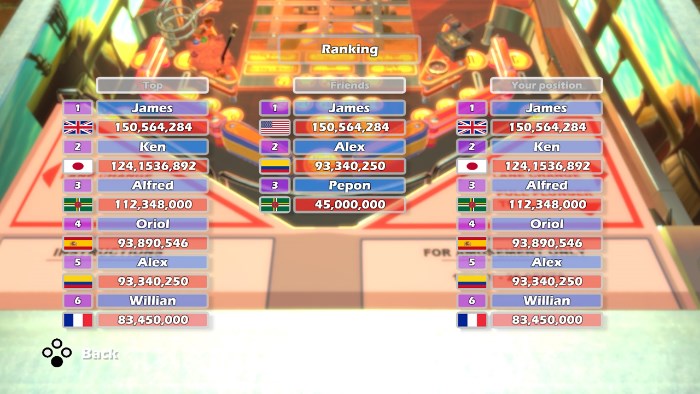 Something I’ve been having a lot of fun within Nintendo Switch is playing some of the old-school arcade game releases on the console, as well as other pinball tables, in vertical mode. What this does for you when playing in Portable or Tabletop mode is flip the screen so that you can see the entire pinball table on the Nintendo Switch’s screen, which is particularly fun when playing pinball tables since it brings you closer to what you would experience when taking on an actual pinball table in the real world. You can change between the four available camera angles to find the one that feels just right when playing in vertical mode, which will greatly enhance your experience. 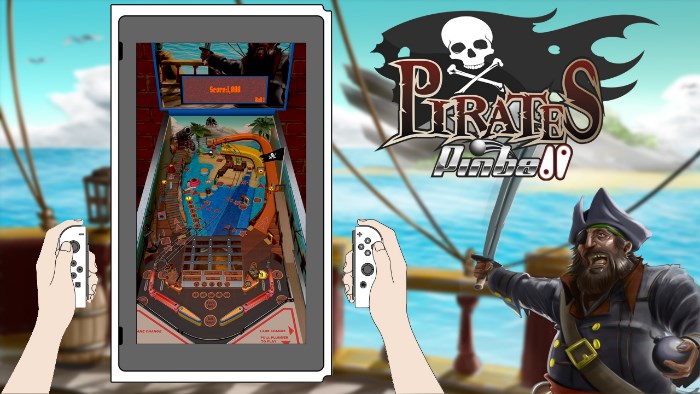 Pirates Pinball continues the streak started by the last two pinball tables from EnjoyUp Games, who have given us a fun and affordable pinball table with a pirate team on Nintendo Switch that is easy to recommend – particularly if you’ve played and enjoyed some of the previous pinball tables released by the Spanish studio. At only $2.99, you’ll be getting well more fun than the amount you paid.

Disclaimer
This Pirates Pinball review is based on a Nintendo Switch copy provided by EnjoyUp Games.

SpellKeeper Out Today On Nintendo Switch