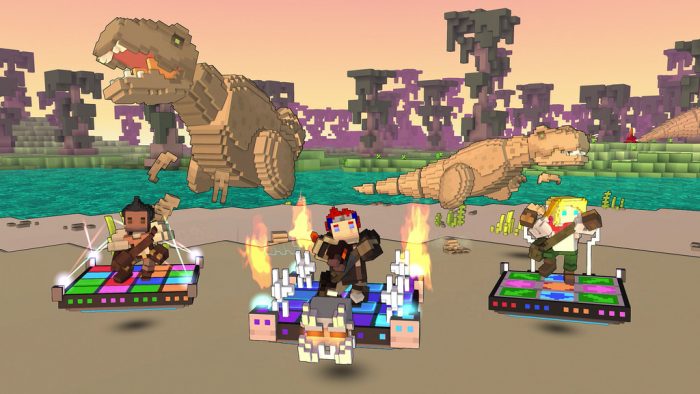 There’s a massive patch on its way for Trove on PlayStation 4. It’s so big, it’s being called the Megalithic Update! Check out the patch’s trailer below to see what is being added to the game.


As you can see from the trailer, the Megalithic Update includes:

The Dino Tamer Class – Traveling through time from the Desert Frontier and emerging in the Jurassic Jungle, the Dino Tamer is a ravenous, ranged ruffian best equipped to survive the harsh wilderness. With the ability to use darts, snares and summon dinosaurs to attack or mount, the Dino Tamer is a player’s best bet at surviving prehistoric threats.

The Jurassic Jungle Biome – The new lush wilderness environment is full of dangerous dinosaurs and deadly dungeons. From dense jungle floor to towering canopies, the Jurassic Jungle biome features distinct enemies to fight and tons of dungeons to conquer. As players battle their way through this blast from the past, they will pick up all new styles and recipes to bring that extra retro look to the modern Trovian. That is, if raptors with razor-sharp claws, thick-skinned triceratops tanks, or the titanic Tyrannosaurus Rex don’t eradicate them first.

Minigames – At the top of the hour, players may find a portal in the Hub leading to one of two types of minigames – Racing and Coin Collecting – which offer more options for players looking to complete Hourly Challenges. Trovians who love a creative building challenge may now also build custom minigame maps within their own Club Worlds, invite other players to try out their custom club maps and vie for high scores and bragging rights.

More Free Content – Beginning with the Megalithic Update, Trovians can log in every day and receive a daily login bonus chest just for signing into Trove. Chaos Chests will also now drop for free just by playing the game, meaning players will have even more materials to use with the brand new Chaos Crafter bench to craft new costumes, allies, mounts and Class Unlockers. 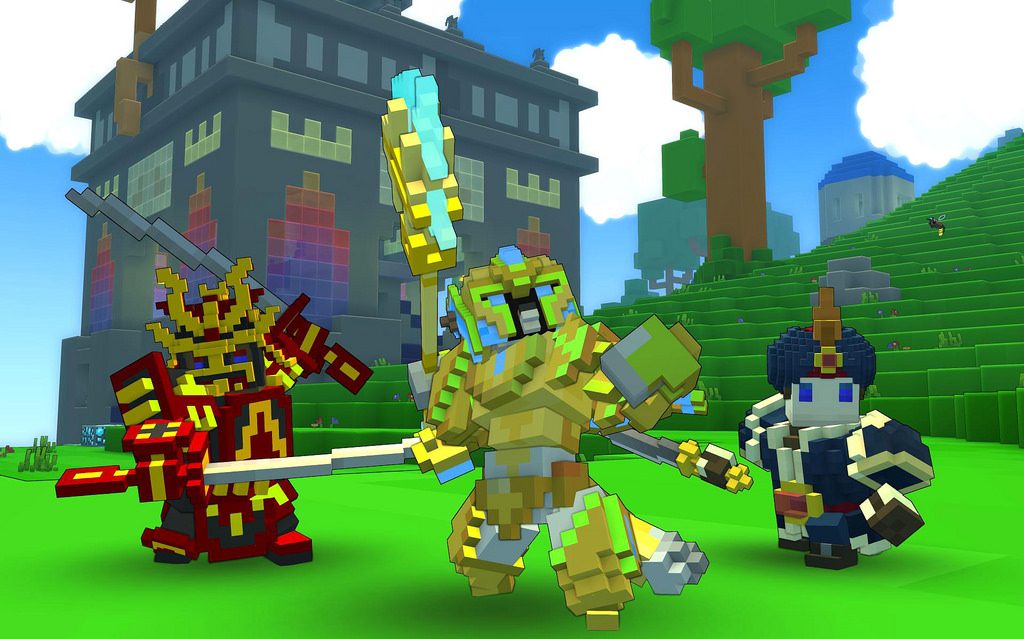