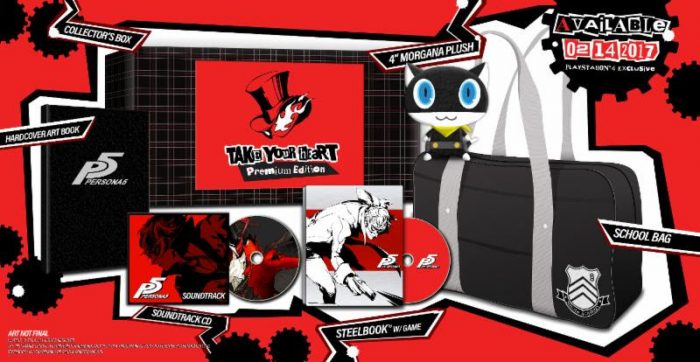 Atlus contacted us to share some information on Persona 5, but before we get to the good news, we must share the bad news: Atlus has confirmed that Persona 5 is now officially set for a release on February 2017, right on Valentine’s Day. It’s funny because I’m pretty positive my wife won’t let me play on release day next year instead of having a wonderful dinner with her!


Along with the official release date, we also got confirmation that a Premium Edition called the “Take Your Heart” edition will also be on sale, and will include A LOT Of stuff! What will be in the box?

– A 64-page hardcover art book of Persona 5 artwork
– A 4-inch plush figurine of Morgana — a member of the Phantom Thieves
– An official SteelBook collectible case for the game, emblazoned with Persona 5 art!
– A Soundtrack CD containing a selection of works from the game, from legendary composer Shoji Meguro
– A school bag modeled after Japanese-style school bags – full size, and bears the crest of the game’s Shujin Academy!
– And because a special edition this massive needs an equally colossal box to contain it all, we’re designing a huge, Persona 5-themed box to hold it all in.

This Premium Edition “Take Your Heart” will retail for $89.99.

Persona 5 is one of the games I’m most hyped for, and the wait will be long but well worth it. Be sure to stick around at PS4blog.net where we’ll share news on Persona 5 and all Atlus releases as we get it! 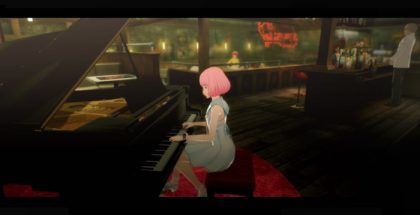 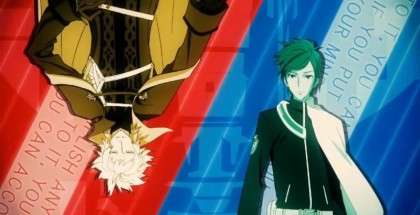