[PS4Blog.net Interview] Marc Bernardin On Adora And The Distance

We’ll be working on a review for Adora and the Distance, so I got in touch with Marc Bernardin to talk a bit about the project. Come check it out!

PS4Blog: Hi Marc! Thank you for joining us this morning. Could you please help us get started by introducing yourself to our readers and letting them know a bit about yourself and your work?

Well, I guess I’m a dude who wears a fair number of hats. I’m a hat person – charter member of The Hat Squad. I’m a television writer by trade, with shows like Star Trek: Picard, Castle Rock, Treadstone, and Masters of the Universe: Revelation on my rap sheet. I also write comic books, most recently Peter Parker: The Amazing Shutterbug, Genius, and the upcoming Adora and the Distance. And I podcast in the intervening time, rolling weekly with Kevin Smith on Fatman Beyond. Oh, and I occasionally dip my piggies back into journalism — as I used to do for places like Entertainment Weekly, The Hollywood Reporter, and the LA Times.


PS4B: You’ve talked before on Fatman Beyond and on Blackman Beyond when Kevin was away touring for Jay and Silent Bob Reboot in a faraway pre-pandemic time, about your family and your daughter’s life after she was diagnosed with autism as a toddler – along with her epilepsy diagnosis at the start of the Covid-19 pandemic. The good, the bad, and the ugly in life always end up shaping us and – hopefully – inspiring us to carry onward. You’ve taken your family’s experiences, as well as the feeling of the unknown that is the future and the situations you cannot comprehend without living through them while walking in someone else’s shoes to see what a particular type of different feels like, to write a very personal project: Adora and the Distance, on which you’ve teamed up with Ariela Kristantina, Bryan Valenza, and Bernardo Brince to bring its story to life. What can you tell us about it?

Adora is a couple of things. It’s a quest story, an adventure filled with brave heroines and dashing knights and lava monsters and parades of the dead and subterranean pirates. It’s also a story about the autism spectrum and one little girl’s journey through the fantasy world she’s created in her own mind. How the two intertwine is the juice that, I hope, makes the book worth the squeeze. 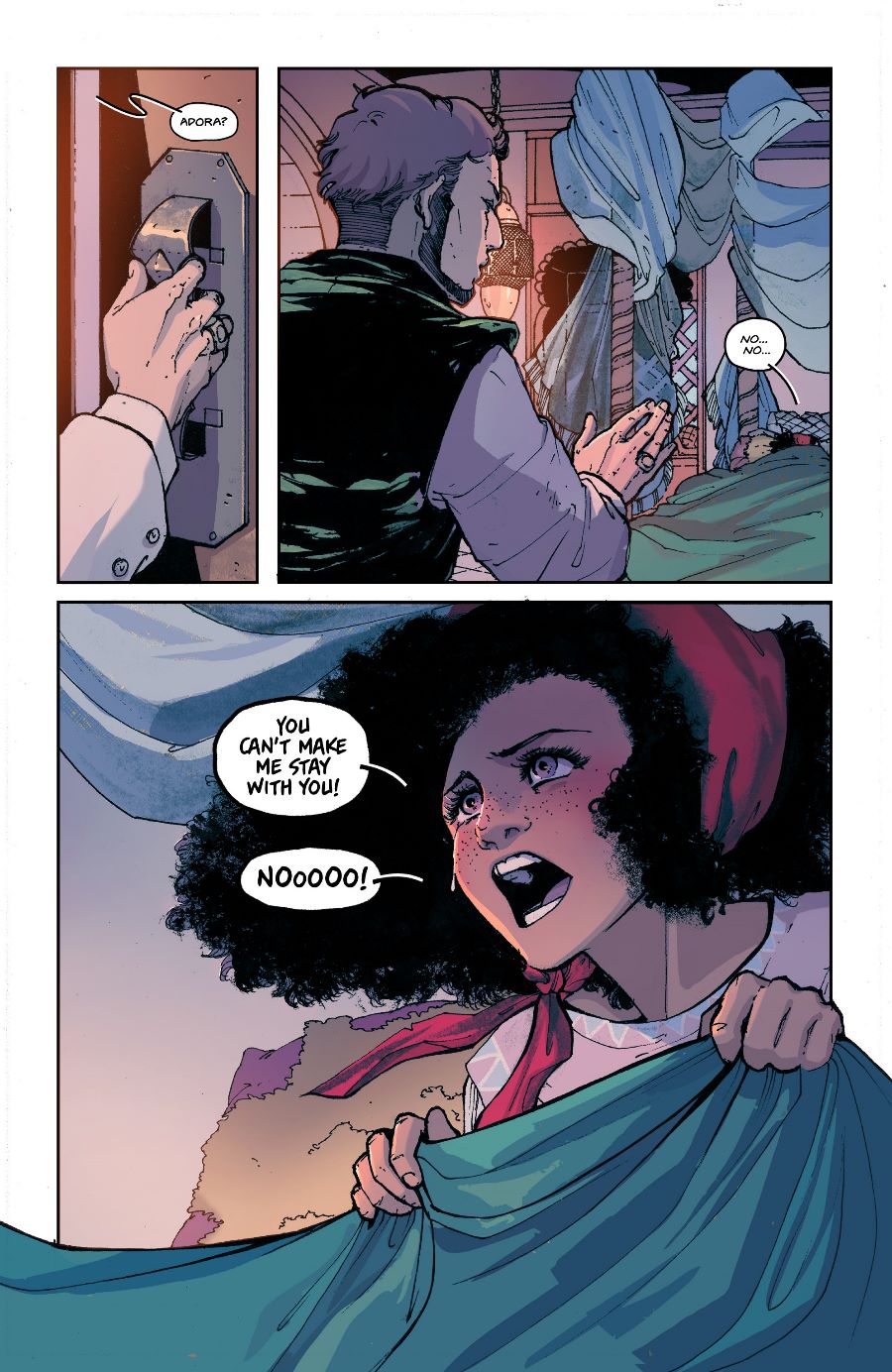 Good question. Much of the book exists as it always has. It was always Adora and her lady in waiting, joining up with four knights and a mysterious protector to save the world. The structure evolved a bit — how much we were going to watch Adora pierce the veil to get to the deeper truth. But I’d like to think that over the years, I’ve gotten a little better as a writer, so when Chip Mosher at Comixology gave us the green light and the great Will Dennis signed on to edit, I got back under the hood and did a pretty thorough rewrite. 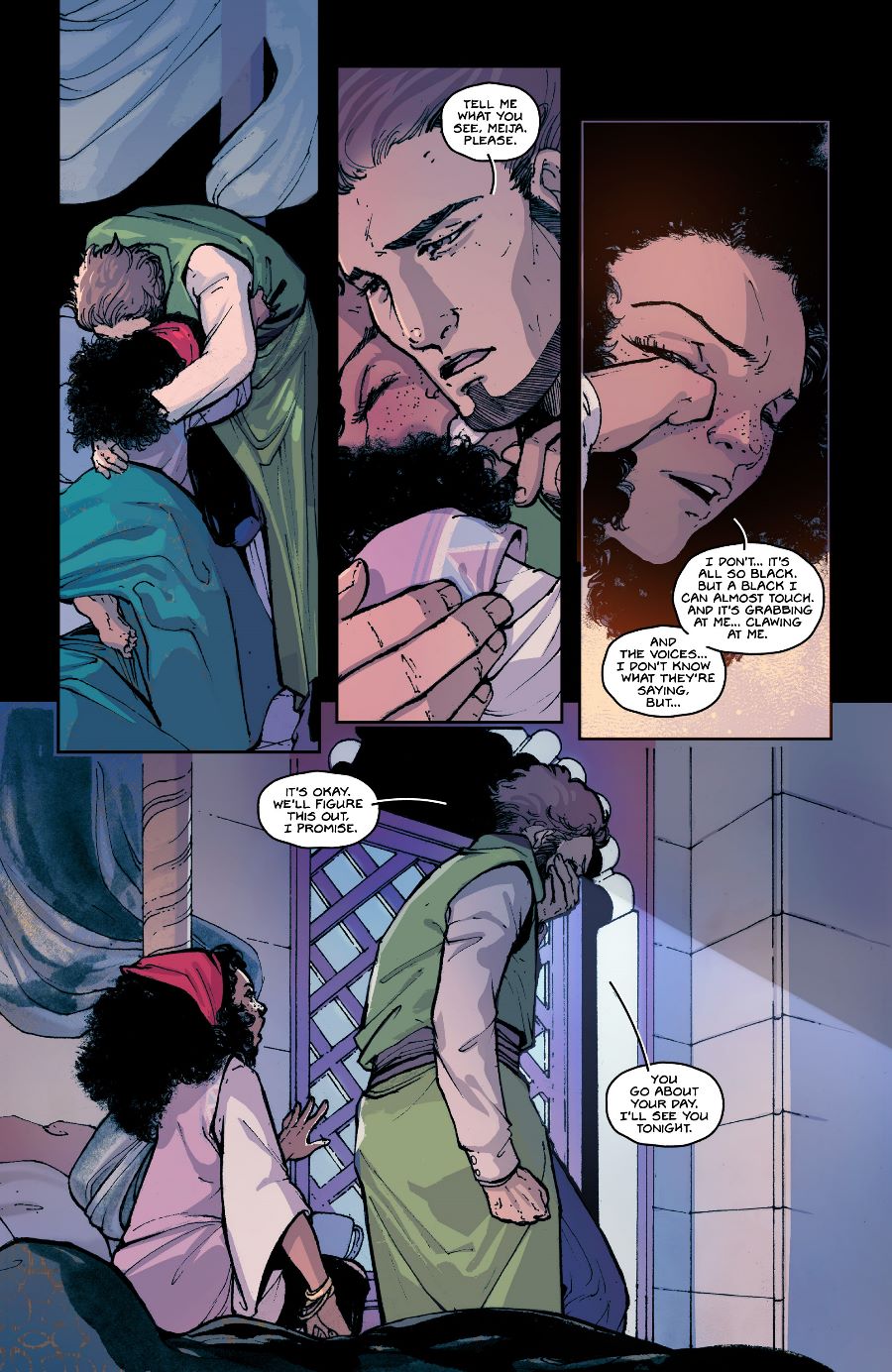 PS4B: A handful of years ago, you made a promise to yourself about making your directorial debut before turning 50, a milestone that is right around the corner, with November quickly lurking here since Covid-19 has just made the last year blink in and out of existence. You wrote a treatment for a short thriller called Splinter, which you’re currently crowdfunding on Kickstarter. What is the setup for the story of this particular project, and who will be starring in it?

I wrote more than the treatment! I wrote the whole script. It’s about a plane that never lands. A plane with just one passenger: a ten-year-old kid. What did that kid do to earn such an elaborate, expensive prison? And what’ll happen if he ever touches the ground? It’s a classic Twilight Zone setup, and I hope it’ll pay off in classic Twilight Zone fashion. We’ve still got a couple of roles to cast, but right now, it’s starring Yetide Badaki, Tricia Helfer, and Tiffany Smith.


PS4B: Since the project was funded within 14 hours of it going live, and with a handful of stretch goals already in the bag, allowing you to pay all of those involved – minus yourself, of course – for their time and work, covering the post-production costs associated with a 2021 film project, as well as the Splinter: Black Box Podcast with Rekha Sharma and Phil Lammar, and being able to cover the entrances and administrative fees for entering Splinters into as many film festivals as you possibly can… what do you have in mind for the final week to help the Kickstarter get past the $200,000 stretch goal for the Fatman Beyond Special in which you’ll show us how the Grinch’s heart has grown three sizes and talk about all the stuff you love about Zack Snyder’s Justice League?

I thought about tossing in a lung or two. Not mine… volunteer lungs. No, I feel weird about beating the bushes to make a successful thing even more successful, but I might do some Twitter and Instagram Q&As to talk it up. And, naturally, mention it every time I do an interview for Adora. ::smiles, winks:: 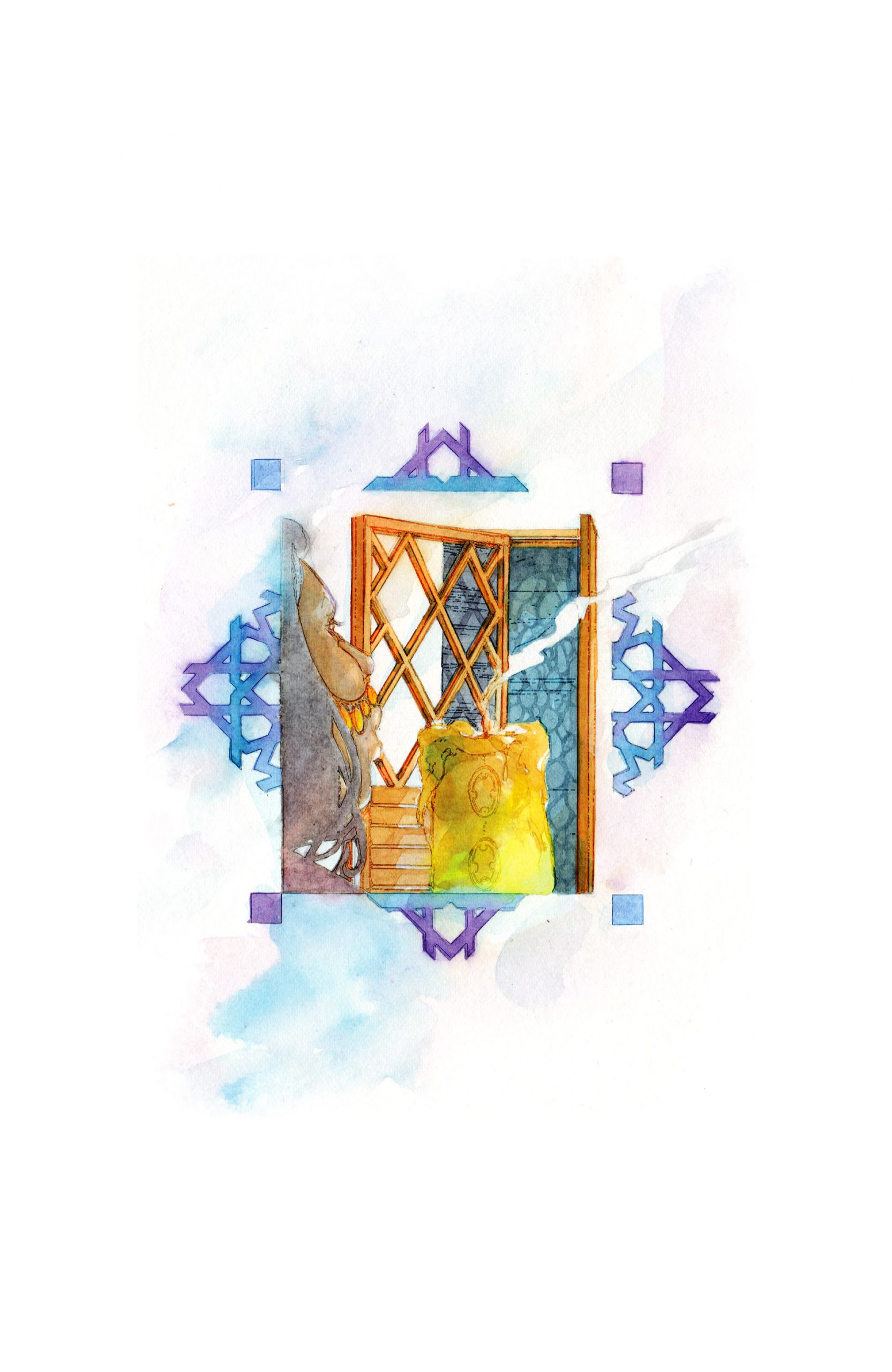