Prepare to unleash your inner beast as you go after an army of wicked extraterrestrials. Follow the notorious hero, Sam ‘Serious’ Stone, in his quest to destroy the alien overlord, Mental, in The Serious Sam Collection – the most action-packed compendium of Serious Sam games. Featuring four of the best Serious Sam games ever made, The Serious Sam Collection has been updated with enhanced visuals, lush landscapes, improved textures, and character models in HD. With an arsenal of chainsaws, flamethrowers, rocket launchers, sniper rifles, and more, this is some serious first-person shooting action. Now four titles are available for the cost of a single game. The Serious Sam collection includes:

‘Serious’ Sam Stone is an iconic hero that began his journey on the PC way back in the early 2000s. I remember the first time I played a Serious Sam game was First Encounter, during a LAN party with eight so friends during the 2001 holiday break. We played the ENTIRE campaign in a single night! The following evening, we began Second Encounter and finished it before the sun was up in the sky. Needless to say, the Serious Sam franchise is one that brings back a lot of fond memories and one I really love. 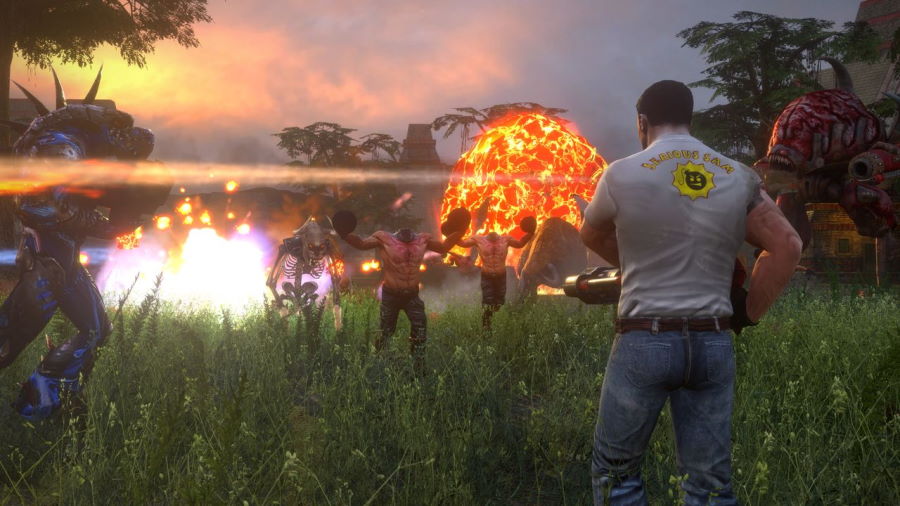 Sam Stone is a badass character who tries to save the Earth multiple times through many video game adventures, dealing with Mental, his archenemy. First Encounter is a classic that definitively shows its age almost 20 years after its original release. This HD Remaster does look great, and the controls are perfect! The resolution is crisp, and even though this game was released when I had my Nvidia TNT2 3D video card, featuring huge landscapes, most of the time, they are a bit empty. The enemies’ models and animations have been remade, so they look great on PlayStation 4. Given the game’s semi-linear campaign, you should finish it in around 6 hours or so. 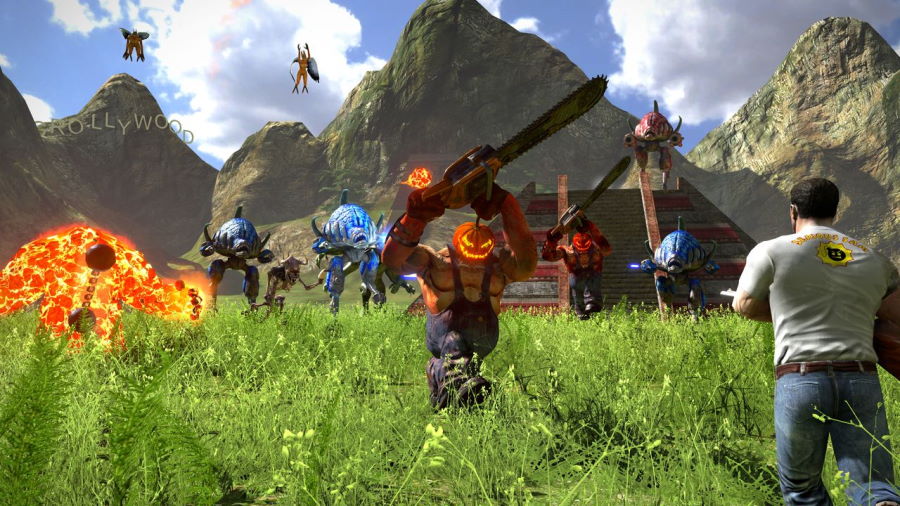 Serious Sam: Second Encounter
The Second Encounter is definitively one of the best early 2000 game of all time – at least in my book! As soon as I began playing, I started to get flashbacks to when I played the game on PC many, many years ago, and how it’s a classic FPS that is a must-play. While the name might make you think this is a sequel to the previous game, it’s actually a bit more of an expansion of sorts, giving us more of the same, which is not a bad thing!


Go through jungles, Mayan-esque temples, lush landscapes and be amazed by the many surprises you’ll find, all while you laugh at what you’ll be going up against. As was the case for the first game in this collection, you’ll be taking on many waves of enemies, using a bunch of weapons that are certainly over-the-top. The Second Encounter also has a semi-linear campaign like the previous title, but you’ll often have to explore to find out why the path ahead is not opening. Playing this game is pure fun, and out of the three games, for me, this one is the highlight of the collection. 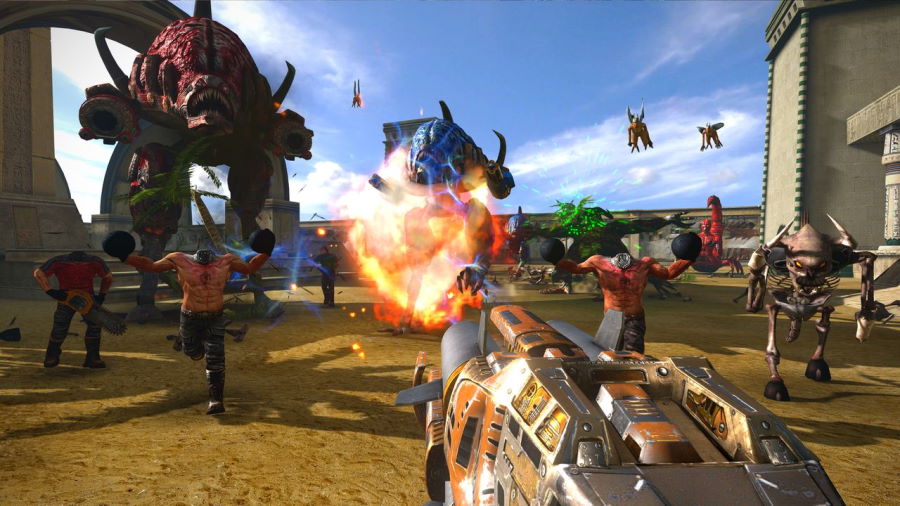 Serious Sam III: BFE
Serious Sam III: BFE – Before First Encounter – released on PC back in November 2011. It’s been almost a decade, but this one still holds up! In this game, you play during the 22nd century in Egypt, after Mental – Sam’s archenemy – has taken over the planet. You’ll have to destroy a ton of enemies to succeed, and you’ll be exploring some new locations that have certainly received a considerable graphical boost compared to what First Encounter and Second Encounter presented before.


Even if BFE is the last game of the fray, it is also sadly the one that has the most confusing level design of the bunch. Where FE and SE were semi-linear games, in BFE, you’ll spend a good chunk of the campaign feeling lost, searching for your way out. The path isn’t clearly explained, and I thought that the second half of the game was even worse on the level design. Because of this, BFE is not going to be for everyone. 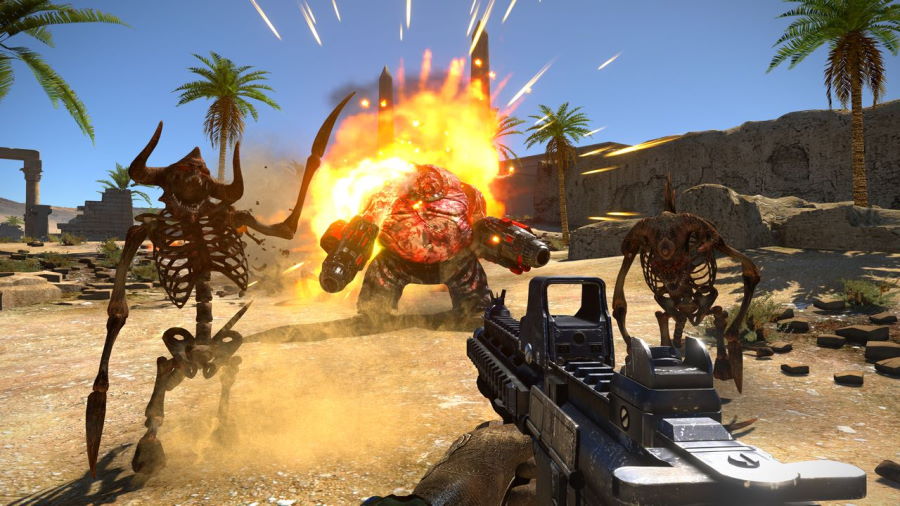 Multiplayer
Most of the time, I was playing with one of my daughters on split-screen, and it was a blast! Even on my standard PlayStation 4 console, the fan kept a very low sound level, and the game ran at 60 frames per second without issues. The controls on console are a great option, making it very easy to play these former PC games on PS4.

Serious Sam Collection is a great package for new or returning players. The Serious Sam franchise offers a ton of fun, plenty of content, three games, and two DLC packs, all for a $29.99 asking price on PlayStation 4.

Disclaimer
This Serious Sam Collection Review review is based on a PlayStation 4 code provided by Devolver Digital.