Are you ready for a fast-paced racer on PlayStation 4? Then Pacer might be just what you need. Check out our Pacer review!


Pacer (formerly known as Formula Fusion) is an anti-gravity racing game which pits your racing pedigree up against the rest of the world. Tackle the single-player campaign and become the best pilot against the AI over leagues and championships, or play against the world in multiplayer and compete in a sports league where you can take either yourself or your team to the top step.

Believe it or not, some of us are still reeling in from the fact that we are probably never going to get a Wipeout game. Even though they are brilliant games, anti-gravity combat racers are niche games in a niche corner of a genre that is not the most popular, to begin with. While Omega collection was a great send off to the series, it did leave fans of the series and the genre wanting something to fill in the void. Whilst there have been other games that attempt to fill in the big shoes of Wipeout, they all lacked that little something extra to make them shine. Boasting some alumni from the Wipeout 3 days, developer R8 Games is the latest to jump into the fray, believing they have what it takes to fill in the void with Pacer. Pacer is not the king killer we were hoping for, but it might just be the Regent we need. 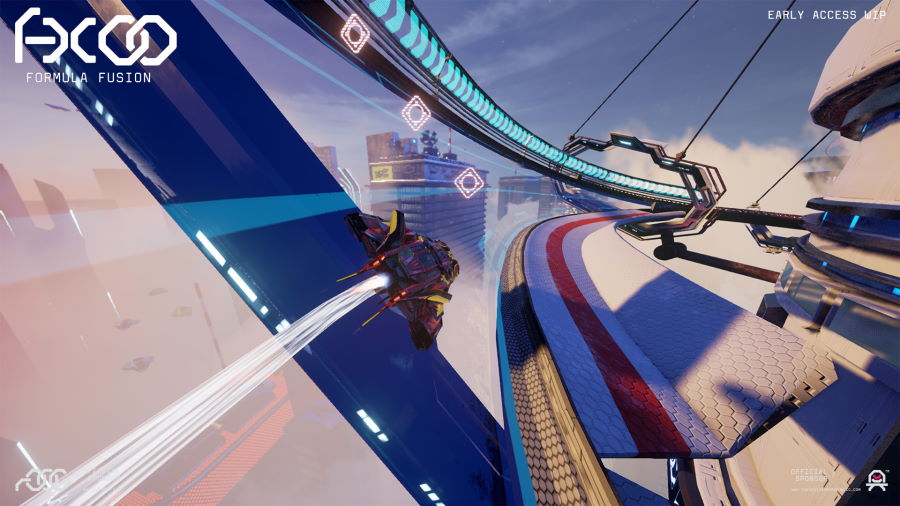 Fans of anti-gravity racing games like Wipeout and the F-Zero series will feel right at home with Pacer. You’ll get to choose from one of ten different anti-gravity ships and take on the exhilarating tracks with mind-blowing speed, all the while trying to survive a flurry of weapons attacks from your opponents.


It is quite difficult to look at and play Pacer and not be reminded of the Wipeout games from the PS2 era and younger. A lot of the track designs evoke a feeling of nostalgia as though paying homage to those from a bygone era, and Pacer does an amazing job of it. The graphics are stunning. The tracks that you race on from all over the world feel like characters and the pre-race cinematics wordlessly present the narrative location, giving you a snapshot of the futuristic world of Pacer. The visuals are smooth and run at a consistent frame rate, which is a must for games like these, and Pacer does not fail to deliver.

Whilst the tracks are brilliant in the way they look and feel, the ships from the different teams don’t hit that mark. The default skins look interesting enough, but none of them stand out or even come close to becoming memorable, like the Feisar or Phirana ships from the Wipeout series. In those games, if you wanted a faster ship for a particular race or a ship with better defense, then you always knew the right ship for the job. In Pacer, all the default ships feel interchangeable with nothing specific to differentiate between the teams. I suppose this can be argued to have been a design choice. 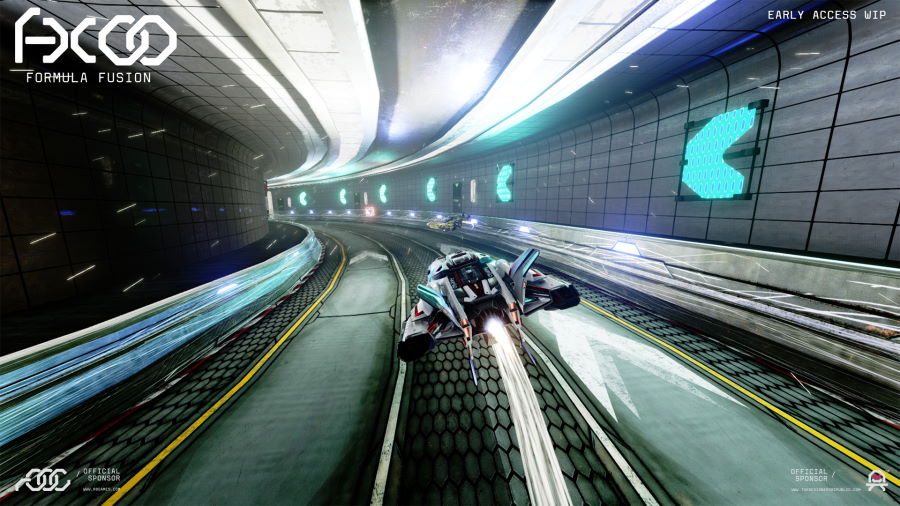 One thing Pacer does is allow users to customize some aspects of the different ships they unlock as they progress through the game. Once you unlock a ship, you gain the ability to customize the look, performance, and weapon system of said ship, making each one feel a little more personal and unique. You are able to do this with credits earned from completing races.

The races are obviously the main draw of the game. You unlock new teams, tracks, and customization options by going through the Career Mode. You start out as a rookie racer and are given access to three teams. You are not restricted to just one team and are welcomed to complete the different goals for the different teams jumping back and forth as you see fit. You can only unlock new tasks for each team once you get a passing grade in the previous task.

The goals are varied and interesting enough as they try to keep with the history of the different teams. For example, some teams will prefer you do challenges that focus on destruction, whilst others will ask you to focus on races that are exclusively speed-related. Regardless of what they are, the events are well-paced and varied enough to keep you entertained. And once you complete all the goals for the three teams in one season, you unlock the next one.

As mentioned before, there does not seem to be much of a difference in terms of feeling from one team to another. Pacer really wants you to understand the crafts you are flying and tweak them to match the specifics of the upcoming event. About to do a race that requires speed? Customize your ship to be faster than normal? You’re about to take on an event that requires some extra defense? Customize your build to focus on that so that you can take more hits. 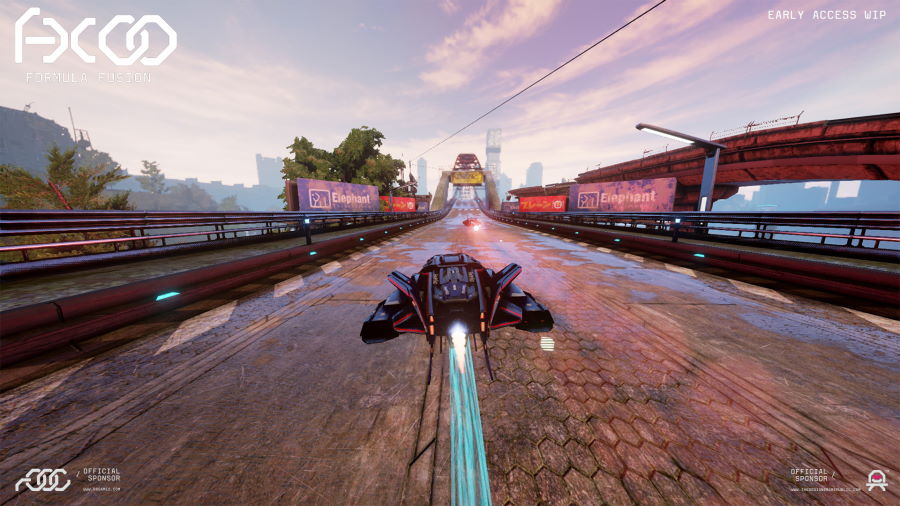 Each ship can be tweaked by adding an upgrade and mods to different fields, from agility to braking to acceleration. Each one has the potential to affect the other, so it is down to you to figure out exactly what it is you need from your ship for the next event. Whilst this system works for the ships, where it doesn’t work is with the weapons.


In games in this genre, understanding the random weapons you can pick up is just as important as understanding your craft. Pacer tries to do away with this random luck by allowing you to assign two weapons to your ship – one to the left fire and one to the right. Both sides can be customized the same way you would the performance of the ship, but the difference here is that once you find a weapon combination that works for you, there are no incentives to try out the other weapon types from the already anemic looking pools of weapons. There is logic to be had by allowing the player to know for certain which weapon they will have when they go over a weapons pick up, but it takes a little bit away from the dynamic nature of weapons in games like these. Random pickups allow you to get an appreciation for some weapons you normally would never use whilst here there is no incentive to use alternatives.

Another minor gripe in relation to the pickups would be that the hitbox detection for them can feel a little unforgiving at times. When you get to the elite racer, and you find your ship traveling at 1000K Mp/h, it can feel unfair when the game doesn’t cut you some slack for brushing over a shield or weapon pickups instead of ramming right into the heart of them as the game wants you to. This grates more when you realize that flying over speed boosts pad is a little more forgiving.

With that said, one interesting aspect of the game in relation to the boost pads function is the ability to utilize KERs. As you race around the track, your ship generates and banks a boost ability separate from the boost pads you fly over on the tracks. These KERs can be used at any time by pressing the Square button, but if you want to gain the real benefit from it, you need to let the meter completely fill up. Should your craft be destroyed at any point before you make good use of these, you will lose them, which is especially tense when playing in the more elite races where ships feel flimsier and can easily be destroyed as you try to wait for that perfect moment to use the KERs.

The AI in this game is pretty fair. The difficulty scales with regards to which level you are, and rubber banding here seems to work in your favor rather than against you. If you get too far ahead, enemy ships don’t always magically appear next to you as they would in other games. Should you get too far behind, you can see some ships deliberately slow down or even come to a stop in the second half of races to allow you a chance at a less dispiriting defeat.

Whilst the AI can be accommodating, a racing game is not worth its salt if the controls are nothing to write home about, and Pacer delivers here also. The controls feel excellent, especially when you slide your ship through an unsuspecting tight turn. Yes, the game gets harder the higher up the challenges you go but never did I really feel the game was holding me back due to some arbitrary reason. If I missed a turn or made a mistake, it was usually because of my own mistake or a well-timed weapon attack from the enemy.

With all of that said, a futuristic racer cannot truly call itself one if it does not have a soundtrack to match. The sound design and the music for this game are amazing, with everything sounding exactly as it did with Wipeout games of old. Nearly half the soundtrack is even from Wipeout Alumni Cold Storage, and if you are familiar with his work from previous games, then you know what to expect. The soundtrack is vast enough that anyone playing would be hard-pressed not to at least find one song that is pleasing to the ear.


Whilst the sound design is excellent, there were a few bugs relating to it. Sometimes the sound would randomly drop off in the menus and in races, but thankfully these seem to have been fixed by patches.

All in all, Pacer is an excellent game available at a great price, an excellent racer to say goodbye to the PS4 and hello to the PS5. If this genre is what you are into, then I cannot recommend this game enough. Pacer has great visuals, a great soundtrack, and a good variety of gameplay that not only builds on already existing ideas but improves on a lot of them.