Petite Games and Ratalaika Games are back with a new 2D physics-based puzzler in which you’ll once again take control of Midnight, the glowing white square we got to control in Midnight Deluxe, as well as in 36 Fragments of Midnight. Unlike 36 Fragments of Midnight, which is a bite-sized 2D platformer, Birthday of Midnight goes back to what Midnight Deluxe did, asking players to send Midnight into the goal by hitting it as if said square character was a golf ball. As for the story, it was Midnight’s birthday when the earth opened up, swallowing our titular character. It’s up to you to help him complete all stages to escape from this predicament! 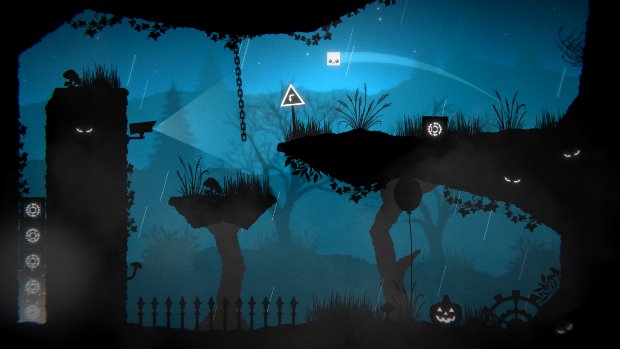 The controls for Birthday of Midnight remain as easy to understand as the previous entry. You will press the X button to start your shot, use the left analog stick to aim and to establish the power of your shot and release the left analog stick to send Midnight flying towards the goal. The longer the arrow, the stronger your shot will be, so you’ll need to find the right amount of strength for each shot so that you can bring Midnight closer to the goal as you avoid the different obstacles and hazards on your path. 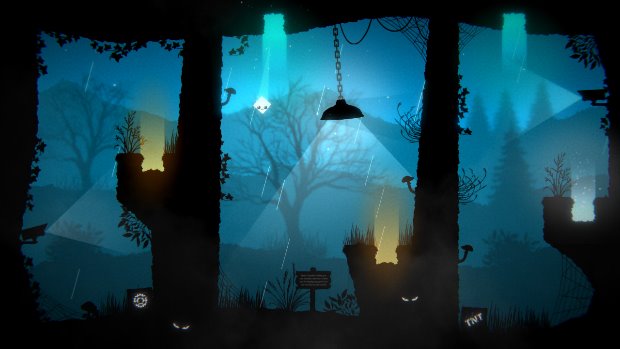 These hazards and obstacles will include things such as TNT boxes, boxes that dematerialize when you touch them, switches that change the gravity or that open up spots in that level, portals that will teleport you to another spot of the stage, keys that unlock sections of a stage or remove hazards, lasers, columns of fire, spinning buzzsaws, and more. A single hit can kill you, and so will sending Midnight out of bounds! The good news is that you will quickly respawn to give it another go, as you learn from your mistakes, readjusting your shots as needed. 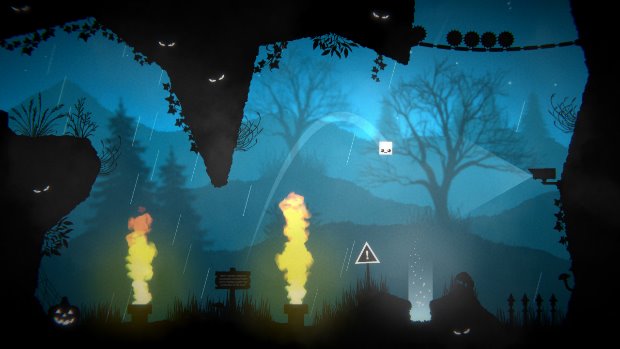 As expected, Birthday of Midnight includes a full trophy list with a Platinum trophy at the end of the road. The game has 70 levels to take on, but for the Platinum trophy, you’ll only have to finish 50 of them. There are trophies for completing 15, 25, and 50 levels, with the rest of the trophies unlocking for completing a series of miscellaneous objectives, such as getting a three-star rating on a stage, obtaining a key, inverting the gravity in a level, dematerializing a box, destroying a bridge, dying by sending Midnight outside of the level’s boundaries, making a TNT box go boom, and for using a teleporter. 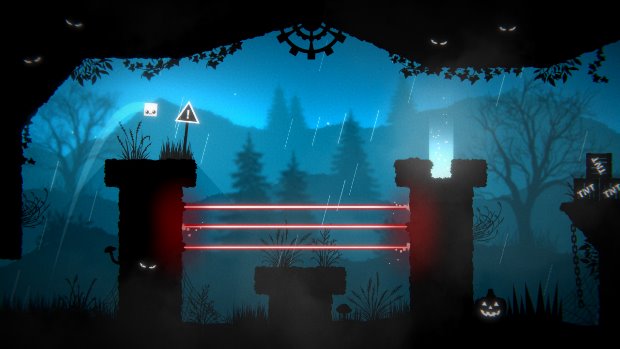 If you liked Midnight Deluxe, then you’re going to like what Birthday of Midnight does since it brings more of the same, as well as some new elements to keep things fresh. The story is simple and to the point, which is to be expected of a puzzle game. It’s a fun puzzle game available at a low $4.99 budget price, and it’s out now on PlayStation 4.

Disclaimer
This Birthday of Midnight review is based on a PlayStation 4 copy provided by Ratalaika Games.