[Beyond PlayStation] Purrs In Heaven Review 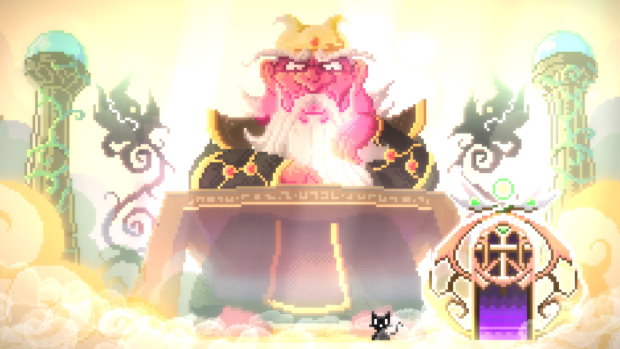 In Purrs In Heaven, you will take control of poor Lanna, who has died after an accident. She ends up before Yama, Judge of the Heavens, who is charmed by her purring, which is why he tells her about the Gate of Redemption. The good news is that you can help her come back to life! There is a series of tests she needs to overcome, and if she manages to complete them, she’ll be able to defeat the guardians who are the keepers of the three pieces of her soul. 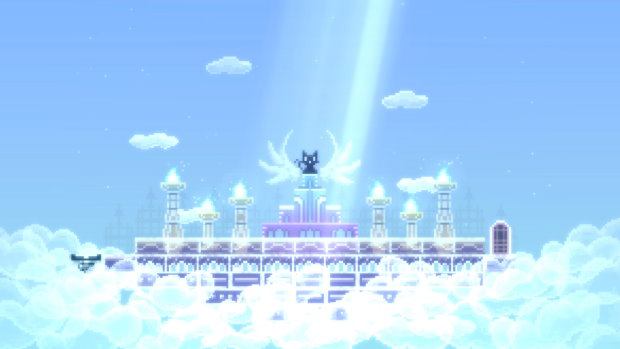 Over the 30 levels that Purrs In Heaven has to offer, you’ll be able to use a special talisman given to you by Yaman, by which you’ll be able to create up to seven echoes of Lanna by pressing the A button. You’ll move her with the left analog stick or the D-Pad, jumping with the B button as needed. The echoes of Lanna can be used as platforms, and by reaching one of the kitten checkpoints, Lanna will be able to respawn from it after creating an echo, instead of spawning at the start of the stage. 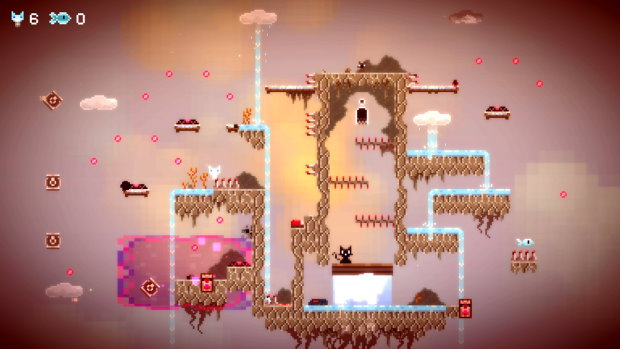 The first level in Purrs In Heaven will act as the game’s tutorial, allowing you to get the hang of things before new elements are thrown into the mix. You’ll soon have to create echos in mid-air to avoid enemies that will kill you in one hit or clear large gaps in order to avoid bottomless pits. There will also be springs that will send you flying high up in the air, pointy spikes, 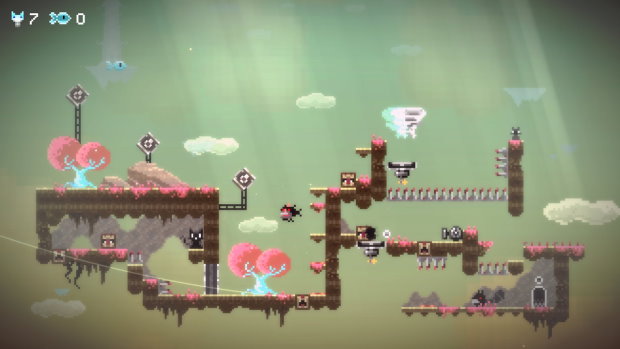 As you play through each level, your main goal will always be to reach the exit so that you can do the same thing for the next stage… and for the next one, and for the next one. But on top of this, each stage will also have a fish you can collect. Doing so will allow you to trade the fish for a safe spot between sets of levels so that you can take a break if you want to and save your progress up until that point. There will also be coins to collect, which can be used to unlock a mini-game or to be able to press the ZR button to create a spawn point wherever you want to. 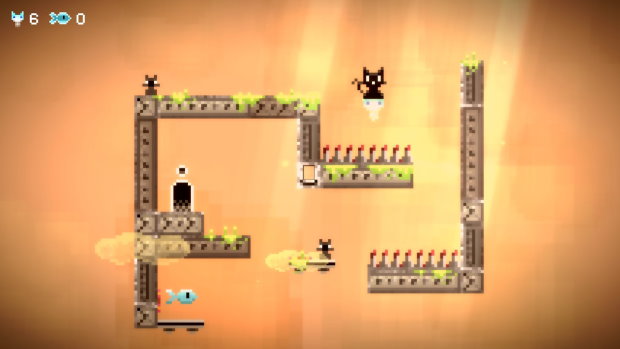 Purrs In Heaven is a challenging but fun puzzle platformer with a great pixel art style, easy to understand gameplay mechanics and a steady difficulty curve that will have you trying out new stuff at a steady pace. Purrs In Heaven is out now on Nintendo Switch for a budget $6.99.

Disclaimer
This Purrs In Heaven review is based on a Nintendo Switch copy provided by EnjoyUp GamesEnjoyUp Games.

Thy Sword Out Now On Consoles