[PS VR] Carly and the Reaperman – Escape from the Underworld Review

Escape the underworld with the help of a giant skull name The Reaperman. Learn more in our Carly and the Reaperman – Escape from the Underworld review on PS VR!


Carly and the Reaperman – Escape from the Underworld – Gameplay Trailer | PS4

In the depths of the Underworld, Carly and the Reaperman visit the worlds of the spirits that inhabit this place. Master platforming, solve puzzles and build your way to victory. This asymmetrical game let’s the giant Reaperman pick up platforms, and the little girl Carly jumps on top of the platforms that the Reaperman places. You can either control both characters by yourself, or grab a friend to play with – either way, escaping the Underworld is not an easy task! 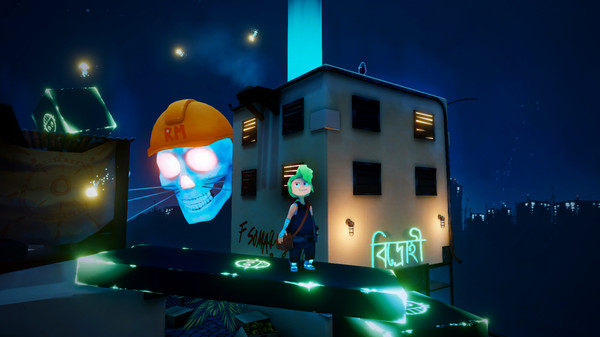 I played co-op with my wife and had a good time. One will play as the Reaperman on the PlayStation VR headset with PS Move controllers, while the player will control Carly on the TV using the PlayStation DualShock 4. Having used both control setups, I do have to say that the better way to spend your time playing this game is with friends in the co-op mode. It’s more fun, less complicated, and just an overall better time.


In Carly and the Reaperman, as the name suggests, Carly is trying to escape the underworld with the Reaperman’s help. You work in tandem with each other as you try and escape. Each of the levels is set up to have you work with your partner, so you’ll need to constantly communicate with each other. When playing as the Reaperman, you have a more God-like view of what’s going on, and you see things the other player, as Carly, won’t see on the social screen. Most of the time, it will be blocks that Carly will need to proceed whether to walk on or jump on to reach higher areas. 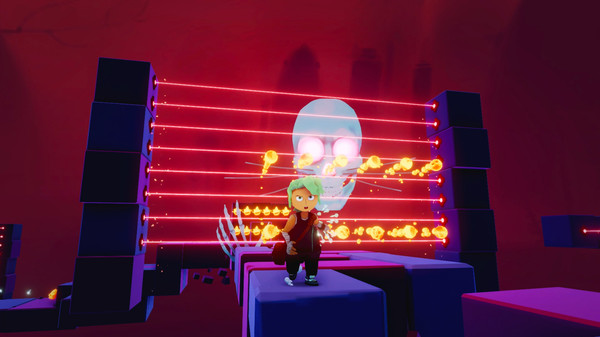 You will be navigating through the Underworld in levels based on the people’s memories who are trapped in the underworld. It leads to a really unique look to the game. It almost reminds me of the movie Coraline mixed with Moss in a way. The art style is unique and like other games with a floating figure, you build that relationship between the two as you play. You even get the chance to fist bump each other. I love that.

It’s a really unique art style and different than what I have experienced on PSVR. The game has a very dark tone to it, but at the same time has bright neon and colors accenting everything. It’s unique and it helps set the world apart from games that try for similar themes. One of the things I thought was fun was there are unlockable cosmetics for you to put on the Reaperman, you don’t see them from Reaperman’s perspective, but putting a funny mustache or other things on a floating giant skull. 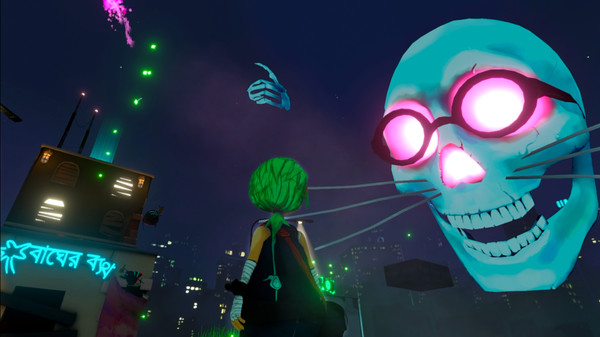 Overall Carly and the Reaperman – Escape from the Underworld is a great co-op game to play with a friend. It requires great communication between the two, the way it gives you different screens on the PSVR and the social screen on the TV for the other player is done really well. Alone it’s a little more cumbersome to control, but still very playable. This is an easy recommendation for the PSVR platform, check this out when you get a chance.

Disclaimer
This Carly and the Reaperman – Escape from the Underworld review is based on a PlayStation VR copy provided by Odd Raven Studios AB.

Coffee Talk On Its Way To Consoles