GIGA WRECKER Altis an interesting mix of platforming, action, and puzzles, from the studio responsible for the Pokémon franchise on Nintendo platforms. Find out if it’s worth playing in our GIGA WRECKER Alt review!


“GIGA WRECKER is a 2D puzzle-platform action game developed and published by Game Freak. You play as a cyborg girl, who has the power of reconstructing debris and scraps into various weapons, and explore a world invaded by an army of mysterious robots.”

The story of the game is set three years after Earth was invaded by killing machines of unknown origins. Only a few people are left alive, but if they’re captured, they’ll work as slaves, or simply be killed if they are elders. Reika, the main character for the game, has been imprisoned for a while now and has lost everything and everyone around her. One day though, another girl comes by her prison cell, explodes her way in, but to kill her!

For some weird reason, a doctor passes by as Reika is about to die and offers his help and ends up turning her into a cyborg. The only thing he’ll ask in return is for her to gather data in the surrounding areas. From there, Reika will be on a quest to find the one who tried to kill her to understand the reasons behind this. 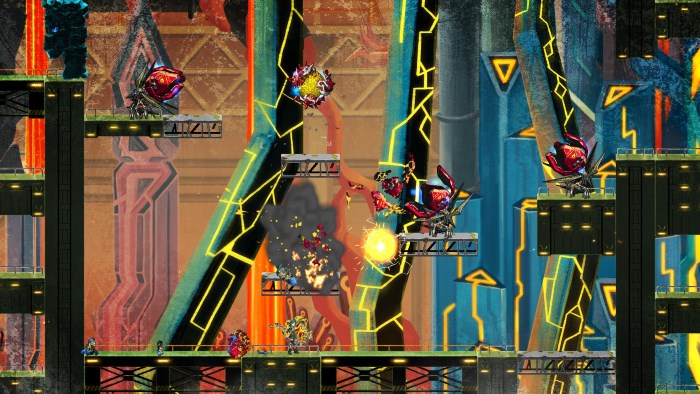 As you play the game, you’ll encounter walls (or ceilings and floors) that you can break, creating debris. You’ll then be able to recall that debris to you to create a boulder-like structure. The more stuff you break and recall, the bigger the ball will be, and your attacks will also benefit from this as you literally hurl that thing at your enemies. This will become important as you progress in the game since some enemies have shock absorbers, indicated by red lights on them, and unless you gather enough debris to have those lights turn blue, your attacks will be useless against them.

And sometimes, that debris will help you solve the game’s physics-based puzzles. For example, transforming debris into a solid block on one end of a platform will make the other end rise in order for you to reach a higher platform. Since that type of puzzle can easily be messed up, the developers were nice enough to include a special spot in those zones from which you can reset the puzzle. Beware though, as reloading takes a few seconds – more than you would expect since you’re already in the room. 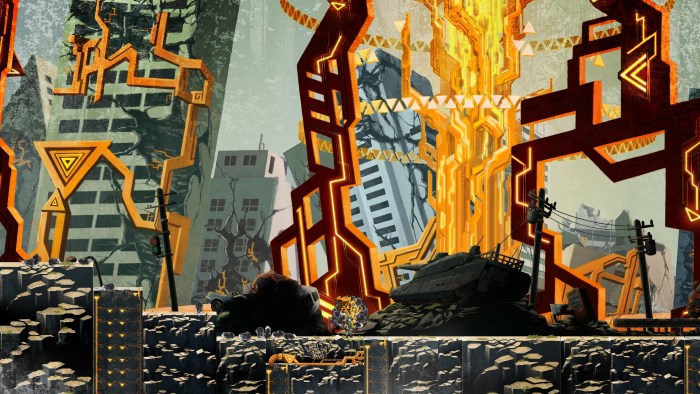 Other than monsters and puzzles, every now and then you’ll be thrown into some tricky platforming situations, the type of tricky that you generally find in a Mega Man game. This led me to a few moments of frustration because the save points in the game are really scarce. You’ll also be collecting nanocrystals that reward you with skill points once you’ve got a hundred of them. Those skill points will be usable in a skill tree where you can expand certain attributes like your max health or some weapon specific things.


After spending my time with the game, I’m ending up with mixed feelings towards it. The physics puzzles are on the interesting side of things. At first, you’re just either destroying walls to clear up debris, or laying a formed cube to shift your way to other places, but as you move forward in the game, things vary a bit. For example, once you gain your nano sword enhancement, slicing at the base of a tall destroyable wall will create the same effect as a cut tree and will make it fall differently than if you had just bashed through it. This makes for some interesting thinking on how to reach other platforms.

The idea that you need to gather enough debris to destroy the shock absorber of enemies was also an interesting concept, but since you can just jump over them and carry on down the road, it made it almost feel optional. Then there’s actually that whole debris gathering thing. Again, quite an interesting concept, but that quickly became repetitive in the way it’s implemented, as you have to hold the R1 button to gather debris. Stopping at every broken wall or enemy to gather some, and then move on, felt more like a chore, and I think it could’ve just been done automatically, so it didn’t feel as annoying. 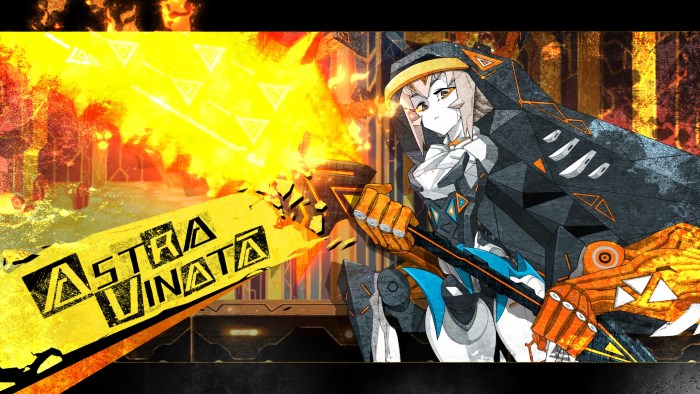 As for the trophies, there’s no Platinum trophy in this one, but the list consists of fairly manageable trophies. As is the case with a lot of games in this genre, it’s mostly about finishing the game while gathering and unlocking everything in the game. You do have to complete the game on Hard mode though, but if you take your time, it shouldn’t cause many problems.

Final Thoughts
Developer Game Freak got out of their comfort zone with this one, and I think they came close to achieving a really good game. With games like Guacamelee! and so many more topping up the genre with near perfect execution, it’s hard to ignore the faults in this one. But if after reading this review you’re still curious enough about the game, and are a Mega Man and 2D action platformer fan, you can certainly check this one out.

Disclaimer
This Dangerous Driving Review is based on a PlayStation 4 copy provided by Three Fields Entertainment.