Become the Wizard you dreamt of being as a kid in The Wizards: Enhanced Edition. Come check out our magical review of this excellent PlayStation VR adventure!

Become a powerful sorcerer with a host of mighty spells at your fingertips and protect the realm of Meliora! The Wizards is an acclaimed action-adventure game with a unique gesture-based spellcasting system, designed for PlayStation®Move controllers. The Enhanced Edition comes with new content and mechanics as the result of two years of hard work to implement everything our players wished for.

In the game you’ll find:
・An expansive campaign with time travel, heroic battles, and dragons
・Various spells with unique conjuring gestures and upgrades
・High replayability thanks to game-modifying Fate Cards
・A challenging Arena Mode to test yourself in infinite battles
・Customizable locomotion settings to suit any player’s needs


The Wizards is an updated version of the game that hit the other VR platforms last year, and it is now ready for you to enjoy on PlayStation VR. This version adds a lengthy extra dungeon, extending the life of the game, as well as some quality of life improvements as well. I had heard good things about the original release in other platforms, so I was very much looking forward to getting my hands on this one. As I do with most VR games, I like to talk about requirements, and for this one, you, of course, need a PS VR headset, and you also need a pair of PS Move controllers to play this title properly. 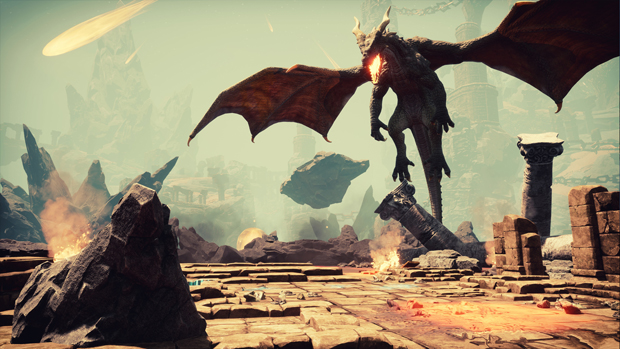 The focus of the game is on using hand gestures to create magical spells to help you in the world presented to you in VR, and the game walks you through a tutorial to show you how to use the basic spells. For instance, to create a fireball, you hold the trigger which closes your fist and then turn your wrist sharply to your right. Now you have a ball of fire in your hand! Throwing it was a bit of an issue at first until I figured out it uses head tracking to aim where the fireball is going. Next, they show you the shield which you can make by pressing the trigger and moving your left hand in an arc to the right. Finally, my favorite weapon in the game is the frost bow, which you can get by holding the trigger on both controllers and moving them in an arc left and right. It is a two-handed bow with you aiming with one hand as you pull the string back with the other one!

When playing the main story campaign the game feels rather linear, but you do have some wide open areas to explore. For every level, you are dropped into the world with a set objective. You teleport around using the Move button as you point at different spaces, and you do want to explore the world as there collectibles for you to find in chests and magic stones hidden around the world. So look for on all spots as they could be hidden! 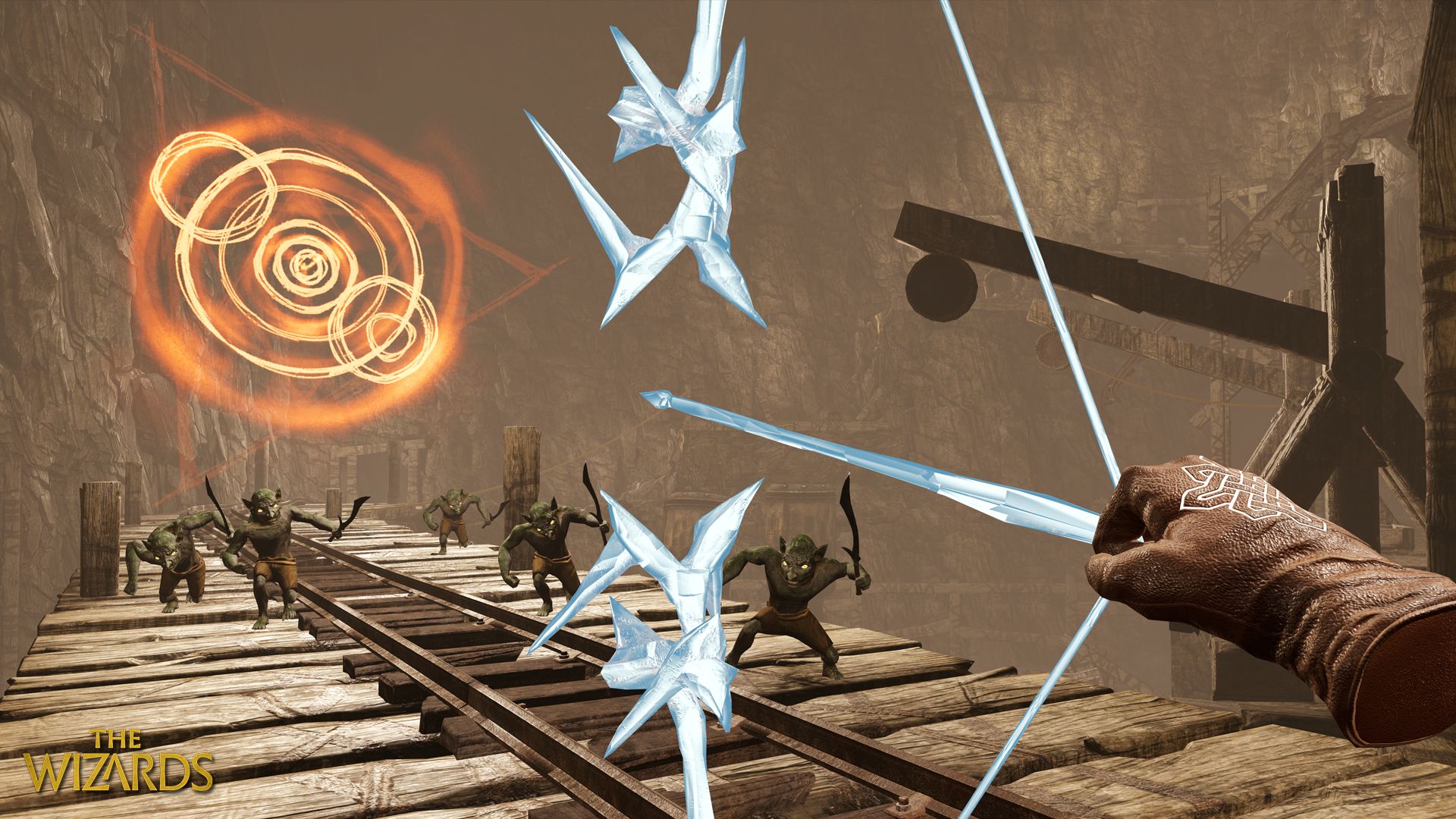 Each level has a similar ebb and flow where you get to a location and will notice magical gates preventing you from traveling further. Some monsters attack, and you use spells to attack them. Once you defeat them, the gates unlock and you move to the next location and repeat. The game is around 6-7 hours long so it never felt too repetitive and you do learn some new spells as well, freshening up the experience. For those looking for something extra, there are fate cards which you can use to modify the experience, adding some replayability. There is also an arena mode which puts you up against waves of enemies as you compete for the top score globally or against your friends. It’s a great break from the normal game, and it’s a fun and challenging mode to play.

The game is very pretty and looks great on PlayStation 4, using a solid art style to create the world and the monsters that inhabit it. If you let some monsters get up close, you might notice the polygons used to create them, but that doesn’t happen too often since you usually want to be as far away as possible form them so that they can’t hurt you. From what I’ve played so far on PlayStation VR, this is one of the better-looking games. 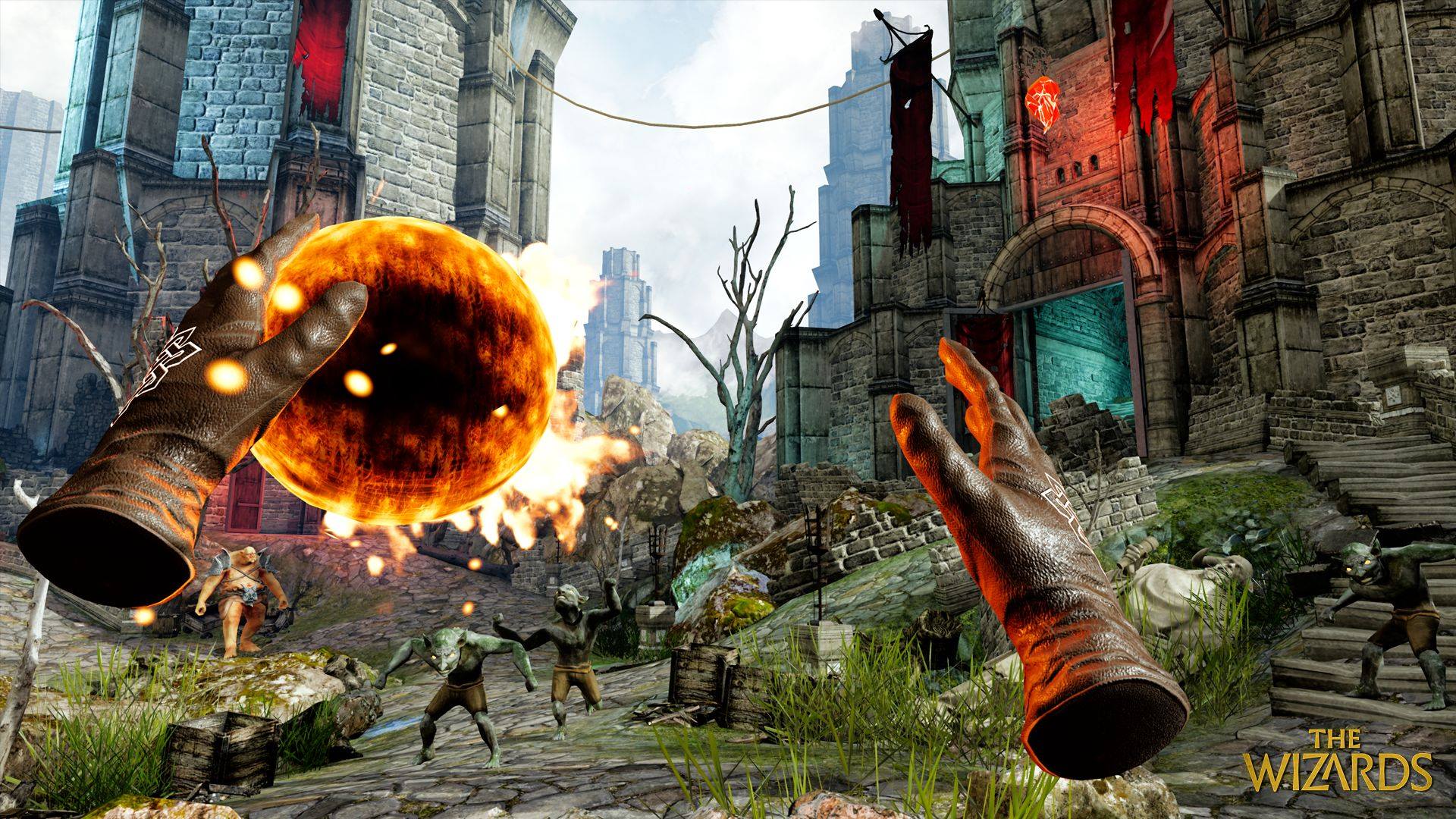 I loved playing The Wizards: Enhanced Edition. It reminded me of being a kid and playing wizards casting spells with our hands, but now it actually looks like you are doing it. I had a ton of fun with the game as it doesn’t overstay its welcome and finds a way to extend the playability of the game in fun ways. This is certainly a must-play game for your PlayStation VR!

Disclaimer
This The Wizards – Enhanced Edition review is based on a PlayStation 4 copy provided by CARBON STUDIO S. A.