In Suicide Guy: Sleepin’ Deeply, your goal remains the same as it was for the previous game: you will need to find a way to “die” inside of your dreams so that you can wake up before tragedy strikes. The first game had you rushing to complete all stages in the game before your beer bottle hits the floor since that would be bad as it would shatter and you would lose both the bottle itself as well as its bubbly contents. For the sequel, you grab a much, much stronger beer that is, for some reason, 99.9% alcohol, so after one sip you’re instantly sent into a dream. 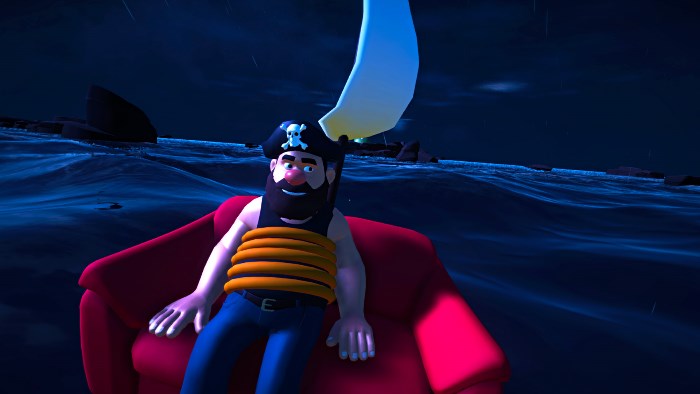 In this dream, you will be sitting on a couch that is on top of a raft that is sailing in the ocean when a big green monster gets in your way. The raft is sent flying, and the monster loses its eye after you crash into it. The monster, as you can imagine, wants its eye back, so you will need to use a wooden box nearby to cover a whole between two platforms so that you cross over to a catapult that you will use in a bit. You will also need to move the eye to a big red X on the floor so that you can use the crane top grab it and drop it on the catapult, to then rush to the controls to launch the eye towards the monster’s now empty eye socket. 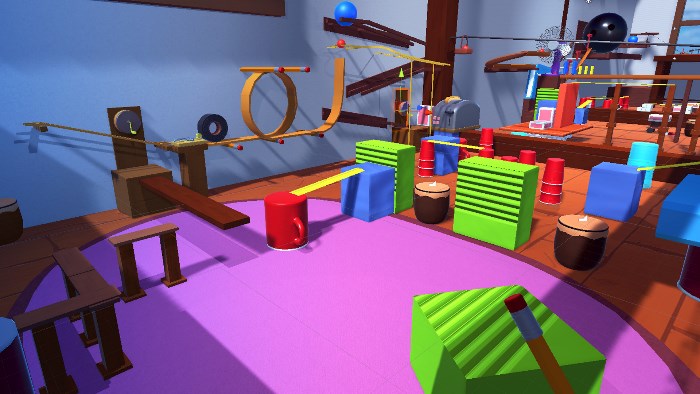 But that’s not the end of this introductory stage! Once the monster has its eye, you still need to find a way to “die.” For this particular stage, you will need to find a large boulder to move it to the big red X on the floor. After doing this, just use the crane to grab it and move it to the catapult so that you can drop it. You can probably guess what you’re going to do next: you’ll be using the catapult to send the rock flying towards the monster, hitting it and making it very angry. He’ll be so angry that it will, you guessed it, kill you – this will allow you to move on to the next stage. The rest of the levels will feature crazier puzzles to solve in this fun and colorful release. 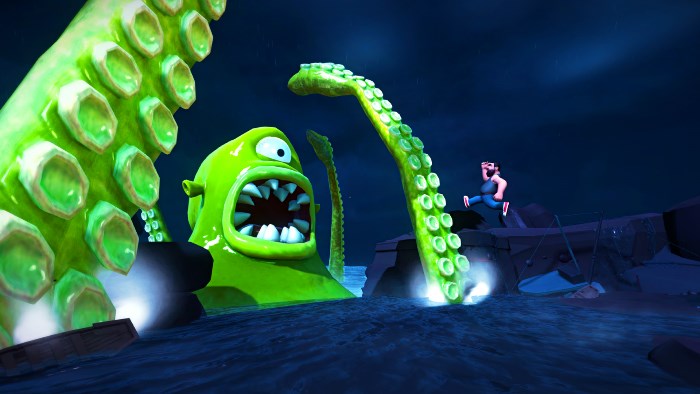 You do all of this with some very easy to understand controls. You will be moving with the left analog stick and looking around by using the right analog stick. Your jump is set to the ever helpful X button, and you can pick up/throw objects with the Circle button. The Square button will allow you to use items. The L1 button is for burping, while the R1 button will allow you to punch around. Did you get all that? 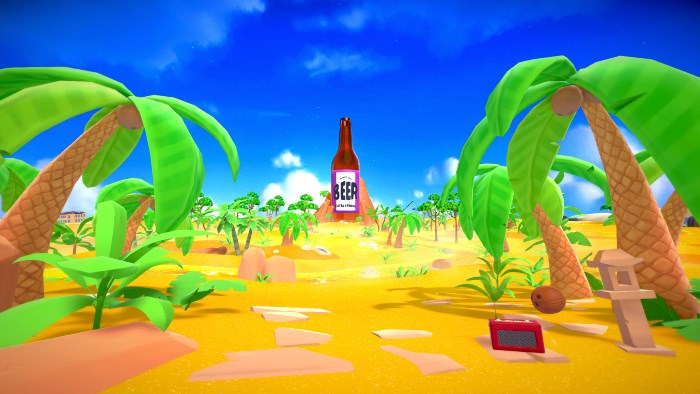 Along with its physics-based puzzles for you to solve, each of the stages also features a silver statue for you to collect. These will tie into the game’s trophy list which, as was the case for the prequel, leads towards unlocking a shiny Platinum trophy. If you go at it on your own and find the solutions to the game’s puzzles as you go, then you will probably take around three hours to complete everything and get all the trophies. But if you dive into the internet and, perhaps, find a video trophy guide for the game (wink-wink, nudge-nudge redux), then you might be able to cut that down by an hour and change. 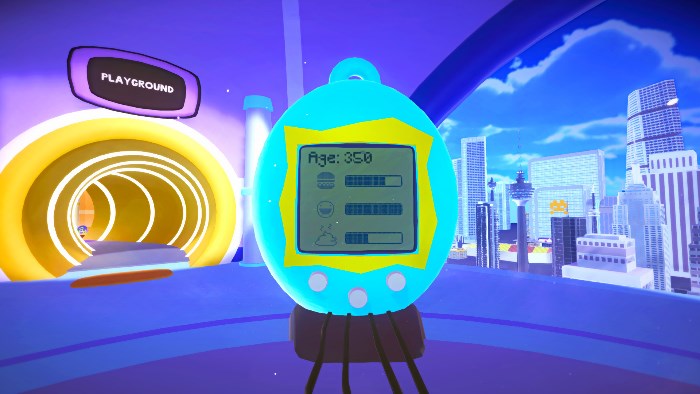 If you liked Suicide Guy, then you’re going to have a lot of fun with Suicide Guy: Sleepin’ Deeply. It’s more of the same, which is a good thing for fans of the prequel, and you will be taking on even weirder and more bizarre puzzles this time around, so you’ll definitely be playing from start to finish to see what else the game is going to throw at you at the next stage. 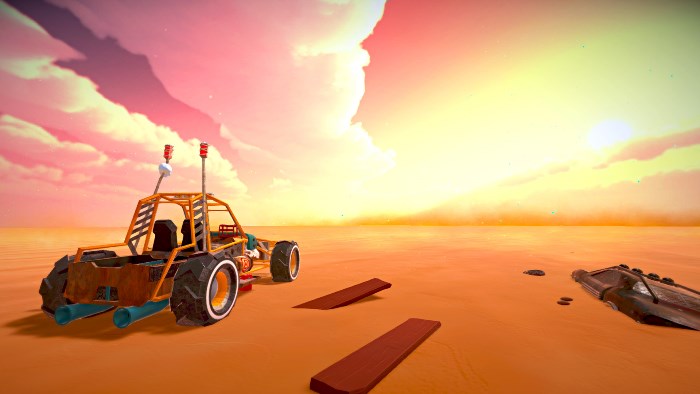 Disclaimer
This Suicide Guy: Sleepin’ Deeply review is based on a PlayStation 4 copy provided by Chubby Pixel.