We have two new pinball tables from EnjoyUp Games on Nintendo Switch. Learn more about Werewolf Pinball and Mummy Pinball in our review!


The last time I reviewed a pair of pinball tables from EnjoyUp Games (World Soccer Pinball and Jurassic Pinball) and this time around I’m taking another two pinball tables for a spin. These are budget releases that are not set to compete with Zen Studios’ Pinball FX3 series, offering a different feel and spin on things. 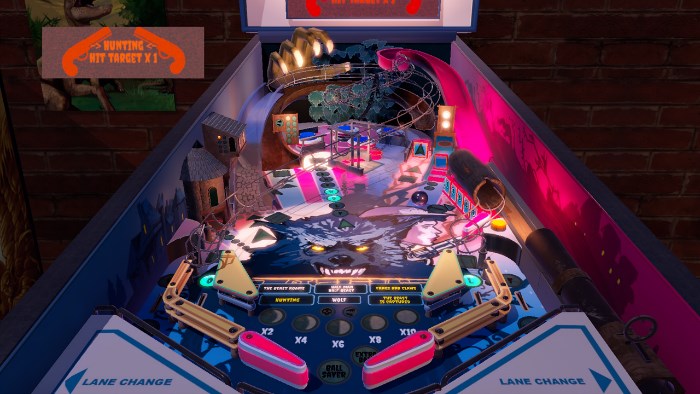 First up is Werewolf Pinball. As the name suggests, this table is all about werewolves, and it’s a rather straightforward table with a serviceable that includes two lanes, three flippers and a handful of bumpers. The table is more colorful than the two tables I previously reviewed, and I applaud the developers for listening to feedback from users and reviewers. The middle of the table has a rather nice werewolf on display, and the rest of the table has a gloomy look and feel that complements the action. There’s a big werewolf paw in the upper left corner, and some old houses on the left that resemble the look of the buildings you’d expect to find in a werewolf monster movie. 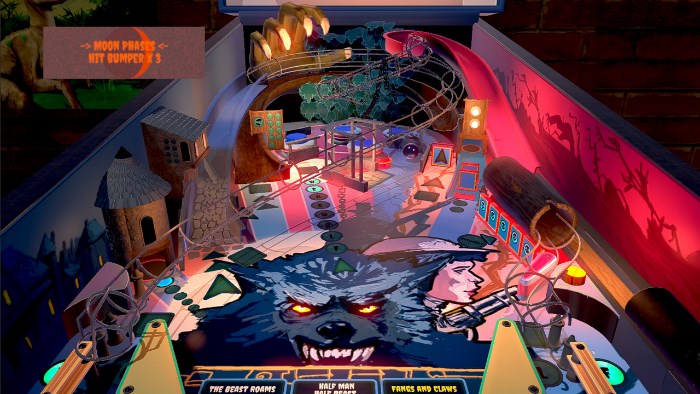 As you play the pinball table, you will get activate a few mini-games as you shoot the ball up the two available ramps, and the titular werewolf will growl and snarl here and there to accentuate the action. The score multipliers (x2, x4, x6, x8 and x10) are represented by moons at the bottom of the table that light up as you activate each multiplier increase, which is a nice touch. There are some targets to hit on the middle right side of the table near the third flipper, while on the left side of the table one of the buildings has an open door you can send the ball into for some extra fun. Overall, it’s a table that improves on what the first two did, which is definitely good news. 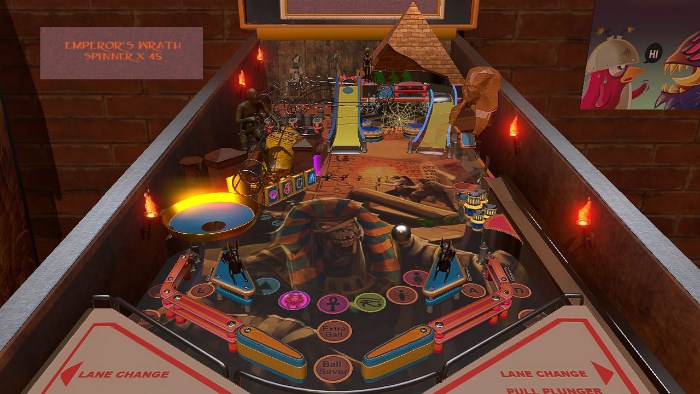 And now, let’s talk about Mummy Pinball. The theme for this one is mummies, so you’ll have a big display in the middle of the mummy for the game’s cover art, as well as a moving mummy on the left side of the table. If you enjoyed the mummy movies, then you’re going to like the setup for this pinball table since it does look and feel very movie-like Egyptian with a pyramid in one corner, a bust, a tomb-like area, some extra statues and a couple of ramps for some fast-paced action. 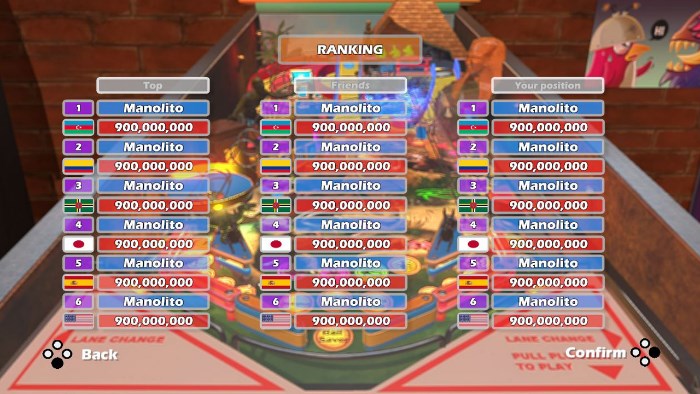 As with other tables from EnjoyUp Games, this one has three has three flippers you can use to move the ball around the table as you try to combo on the ramps to boost your score as you use the spirit vortex to increase your score, trying to send the ball into the tomb to get a bigger push on your overall score. There is another spot into which you can send the ball if you time things right, and this will make the mummy on the left side of the town move around and make some ghastly noises as you find the secret passage. So if you’re looking for a colorful pinball table at a budget price with a mummy theme, this one is going to be right up your alley.

Disclaimer
These Werewolf Pinball and Mummy Pinball reviews are based on Nintendo Switch copies provided by EnjoyUp Games.