EnjoyUp Games has so far released a handful of pinball tables on Nintendo Switch, and that means it’s time to review a couple of them. Come check out our World Soccer Pinball and Jurassic Pinball reviews!


I’m rolling up two pinball games into a single review since these tables are a bit more minimalist than what you’d find in, say, the pinball tables that Zen Studios has to offer on their Pinball FX3 platform. First up, let’s talk about Jurassic Pinball. 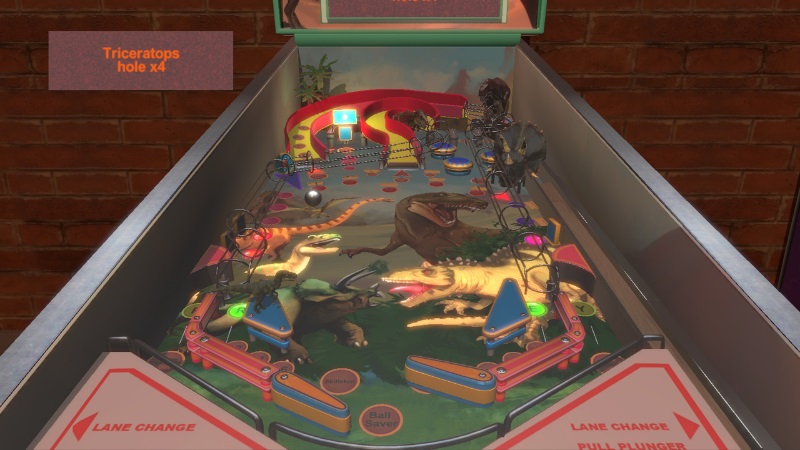 Upon booting up the game for the first time you are greeted with a screen where, before you being, you will get to scroll through the countless countries you can select as your nation of origin, which is a nice bonus, but you might be scrolling through all available options for a few minutes since the countries are not presented to you in alphabetical order. 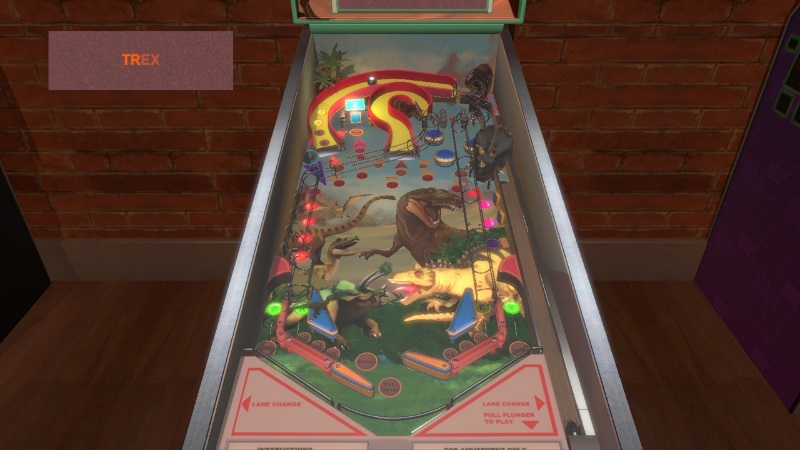 With the Jurassic Pinball table, I felt that the physics side of things were a bit off. It’s very easy to lose the balls in every shot you take since even though they go up very fast, they slow down considerably as they go past the halfway point. When you start playing the camera zooms in on the table, and you will flick the right analog stick back to pull the lever on the on-screen pinball table to shoot the ball. There aren’t many ramps and not many bumpers either.


There are missions in this table, but the game doesn’t tell you much about how to activate them, so you’ll stumble upon them as you hit the targets on each side of the table, send the ball flying into the available holes, and hit the ramps in a combo – something that, as I said, is hard to do due to how the physics for this table work. There are some dinosaurs around the table that light up and move around as you send the ball flying all over the place, so that’s definitely nice. 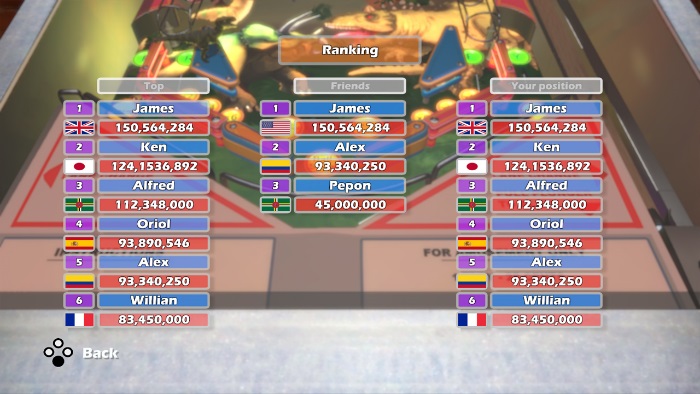 There is no online multiplayer for this table, or for the World Soccer Pinball for that matter, but what these pinball tables do have is online leaderboards where you can check how your score stacks up against your friends who have played the game, as well as against the rest of the world. You’ll be surprised to see that there are some very dedicated players that have scores with six digits. 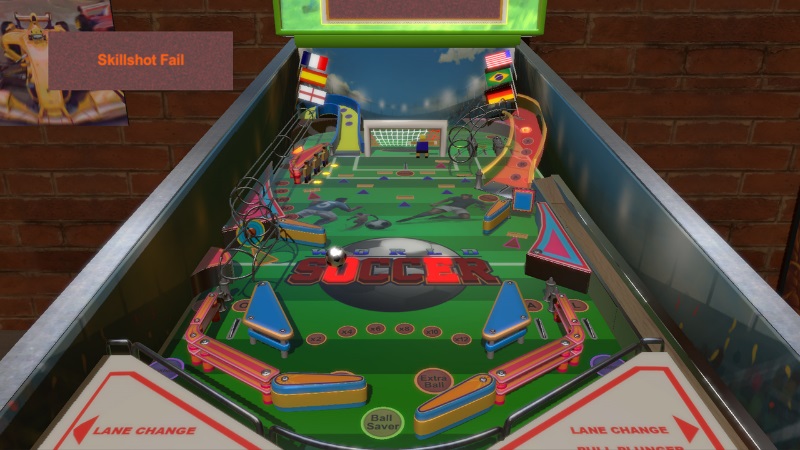 Now, let’s talk about World Soccer Pinball. This table, as the name suggests, is based on soccer (known as football in the rest of the world), which makes it a bit more realistic than Jurassic Pinball due to the way it is setup – it’s also a more colorful option. The table has a goal post and a goalkeeper that constantly moves from side to side to protect the goal, and the overall playing field represents a football pitch. 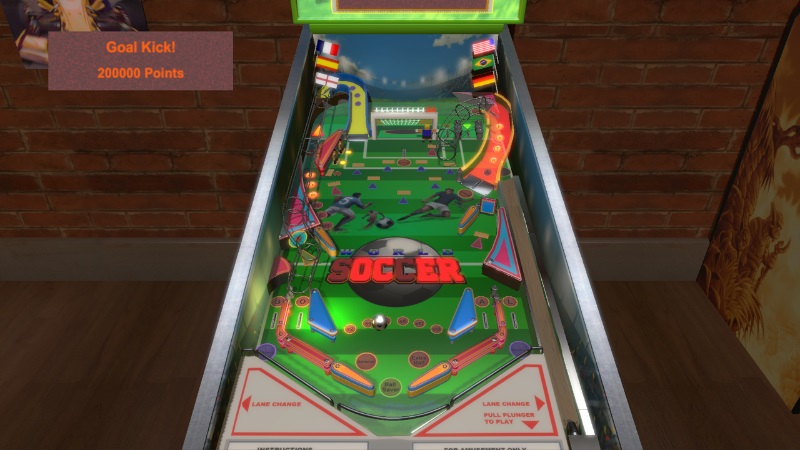 Your main focus, as is to be expected, is to score goals. There are a few ramps and some bumpers here and there for a chance to score big points, as well as lots of colorful lighting to accentuate the action. The animations, speed of the ball, and the overall feel for the game is definitely better than what the Jurassic Pinball table had to offer. This one also features an online leaderboard so that you can compare your score with players from around the world. 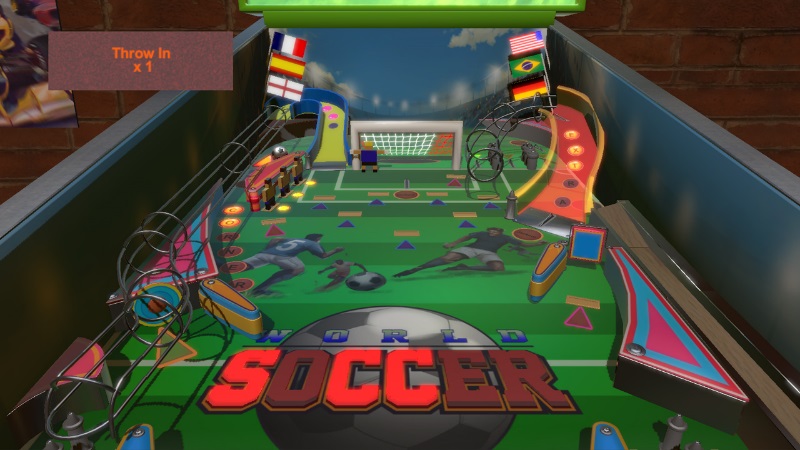 If you’re looking for a couple of pinball tables to scratch that pinball itch and are on a budget, then you could give these two tables a go. Each one is available for only $1.99, and you’re definitely going to get more than two bucks of fun from the Jurassic Pinball and World Soccer Pinball tables. 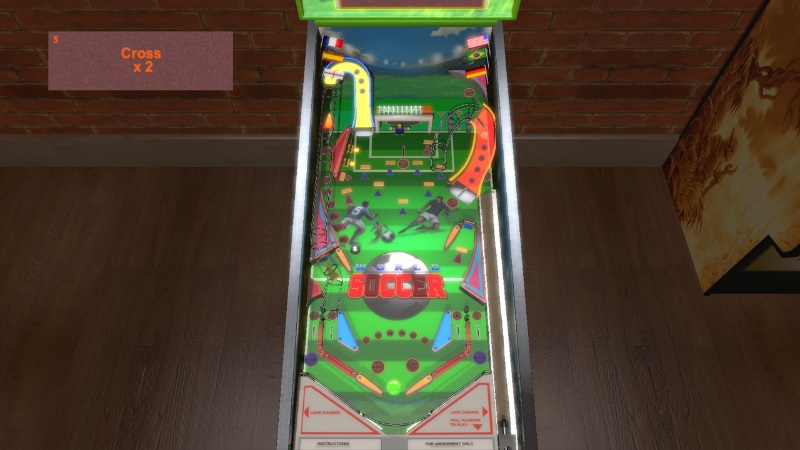 Disclaimer
These World Soccer Pinball and Jurassic Pinball reviews are based on Nintendo Switch copies provided by EnjoyUp Games.