Thunderful has acquired Rising Star Games, so I got in touch with Brjann Sigurgeirsson and Klaus Lyngeled, graceful overlords of Image & Form and Zoink Games and the dynamic duo of Thunderful fame, to talk a bit about this new deal and it impacts all the games.

PS4Blog: Hi! Good to have you with us at PS4Blog.net. How is it going?

Brjann Sigurgeirsson: It’s going good, lots of stuff happening! I’m happy for Klaus that he finds the time to be on vacation. In the meantime, some of us have to work to pay for his piña coladas. 😉 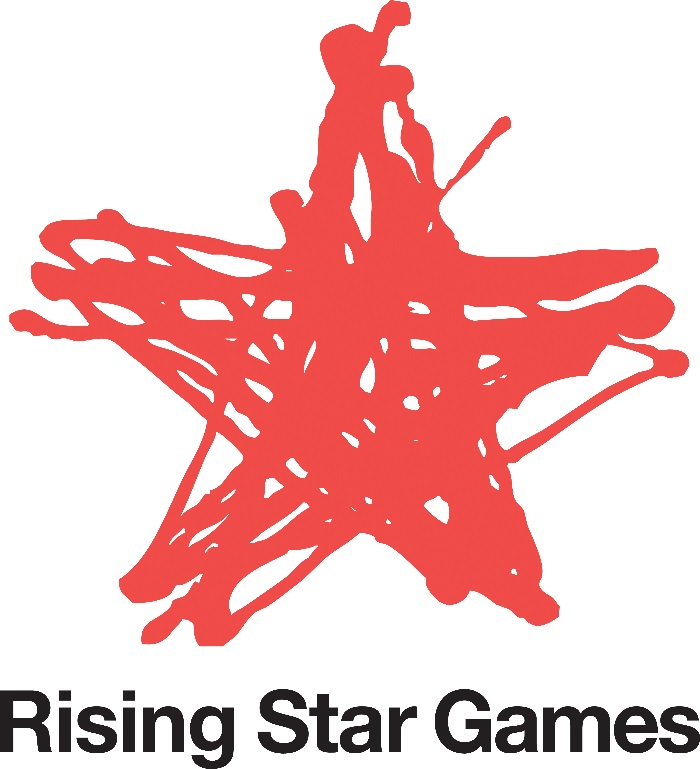 PS4B: There’s a lot to talk about today, so let’s get started with the big news. Thunderful, of which you each own 25%, has now acquired publisher Rising Star Games. How did this deal come to be? What made Thunderful look at Rising Star Games as a valuable property for their portfolio?

Klaus: Rising Star was fully owned by Bergsala the company which is also a part owner of Thunderful, so you can say it was kind of already part of the family. We have worked closely with Rising Star for a few Zoink titles, mainly for physical versions of our games, so we already know the company really well. So it was all quite natural when we wanted to expand our publishing goals.

PS4B: Brjann, you’re also the CEO of Thunderful. How does this deal impact your day to day?

Brjann: Well, it doesn’t affect me very much on a daily basis. Thunderful AB is the holding company of the Thunderful group that encompasses I&F, Zoink, Thunderful Publishing and now also Rising Star Games. Being the CEO of a group of companies largely means strategic work and corporate decisions, but not operational stuff. That said, I’m still very involved in the day-to-day business at I&F, how the Zoink games should be promoted, what titles Thunderful Publishing should publish, and in which direction we should take Rising Star Games now. Work is fun. I like fun. 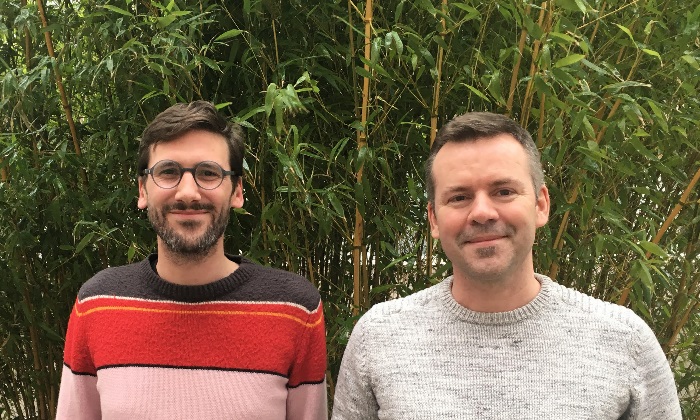 PS4B: Ed Valiente, who is the Managing Director at Thunderful, will also assume the same role at Rising Star Games. What other changes does the new deal introduce to the structure of Rising Star Games?

Klaus: Maybe a tiny bit of a structure change – might ask all of them to try Swedish surstromming as an initiation ritual to become truly Thunderful.

But seriously, we are very keen on working as a big team, we all have a lot to learn from each other. Brjann and I have also been big fans of Ed’s work when he was at Nintendo, and we all have very similar ideas of what we believe makes great games. I think Thunderful can apply some of that magic mojo that made the I&F and Zoink Games great onto other developers titles and make them shine. It’s just pretty amazing to help other developers make their dreams come true.

Brjann: None really at this point. Ed will head up RSG, and the staff over there is very organized and competent. It’s Ed’s job to make sure they get to work on high-quality developers and titles. They know the drill already. 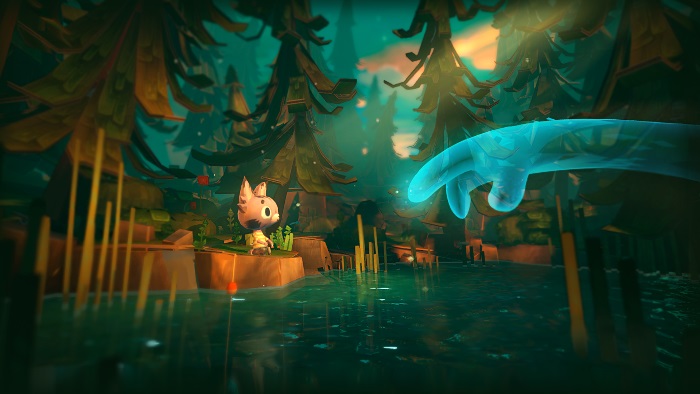 PS4B: Zoink Games has projects such as Flipping Death and Ghost Giant on their way to consoles. Will these be released under the Thunderful banner, under Zoink Games, or under Thunderful but also with Zoink Games as the developer?

Klaus: Both Flipping Death and Ghost Giant will be published by Zoink Games, just because of boring paper stuff. But in the future, Thunderful will be the publisher of our games and Zoink Games remains as the creative nuthouse (developer). 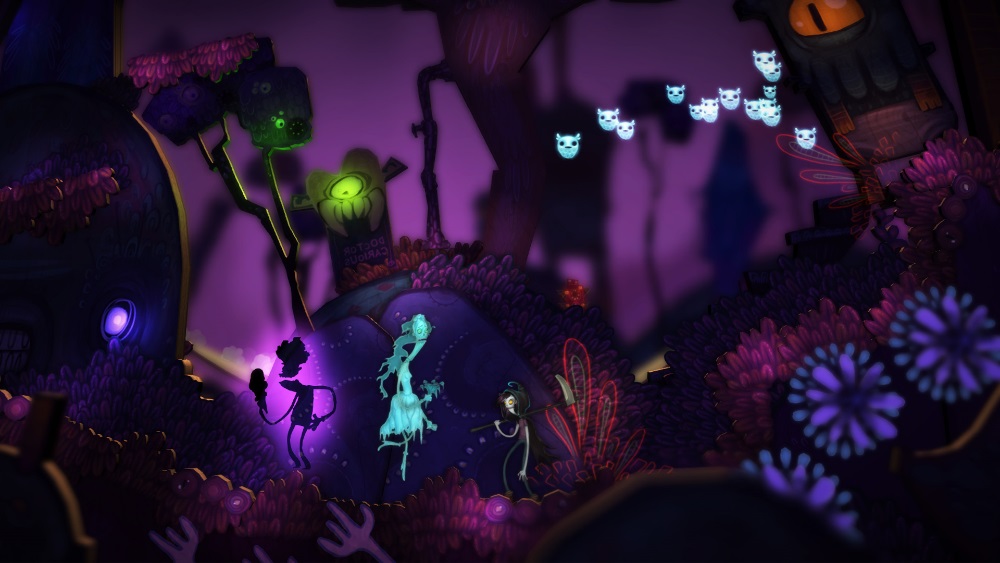 PS4B: Speaking of Flipping Death, how’s the game coming along for its August release? Also, what are the odds of us getting a physical copy of the game for, say, Nintendo Switch, thanks to the expertise of Rising Star Games and retail physical releases? SteamWorld Dig 2 got a PS4 and Switch physical release soooo…

Klaus: It is going great with Flipping Death. We just passed submission on all formats. That’s PS4, Switch, Xbox, and Steam. So that is a huuuuuge weight off my shoulders!

As for your other question… yes! A physical release is on its way for both Nintendo Switch and PS4, and there are going to be some really neat collector cards inside the boxes. Something we call Ghost Cards. Featuring some of my crazy characters designs. 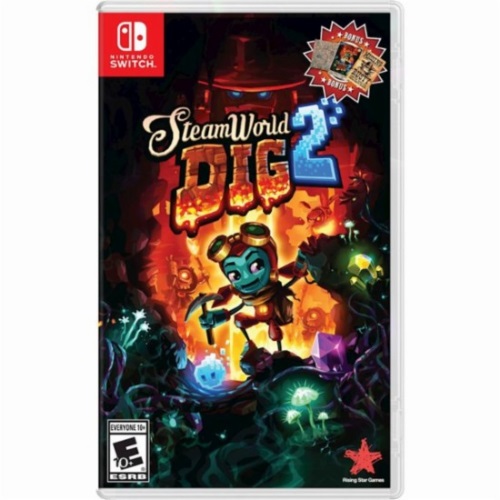 PS4B: That’s great! Brjann, going back to that physical version of SteamWorld Dig 2 from Rising Star Games, could we also get a physical release for the SteamWorld Collection on a Nintendo Switch cartridge so that we can have the entire Image & Form collection on display in our collections? And while we’re at it, can you also give us a remake of SteamWorld Tower Defense on Nintendo Switch? Worse case scenario, we’re totally getting that game in its original form as a bonus on the SteamWorld Collection cartridge, right? Wink wink nudge nudge.

Brjann: Well, SteamWorld Collection on Nintendo Switch is an option, but perhaps we can make something even more substantial down the line? 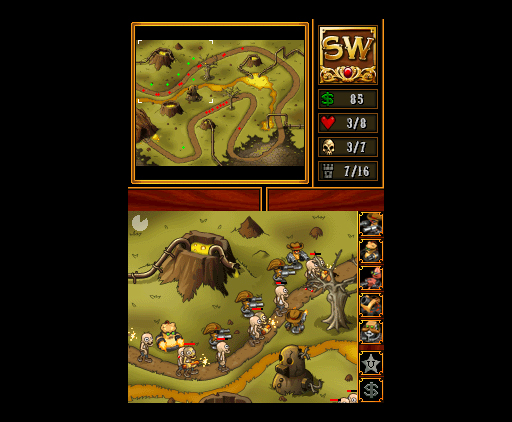 PS4B: The way SteamWorld Dig 2 has been selling all over the place (but with particularly good sales numbers on Nintendo hardware), how soon will we be able to see the new Image & Form game you’re totally releasing on Nintendo Switch and beyond? Any hints you can share?

Brjann: No hints yet, except we’ll surprise you once more. 🙂 We’ve learned from outing our games too early in the past, that’s really counterproductive. We’ll talk about our coming games when we’ve decided on what clever things we want to say and what awesome stuff we want to show.

PS4B: And that’s all the time we have for today. Would you like to add anything else before we end this one?