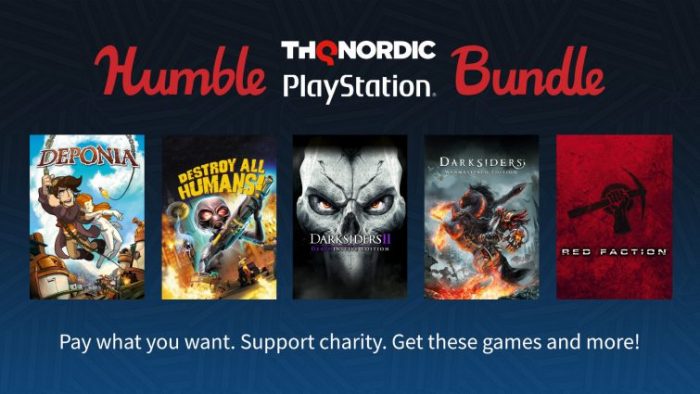 Are you ready for a new Humble Bundle? Then you’re going to love the THQ Nordic PlayStation Bundle! That’s right, from today and up to April 18, you can get up to $334 in games for only $15!

How crazy good of a deal is THAT?


If you’re new to the Humble Bundle, the way it works is that you can pay what you want for the games on offer, but the more you pay, the more free games you get. For example, if you pay at least $1 you would get:

The Book of Unwritten Tales 2

After this, the next option is the “beat the average” where you buy the bundle at a bit higher than the current average for all purchases made. Doing this will give you the games above plus:

And then, if you spend $15 or more when you buy this Humble Bundle, you would get these as well:

As you can see, $15 will give you enough games to last for a while! Are you getting this bundle? Have you already bought it? Let us know in the comments below!