Are you ready to meet a new character from Persona 5? Then say hello to Morgana! Atlus has shared with us a trailer for the team’s mascot, which you can check below. We also have some new information on Morgana’s role in the team. And be sure to check the bonus video interview after that with voice actress Cassandra Morris!


Every good team needs a mascot, and that job has been bestowed upon the anthropomorphic cat-like… thing known as Morgana. You’re probably thinking, “what are you talking about? That “thing” is obviously an adorable cat,” but we’ll have you know that Morgana (who absolutely hates being called a cat, by the way) is much more than that. This mysterious creature from another world is a professional thief and serves as a mentor figure to the disaffected youths in the Phantom Thieves. Most importantly, Morgana is the irreplaceable heart and soul of the team. Also, what other team in history has a mascot that can also TURN INTO A BUS?

And be sure to check out the two limited editions available for pre-order for Persona 5! 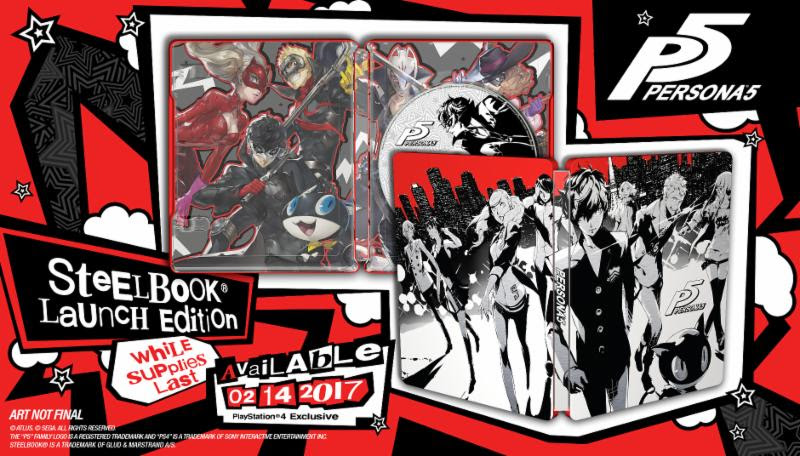 Available only to PS4 pre-orders and a limited number of day-one purchases, while supplies last.
SteelBook: The PS4 version will come specially packaged in a SteelBook collectible case, emblazoned with Persona 5 designs. 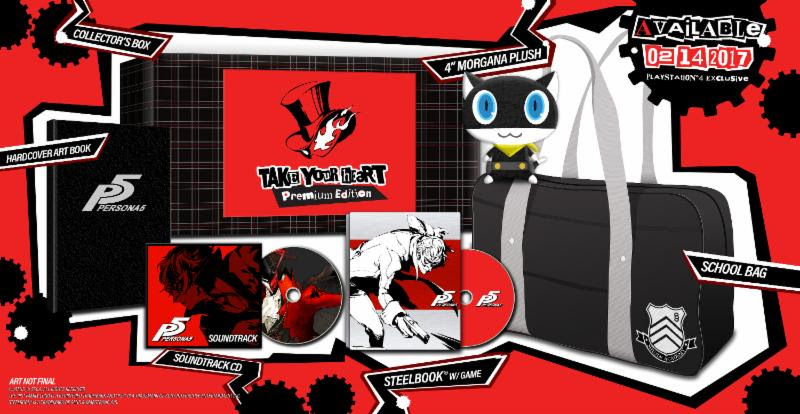 Exclusive to the PS4 version of the game, the premium edition includes the following:
Soundtrack CD: A selection of music from Persona 5 by legendary series composer Shoji Meguro in a CD wallet featuring P5 artwork.

4″ Morgana plush: Morgana the cat is not just the mascot of the Phantom Thieves, but is also a member–and also not just a cat! The premium edition includes an exclusive 4″ plush of Morgana.

SteelBook: As strong as a vault, the game disc for the PS4 will come specially packaged in a SteelBook collectible case, emblazoned with Persona 5 designs.

Collectible outer box: Easily the largest premium edition in ATLUS’ history, the entirety of the “Take Your Heart” Premium Edition comes in a colossal collectible box.

What do you think of the two available versions? Have you pre-ordered your copy of Persona 5? Let us know in the comments below!