Race The Sun is a beautiful and polished “endless runner” type of game where the aim is to avoid obstacles and clear regions with the highest score possible. Are you ready for a challenge?

You collect blue tris – which are shaped like a pyramid – to increase your score, and the more you collect, the bigger your multiplier. Collecting yellow tris gives you a short speed boost and enables you to stay in the sunlight, as your ship is solar powered. The yellow tris also contribute to your overall score. The green tris are your jump power-ups, and collecting them gives you a short jump burst enabling you to jump over difficult to pass obstacles. Use it wisely as you do not get an upgrade until you are around level 9, which will give you two jumps instead of one! The purple ones will give you an extra try if you do crash, but with your score intact, so they’re very important!


Each region lasts about three minutes or so and increases in difficulty as you go. The better you do the further you’ll go and the more obstacles you’ll run into. By the time you make it to region three things will get pretty hectic. 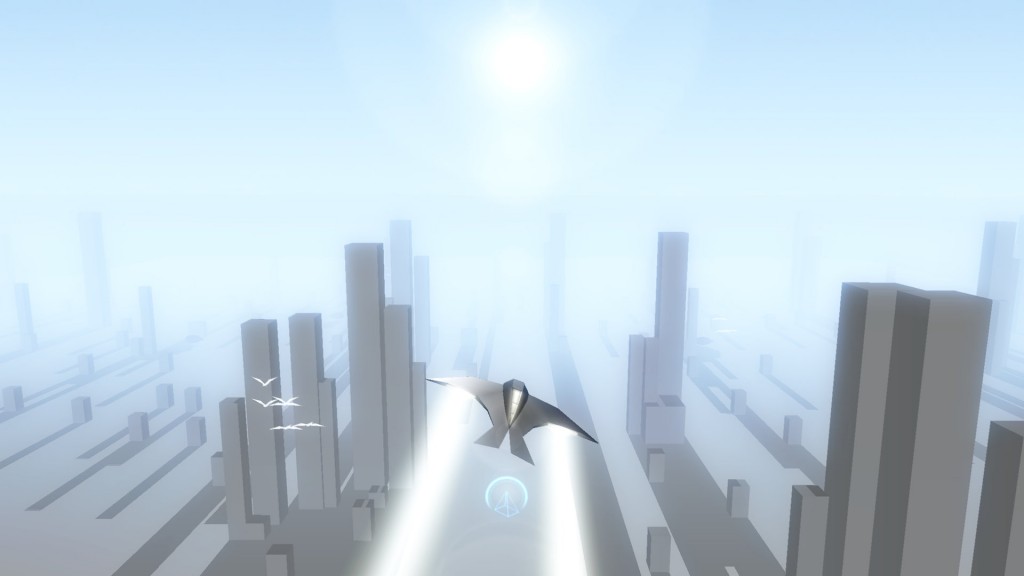 To keep things interesting, the game has twenty-five objectives to complete. Some examples of objectives are clearing three regions with no collisions, reaching a 15x multiplier, doing twenty barrel rolls in one run and using the jump ability ten times, to name a few.

Gaining levels from completing objectives will unlock attachments for your ship like an increased number of jumps or a magnet to attract tris from short distances, but you can only fit one attachment to your ship at a time, with five attachments in total to unlock. The levelling is capped at 25, but you can also unlock decorative badges for your ship. Once you are done, you can try Apocalypse mode that is stupidly difficult. I wasn’t able to last more than a few seconds, making this mode only for the hardcore endless runners! 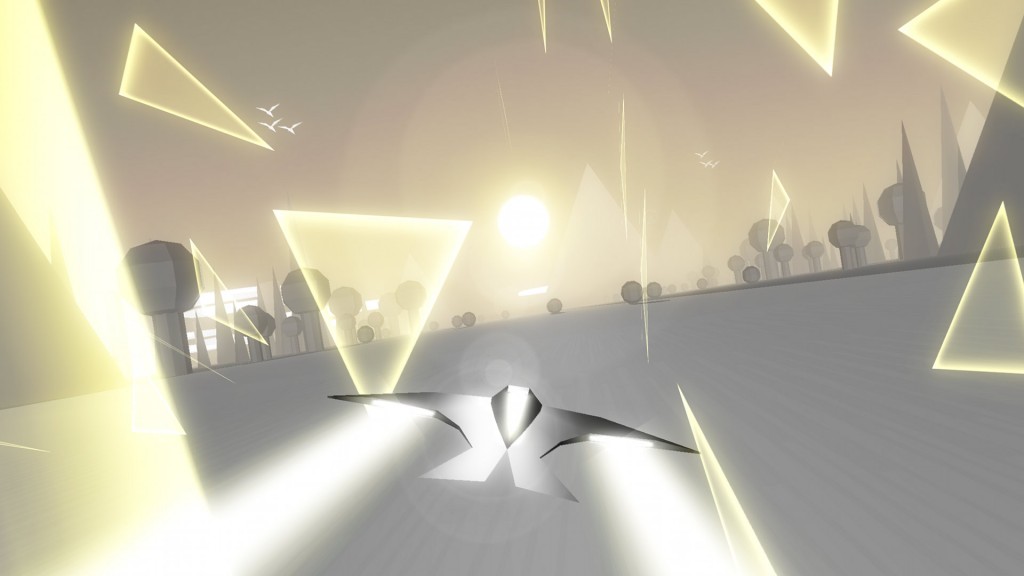 Another mode on Playstation consoles is Labyrinth, which is only available when you reach level 25. The mode is not an endless runner since it actually has an ending, and you’re tasked with navigating through a maze that has moving walls that can instantly kill you if you touch them.

The best part of the game is that the environments change every 24 hours so if you were stuck in a region, just wait 24 hours, and you may find an easier one. I really like the idea of daily randomization, and I have only seen a small handful of games do this. I really love the feature and would like to see it in a lot more games. 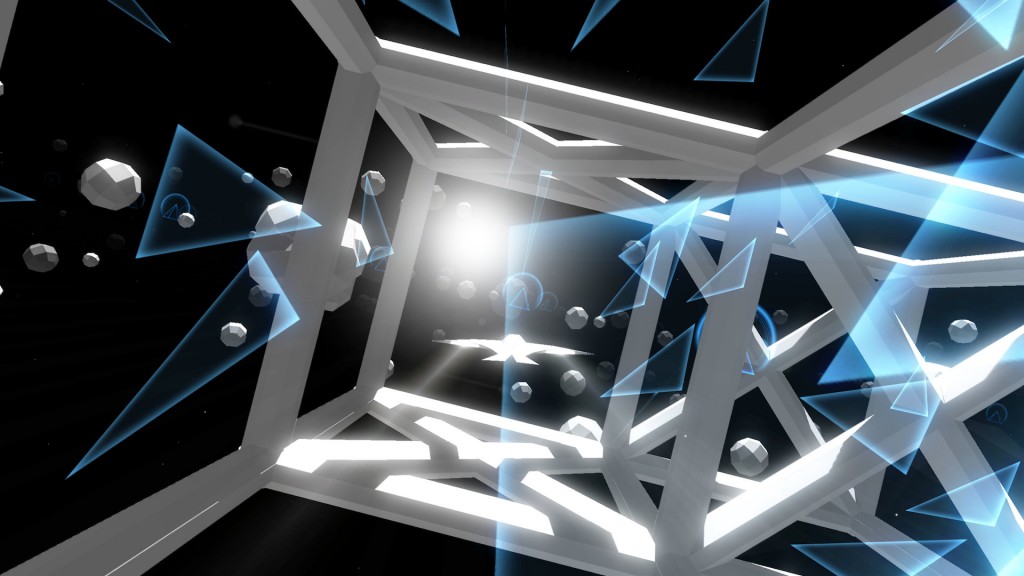 I like the minimalist art style and the ship’s silver color against the various shades of grey’s and blacks along with the different fluorescent colors of tris that blend in nicely with the futuristic theme of the game. Race The Sun is an absolutely fantastic and addictive game with solid visuals and great music that will keep you busy for hours. 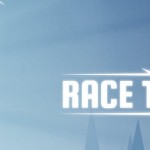 Cosmic Star Heroine Is Getting A Physical Release!