Radiant Silvergun Out On Nintendo Switch!

Live Wire got in touch to announce that cult classic shoot ’em up Radiant Silvergun from Treasure is ready to go on Nintendo Switch. Come check it out!

The human race was annihilated by the light emitted by a stone-like object excavated from the stratum before Christ. Only four crew members belonging to the space cruiser TETRA and one robonoid survived in satellite orbit.

A year later, the supplies on board are depleted. TETRA is forced to re-enter the atmosphere and begin the fight for human survival.

Stages with various topography such as intricate gaps and moving containers become battlefields, and enemies attack from all directions, up, down, left and right. 23 bosses await beyond… Six highly challenging stages await you.

There is a chain bonus that keeps increasing the score by continuously defeating the same enemy, a secret bonus generated by defeating enemies in a specific order, and a hidden score item. The key to earning a score is to cover all of these, build an original pattern for strategy, and accurately defeat the target enemy.

Use different weapons that level up by earning points and beat the high score! 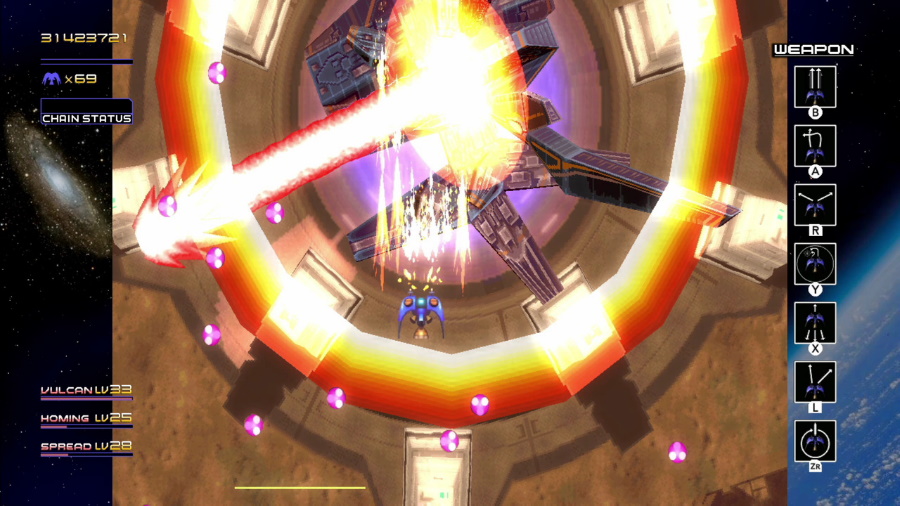 Score system specialised in the origin of shoot ’em ups

Tons of weapons that level up by killing enemies

Five levels of difficulty settings that even beginners can fully enjoy

Story mode with a strong message

Sounds created by Mr. Hitoshi Sakimoto, who is highly acclaimed both in Japan and overseas, to colour the world of the game

Game mode that can be enjoyed with the rules of Ikaruga, the second project RS work

Online leaderboards to compete with rivals around the world 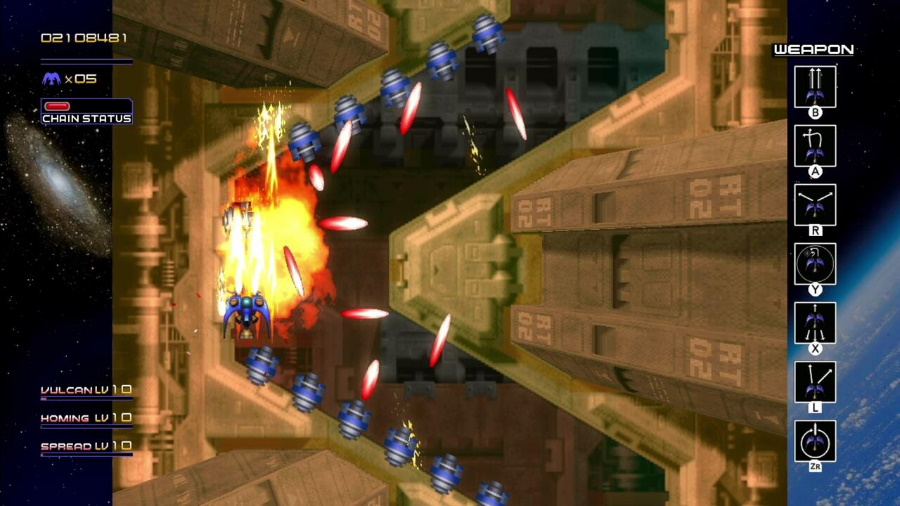 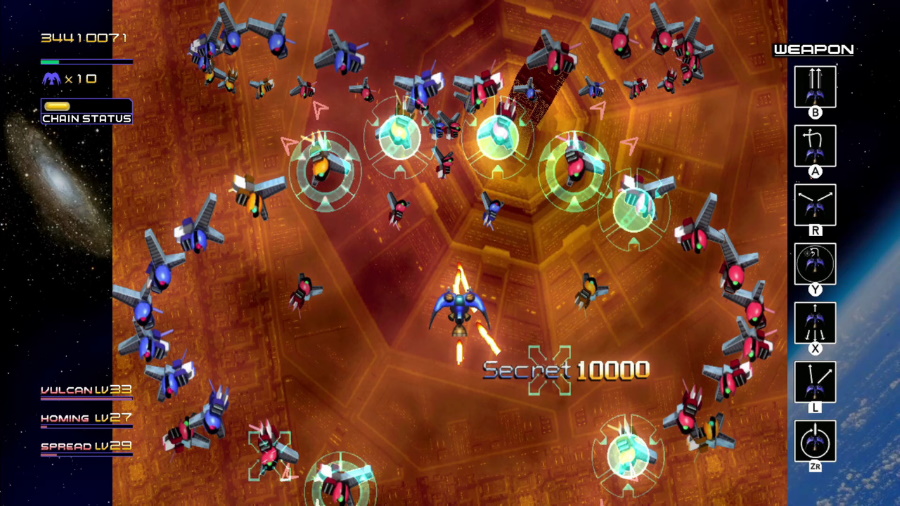 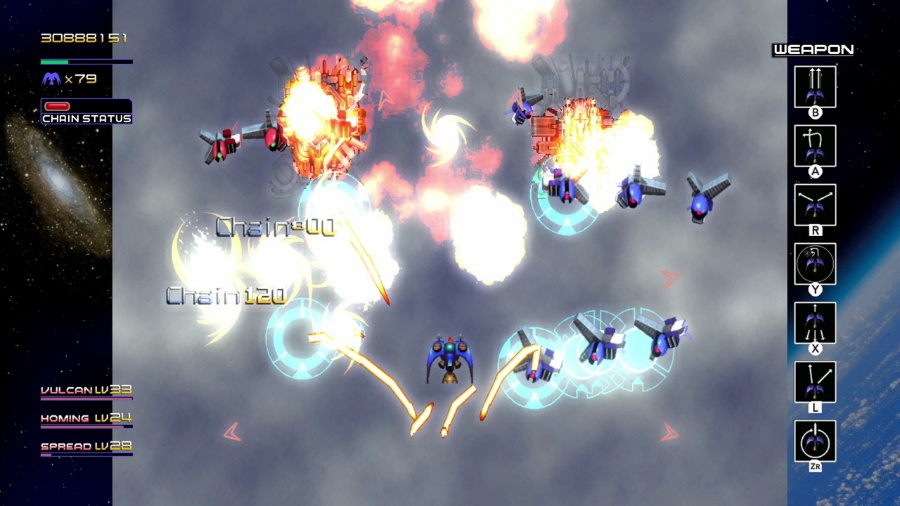