[PS4Blog.net Interview] Stave Studios On Over The Alps

We’ll be working on a review for Over the Alps on Nintendo Switch, so I got in touch with Stave Studios to talk a bit about the game’s development. Come check it out!

Hi! I’m Samuel Partridge, the studio lead for Stave Studios. Stave is a London-based narrative games studio that I co-founded after working for Failbetter Games and Fusebox Games, two leading (and very different) narrative studios in London. Our debut game is Over the Alps, which is a WWII narrative thriller, which launched on Apple Arcade and has made its way to Steam as well. 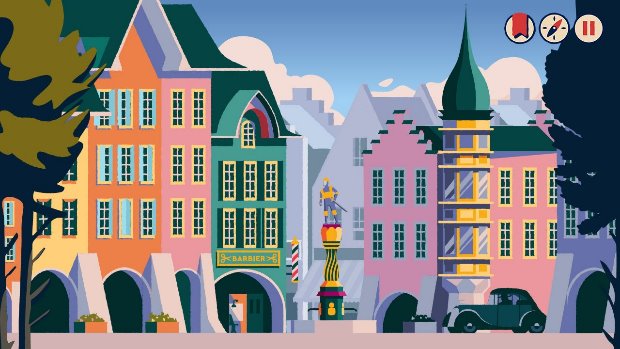 PS4B: On that note, Over the Alps is also out now on Nintendo Switch. How would you describe the game so someone who’s never heard about it?

Think of it as 80 Days meets The Grand Budapest Hotel! Players relive a secret history of WWIII espionage in the Swiss Alps, all told through postcards written with invisible ink. This essentially boils down to an interactive fiction travel game, in which players read through the story while choosing routes on a map. It has multiple endings, is really beautiful, and it is a great story that can be completed in a few sittings. We also have a free expansion story and are working on expanding the game with further stories. 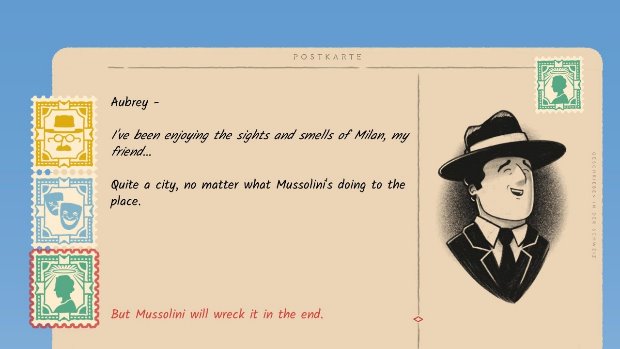 PS4B: How long did it take to port the game to Nintendo’s console? Were there any hurdles or challenges you had to overcome during development?

This was down to Matt, our chief engineer! We already have a really slick game that, considering the amount of 2D art in it, has a light footprint and also both touch and controller support, so the process wasn’t too painful. Most of the work we did was about making sure it felt right on the Nintendo Switch – that the controls were natural, that it was bug-free, and that the artwork could shine on the resolution. We started porting in January and, because of that, finished up in late July. 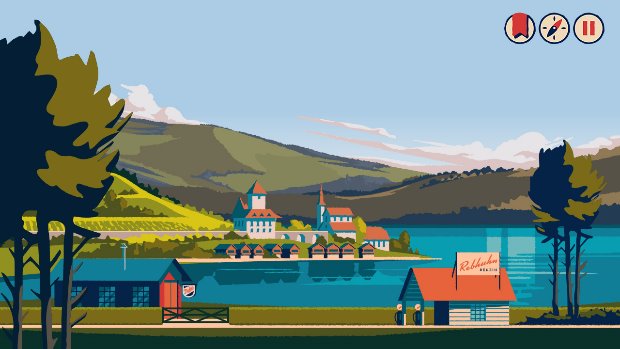 PS4B: With Over the Alps ready to go on Nintendo’s console, are you currently working on any new projects?

We’re entirely focussed on new, free story updates right now. Our first one, A Test Of Character, will overhaul the way the routes on the map work, with little narrative mini-games and a rework of the police system to make that part of the game feel more interactive. Following that is one more story update to join our two existing stories, that will finish off the trilogy. It’s a lot of work to do! Especially since we are releasing them for free across three platforms. 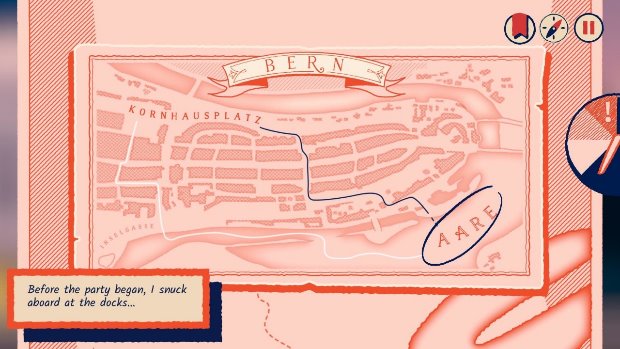 Yes! I contributed some writing to Inkle’s new game, Pendragon. It’s a ‘narrative strategy’ game quite unlike anything I’ve played and is a must-play for fans of story, strategy, and games in general! That game releases on the 22nd of September, and I urge you to please go and wishlist it!