Without Escape from Bumpy Trail Games and Eastasiasoft is a classic point and click adventure that aims to capture the old-school gameplay from the 1990s. Come find out if it’s succeeded in our Without Escape review!


Without Escape is a tribute to first-person graphic adventures of the early ’90s with an interactive story told through pre-rendered background and full-motion video. Explore the confines of your own home as you flip between a mundane existence and a terrifying otherworld. Are you prepared to endure the horrors that await you?

The story starts with a brief explanation about you coming home after an exhausting day in class, and nobody is home. Guessing that your parents are probably gone for the weekend, you have dinner, watch some TV, and finally decide to go to bed early. It’s only when a strange noise wakes you up at 2:45 AM that you take control of the game. You decide to investigate where the noise is coming from, only to find something that will eventually lead you to another dimension. 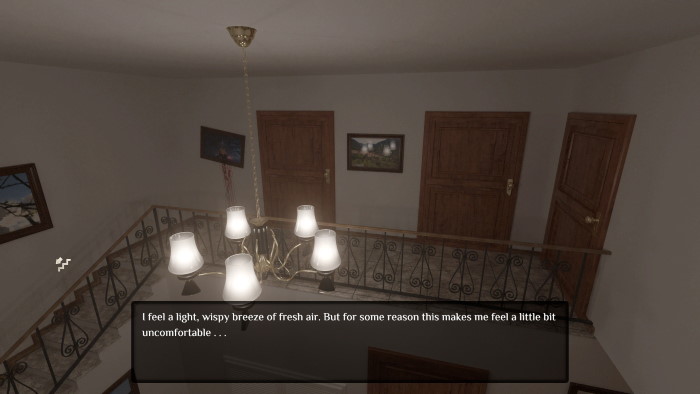 The developers wanted to pay homage to the classic point and click adventures that were all over the place back in the 1990s. Each room you visit in your house will be a static image, and you can move your cursor around with the left analog stick. When there are things you can inspect, the cursor will change to a magnifying glass to let you know there’s something to check there. During your investigation, you’ll sometimes gather some items that you will be able to see in your inventory by pressing the R2 button. Fortunately, you are not required to select them when they are needed, as the game does that automatically for you when you interact with something that requires an item you have in hand.


Classic point and click adventures were known to have challenging puzzles, and this game delivers on that aspect. Hints are barely present, and you have to figure out what you’ll do with just about any information you find without anything that will store it for you as in a lot of modern games. For example, at some point, you’ll find a phone number that obviously needs to be used with a phone, but your only options will be to write it down or remember it until you get to said phone.

Visually, the game is obviously not one to put emphasis on graphics, but each and every room you visit in the game is full of details to give you the impression that you are inside of the house. My only complaint with how they rendered things is that when you combine the small items, the sensitivity of the cursor can get in the way. The cursor goes so fast when you move it that it’s easy to go over some key elements that you need to advance, thus making for some moments where you’re just going around from room to room trying to figure out what you have to do. 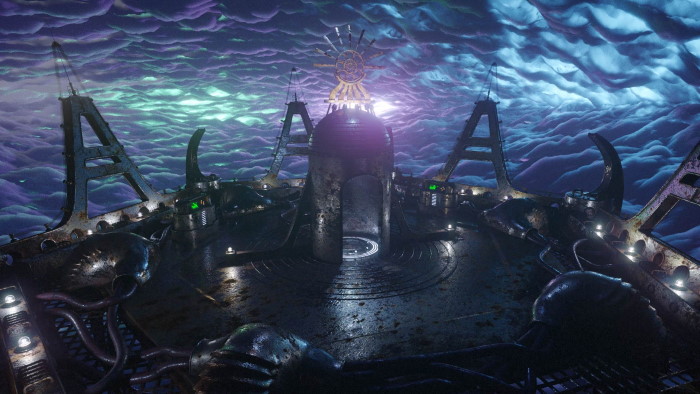 Apart from that little complaint, though, I had a lot of fun playing the game and solving the puzzles. There are so many little details that slowly take place that you easily get sucked in the puzzle-solving. The story, on the other hand, doesn’t give you that much on what’s really happening until near the adventure is over. Until that moment, you’re basically exploring one room after the other, unlocking them in-between, with nothing more than a quest to find out what was that noise that woke you up.


As for the trophies, it’s one of those releases that you’ll get pretty much all the trophies just by getting to the end of the game, except for maybe two trophies that could be missed, but that you’ll probably get anyways. As a bonus, you can also get another quick Platinum trophy if you have a PlayStation Vita since the game is a cross-buy title! 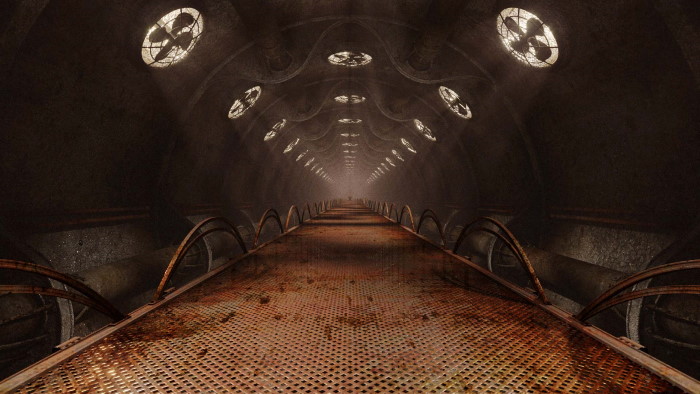 Final Thoughts
Without Escape does a great job of paying homage to the classics of the genre in terms of gameplay, but the story lacks a bit of storytelling to make it a spectacular title. We’ll hopefully get to see another, more elaborated game with the same engine, as it could have a shot at expanding on what Without Espace is doing.

Disclaimer
This Without Escape review is based on a PlayStation 4 copy provided by eastasiasoft.

Coffee Talk Out On Nintendo Switch And PS4