Persona 4: Dancing All Night is a story-driven music game, and it is a direct sequel to what happens in Persona 4 Golden and both Persona 4 Arena games. The story of Persona 4: Dancing All Night takes place about a month after the events of Inaba. Rise Kujikawa has returned to the world of music and is busy teaching all her friends how to dance so that they can dance as her backup performers during a very special live show.


Things start to change when a video goes viral online and music group Kanamai Kitchen goes missing. It is discovered that they are in an alternate world called The Midnight Stage. This alternate world is home to shadows, creepy monsters that are impervious to everything except dance. They prey on music idols who go through an identity crisis and kidnap them. 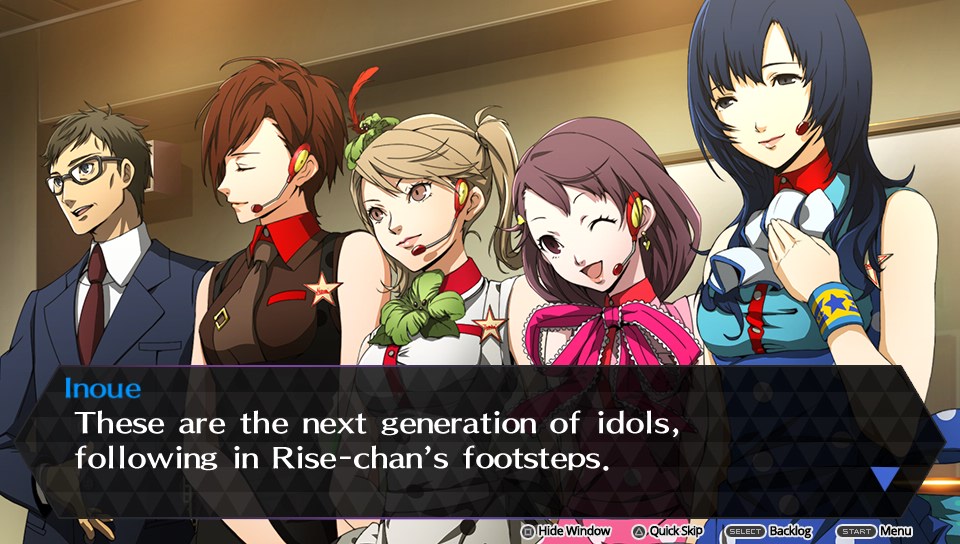 If you previously played Persona 4 Golden and remember the story revolving around a group of murders that took place in Inaba, and how that story came to a conclusion, then you’ll feel right at home with Persona 4: Dancing All Night because of the disappearance of the manufactured pop group Kanami Kitchen. It is eventually discovered that Kanami Kitchen had been leading double lives. They have been forced to live and do things in a certain way that and it goes against who they really are. They felt trapped and desperately wanted to escape.

The mechanics of the game are fairly typical of a rhythm game. In the center of the screen, you have a yellow circle with six notes to match the six keys on your PS Vita, and notes float on the screen towards the corresponding keys that match the buttons on your Vita. On your left, you have the directional button input’s and on the right-hand screen you have the circle, square, triangle and cross, and you have to hit them in time with the music. On top of that, you must use the analog sticks to hit the blue rings that are called scratch rings, because hitting those increases your points. There are also multicolored rings called fever rings, and hitting these not only increases your score but also initiates a bond fever with a song partner. Oh, and if you have hearing problems that is not an issue because the visual cues work really well to accommodate that, so there is no real excuse for not picking up Persona 4: Dancing All Night! 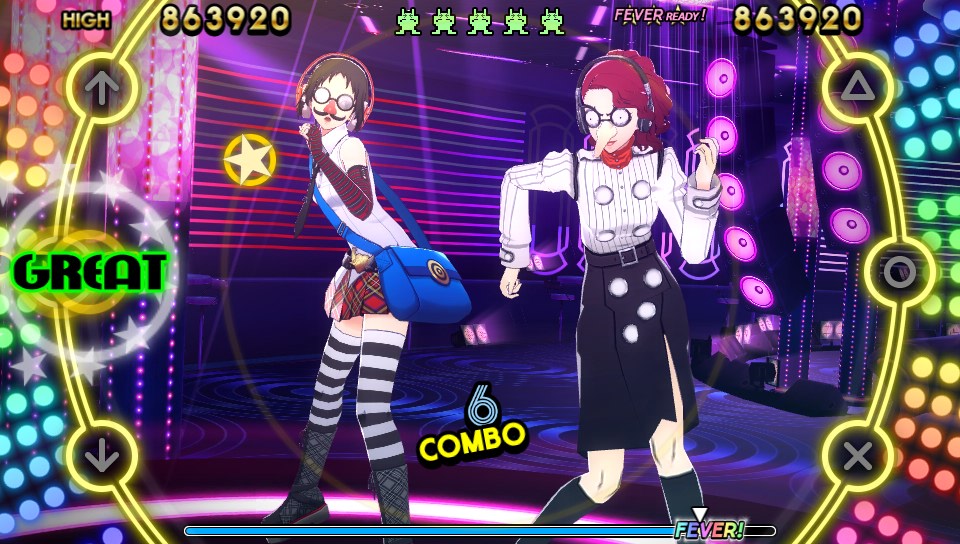 Along with the Story Mode, there’s also Free Dance Mode, which awesome and absolutely brilliant. In this mode, you can customize your dance with modifiers, increase the difficulty and unlock a whole host of extra stuff. Free Dance Mode will have YOU Dancing all night…literally! You can also unlock medals for playing songs on the hardest difficulty. There is plenty to do and lots of replay value so if you like Persona 4 and love music games then Persona 4: Dancing All Night is a must have.

The trophy set is not very difficult, but it is a bit grindy… but definitely not as grindy as the other Persona 4 games. P4DAN is a very worthwhile and fun Platinum to aim for, so be sure to enjoy your time with this groovy game! 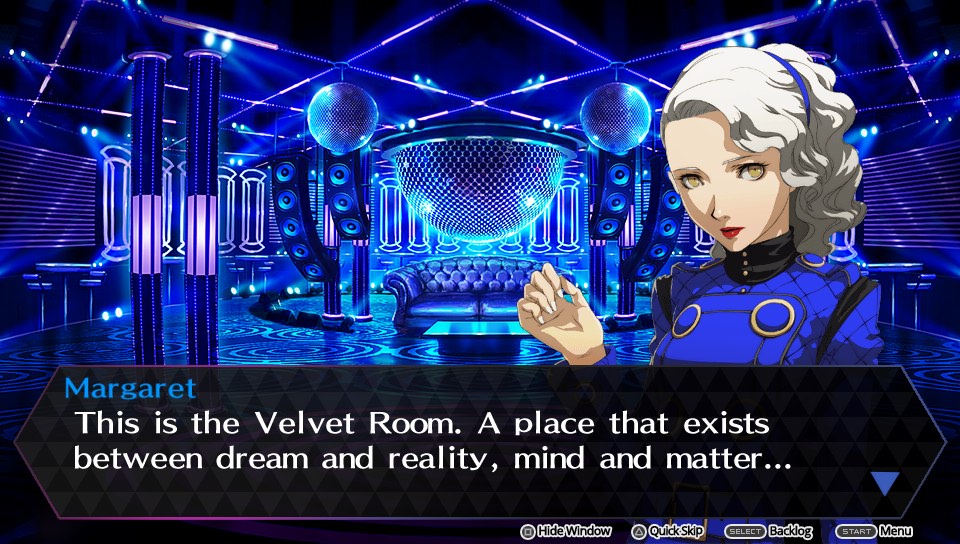 Disclaimer
This review is based on a European copy of Persona 4: Dancing All Night provided by NIS America. 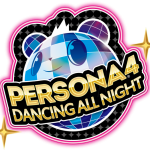 NIS America Is Bringing Stranger of Sword City To The US And Europe In 2016!

Odin Sphere Leifthrasir Is Getting A Special “Storybook Edition”