We’ll be working on a review for Piczle Puzzle & Watch Collection, so I got in touch with James Kay to talk a bit about its development. Come check it out!

PS4Blog: Hi! It seems like it was only yesterday that we talked about Piczle Cells, and here you are to showcase a new game! How is everything on your end?

Busy, as you can imagine! Two new games in as many months can take it out of you as a developer. 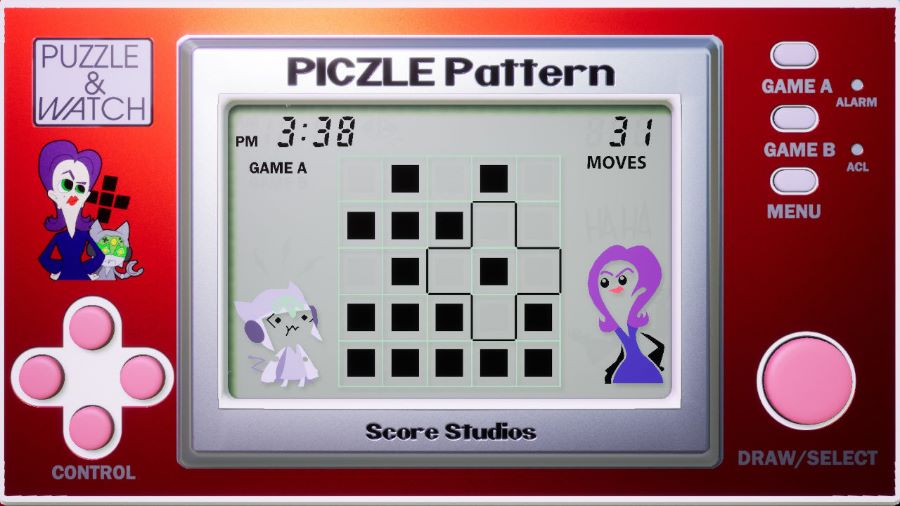 Well now… You know how the toys and TV shows and films from when you grew up are, in your mind, the best ever? I was playing games from a very early age, and I have extremely fond memories of Nintendo’s Game & Watch series as well as other LCD games from around that time. The Puzzle & Watch collection is an ode, a love letter to those consoles. The form factor, the feel, the games themselves are extremely nostalgic for me and, I hope, a lot of other players as well. I created three versions of such an LCD game around logic puzzles, thinking how they would work – mostly from a design perspective; I ignored the technical limitations of that time. How would a nonogram game work with the limited screen and button setup?

Aside from three puzzle games, I also do a lot of nostalgia service. You “unbox” the game, you can look at each console and packaging materials up close at leisure, you have to read the manuals which are on paper (well, they *look* like they are on paper). Everything to recreate that feeling, say, a nerdy little boy might have on a Christmas morning in the 1980s unpacking, for example, Mario’s Cement Factory. 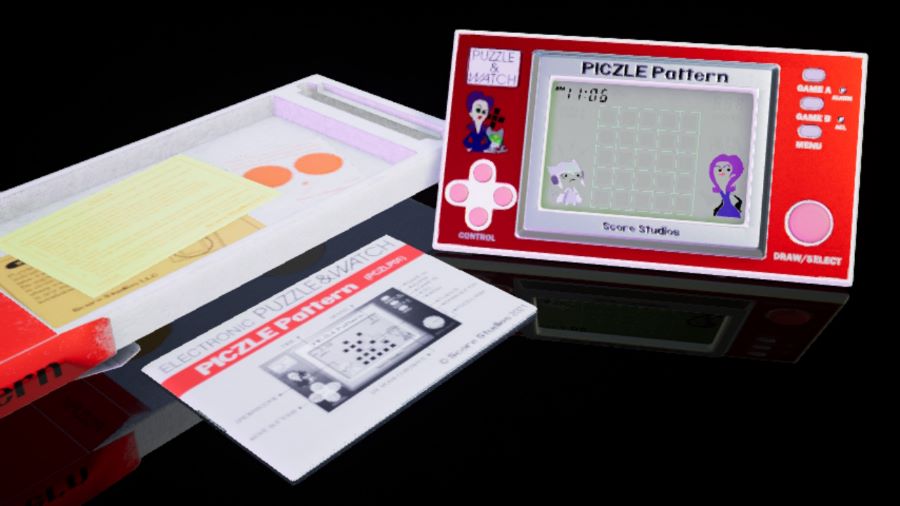 PS4B: So, can you use the Nintendo Switch’s touchscreen to tap on the buttons on each of the games and the D-Pad for Piczle Cross?

All the games have Joy-Con control and touchscreen input. You can turn on or off a little button help overlay to see which Joy-Con buttons correspond to which buttons on the game you’re playing. With the touchscreen, you literally press the buttons on the on-screen console. Without physical feedback, it maybe isn’t as intuitive as using the Joy-Con, though, but the nature of the puzzles is more about relaxing than twitchy input, so it is still very playable. I imagined people would remove the controllers and play using the touch screen as if holding a rather large Game & Watch console – just don’t press down on the glass, it might damage the liquid crystal display! 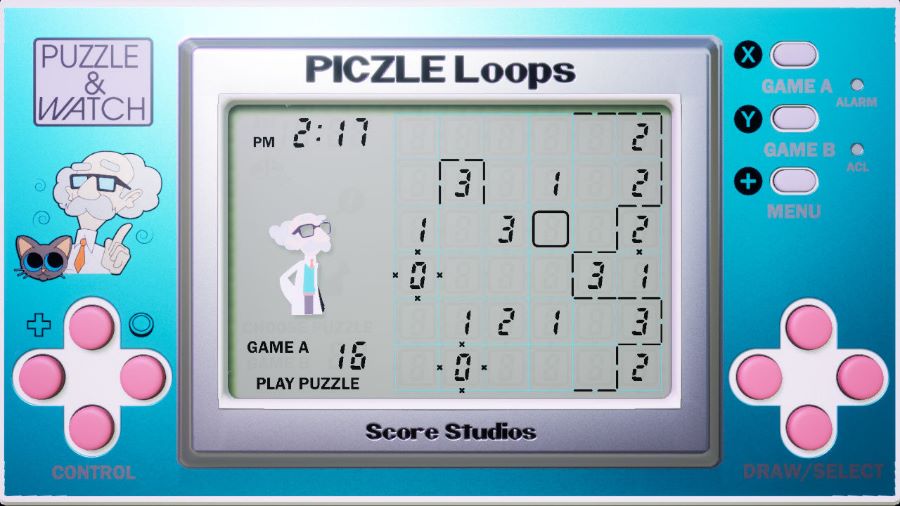 PS4B: The trailer got my attention right away, and I love the Game and Watch homage. Let’s be honest… How soon can we get these three games as actual physical Puzzle & Watch mini-consoles in our hands? I’d settle for having the one mini-console with all three games and interchangeable faceplates.

Oh, man, I would LOVE that. Sadly, unlike Nintendo themselves, I am not made of money. Even just using the form factor with a little emulator inside, like the recent Mario and Zelda offerings, would be pretty neat. Thinking beyond that, even a dedicated nonogram handheld device absolutely packed with puzzles you can play on the go would be amazing.

Aside from the cost involved in creating a device like that, it is also sadly well beyond my meager technical know-how. 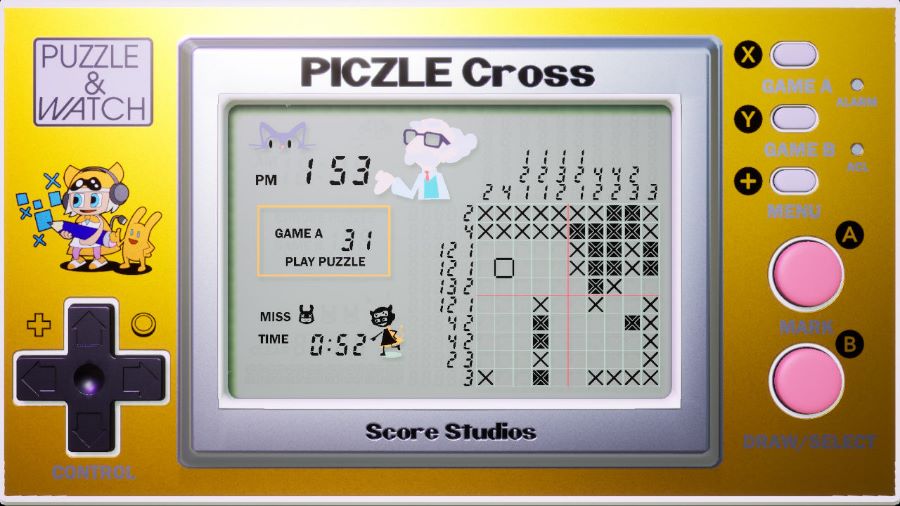 PS4B: Oh well… with that not being an option, how about a physical version of this collection on Nintendo Switch with physical versions of the manuals? Maybe throw in Piczle Cells as a bonus game!

Again, I am open to that option if there is a publisher willing to make the necessary investment.

I’d just like to say that I *am* still working on the next proper Piczle title with all the bells & whistles players have come to expect. These two titles – Puzzle & Watch Collection and Piczle Cells – are just two smaller titles to keep players happy while I continue developing the next Piczle game. I hope people enjoy them! 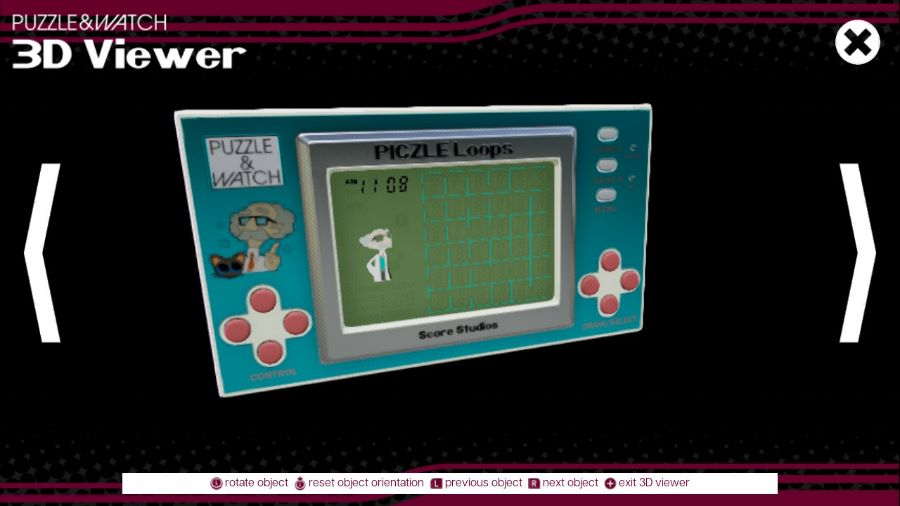 Dreamscaper On Its Way To Nintendo Switch