We’re working on a review for Slayin 2, so I got in touch with Philipp Döschl at FDG Entertainment to talk a bit about the game. Come check it out!

PS4B: Morning! Thank you for joining us. How are you doing?

Doing good, thanks! The Covid-19 restrictions are getting less harsh. Some team members will also soon return from home office. We kinda miss working together in the same place. Other than that, we’re all fine! 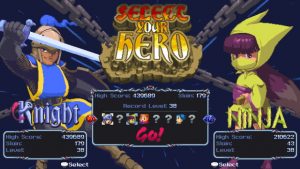 PS4B: Slayin 2 is ready to go on Nintendo Switch. What can you tell us about this game?

Slayin 2 is a faced paced action RPG, based on the mobile smash hit Slayin’. Instead of the original game’s endless gameplay, Slayin 2 has a world map with many different stages and settings, a full-fledged story, eight different character classes, tons of equipment, a captivating soundtrack by Matt Creamer (Retro City Rampage) and a two-player co-op mode. If you’re looking for a cool action game with RPG elements, Slayin 2 might be your thing! 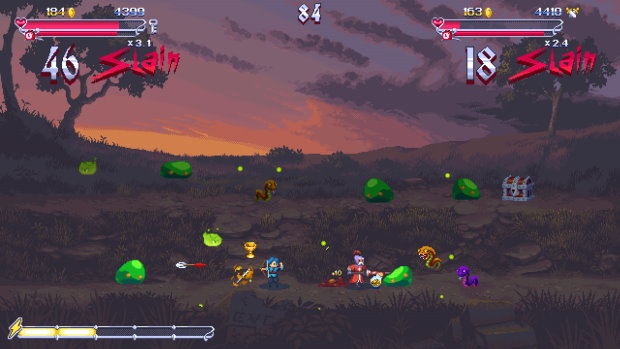 PS4B: What drew you to working with Pixel Licker on bringing this game to Nintendo’s console?

After successfully working together on Slayin’, which released in 2013, it was natural to continue this successful partnership. We wanted to build upon the successful formula and take it a few steps further. The move to consoles was an opportunity to make the gameplay more complex and deeper than it was before. This time, the game has a fun fledged story, different game modes, and a lot more to offer. To me, the coolest thing, besides the music, is the two-player co-op mode than can be played in Tabletop Mode with two Joy-con. We tried our best to take full advantage of what Switch has to offer. 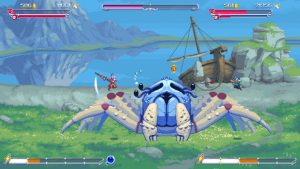 PS4B: Since Slayin 2 is out now, what is FDG working on next?

We’re already working on a couple of new games and are also setting up a new internal dev team. It’s still too early to talk about anything, but we have quite a few amazing games for all platforms (consoles, PC and mobile) in production right now. So be sure to stay tuned! =) 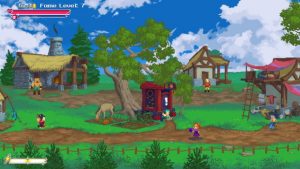