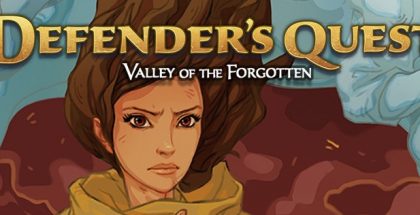 We gave it a 8 out of 10, and quoted it a “Hectic and challenging tower defense/RPG“!

If you’re looking for a fun and challenging tower defense/RPG on PlayStation 4, then Defenders Quest: Valley of the Forgotten DX will scratch that itch. If you ever played Final Fantasy Crystal Defenders, then you’ll feel right at home when you take this one for a spin on PS4. There’s a lot of content to play, plenty of customization options and a ton of potential combinations for your team of defenders and the skill and abilities they can use.

Now’s YOUR time to win a FREE US PSN copy of Defender’s Quest: Valley of the Forgotten DX on the PlayStation 4.