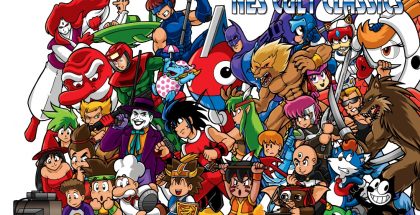 We’re fans of Hardcore Gaming 101, so I got in touch with Kurt Kalata to talk about the site, the book, the Patreon and more. Come check it out!

So, I’ve been out writing about old video games on the internet since 1997, which is…oh God, over twenty-two years by now! I started making a Castlevania fan site, hosted on Geocities, called The Castlevania Dungeon, back when I was in high school. After maintaining that on and off through college, as well as establishing a Contra fan site, I had started to get a little bit tired of writing about just those series, so I founded Hardcore Gaming 101 in 2004 to cover much broader topics.

In 2011, self-publishing through the internet was becoming easier, so I decided to start up a series of books that compiled some of the articles from the site, bundled together by theme. We’ve been doing that ever since, and now there are sixteen total books in the series, not counting ones I’ve translated or published for other writers, or others we’ve been involved with.