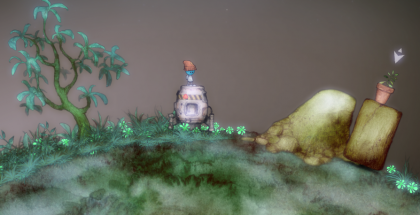 Amazing Discoveries In Outer Space Has Been Updated

Tracey had a lot of fun with ADIOS (Amazing Discoveries In Outer Space), and we’re happy to report that the game has received a sizable update that is being called the Potted Plant update. This update is being released after taking into consideration the feedback received from players, basically offering a chance for new players to find a more accessible game while, at the same time, giving hardcore fans a deeper experience. Oh, and it’s free!. As for what’s included in this update, the Potted Plant contains:

END_OF_DOCUMENT_TOKEN_TO_BE_REPLACED

You are all alone on an empty, desolate planet. You have no clue where you are or who you are. Your only friend is your computer ZING who informs you that the only way to get back home is by jumping from solar system to solar system and pray you get lucky… or else it could take years to get home, if at all! You are trapped in the vast open space, and your sole mission is to make it safely back home, as you make some amazing discoveries along the way.