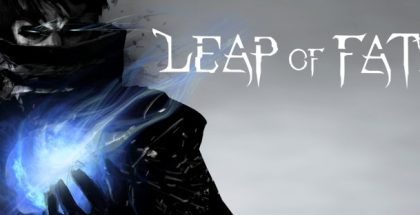 We’re playing Leap of Fate to bring you a review, so we got in touch with Clever-Plays to talk about the game’s development for PS4.

PS4Blog: Good afternoon! Glad you managed to join us for this PS4Blog.net interview. Would you mind introducing yourself to our readers and letting them know a bit about your work and role at Clever-Plays?

Hi there PS4Blog.net! I’m Mattieu Bégin, co-founder and game director at Clever-Plays, an independent game studio in Montreal, Canada. I’ve had over 10+ years of experience in the industry, 5 of which were spent at Ubisoft Montreal as a game designer and project manager. I started Clever-Plays back in 2013 because I wanted to see more quality, challenging games that anyone could play. In 2016, we successfully made Leap of Fate on PC and have since launched it on PS4 and mobile. Along with wife (co-founder and business manager), we work with a talented team of 6 to make our passions a reality. Currently we’re working on our next (secret!) project.

Something interesting about me is that I actually have a Ph.D. in Biological Sciences and Genetics… let that tell you that it’s never too late to follow your dream career!