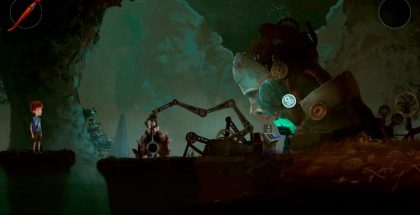 The giveaway for Nubla 2 is now over. And the random winners aaaaare…

END_OF_DOCUMENT_TOKEN_TO_BE_REPLACED

The FREE GAME giveaway for Nubla 2 is going smoothly… but if you want a chance to win a free copy of this game, then you better act fast!

Giveaways are free to enter, and you could win a … END_OF_DOCUMENT_TOKEN_TO_BE_REPLACED 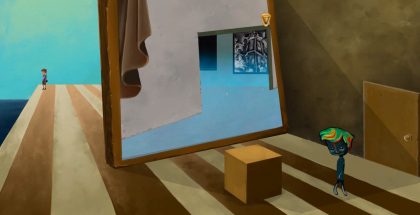 EdEN reviewed Nubla 2, a puzzle/platformer with a charming art style on the PlayStation 4, from Gammera Nest. We’ve even interviewed Gammera Nest about their Nubla 2 release!

We gave it a 7 out of 10, and quoted it a “Interesting release that merges art and video games“!

Nubla 2 is a great improvement over its prequel, feeling more like a proper platformer/puzzle game with a great art style and an interesting overall message. The first Nubla at times felt more like an art exhibit come to life than a video game during its PlayStation 4 debut, so kudos to Gammera Nest for improving on the formula. I had fun during my time with the short game, which you can probably finish in around 4-5 hours at most, and I look forward to seeing what the studio offers next.

Now’s YOUR time to win a FREE EU PSN copy of Nubla 2 on the PlayStation 4.

END_OF_DOCUMENT_TOKEN_TO_BE_REPLACED

We’re working on a review for indie game Nubla 2, so I got in touch with Daniel Sanchez from Gamera Nest to talk a bit about its development. Come check it out!

First of all, thank you for this interview and your interest in our video game – it´s very important for us. Gammera Nest is a company that was born in 2013, practically at the same time as Nubla because, although we had started working on some experimental projects, that year the Thyssen-Bornemisza National Museum asked to create a videogame for them to talk about their work and the art, all without being an educational game or by showing their paintings in a direct way. It was a challenge that has brought us to where we are today, a process in which we have worked on and taken our philosophy of game development and design to other museums, working on projects with artistic groups from around the world – this summer we created a performative experience as a video game with a Colombian collective called Bestial Radio that helped us win the Best Cultural Video Game Award in Madrid.

As a video game developer, I have been in the industry since 2004. That year I stopped working in film distribution to move to the world of video games for mobile phones which were just getting started back then. I founded my first company, Mayhem Studio, in 2006, with licenses such as Cyberpunk 2020 and The Call of Cthulhu RPG. For more than six years we focused mostly on products for mobile phones. For the last two years with our spin-off, Digital Jokers, we started working on PlayStation.

In 2012 we disappeared as a company, since I wanted to dedicate myself completely to teaching, but a year later PlayStation and the Thyssen- Bornemisza National Museum asked me to embark on this adventure that brought me back to the world of video games, although with a very different focus from what I had worked on before. We nowadays work practically exclusively on PlayStation, and our projects are mainly focused on the world of culture and art.