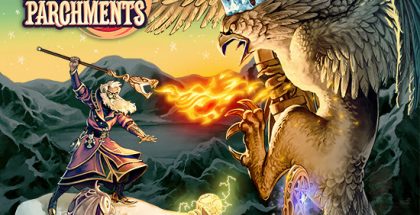 Nine Parchments from Frozenbyte is available today for PlayStation 4! Learn more about this fun single-player and co-op action RPG and check its new trailer.

END_OF_DOCUMENT_TOKEN_TO_BE_REPLACED

Nine Parchments is out tomorrow on Nintendo Switch and it will also soon be making its way to PlayStation 4, so we got in touch with Frozenbyte to talk about the game.

PS4Blog: Hi! Thank you for joining us. Could you please get us started by introducing yourself to our readers and telling them a bit about your work?

Thanks for having me I’m Kai, and I work as the Marketing Manager here at Frozenbyte. As you might guess, I’m mainly involved in the marketing aspects of the game – letting people know the game exists! Now that the release is almost upon us and most of the team can take a well-deserved break, the launch craziness starts for me.

We always try to do as much as possible before the launch, like recording gameplay clips of the game for trailers, taking screenshots, contacting the press, etc., but it always inevitably, comes down to the last few weeks and months. On the other hand, it’s super exciting that the game that we’ve been playing for two years is finally being released and everybody gets to join in on the fun that we’ve been having!

END_OF_DOCUMENT_TOKEN_TO_BE_REPLACED

Frozenbyte got in touch with us to announce that they are currently working on Nine Parchments, a new co-op game coming to PlayStation 4. There’s still no solid release date for the game other than a vague “Coming 2017” from the studio, but for now you can check the announcement trailer below to see what they are aiming to do with this new PS4 game.